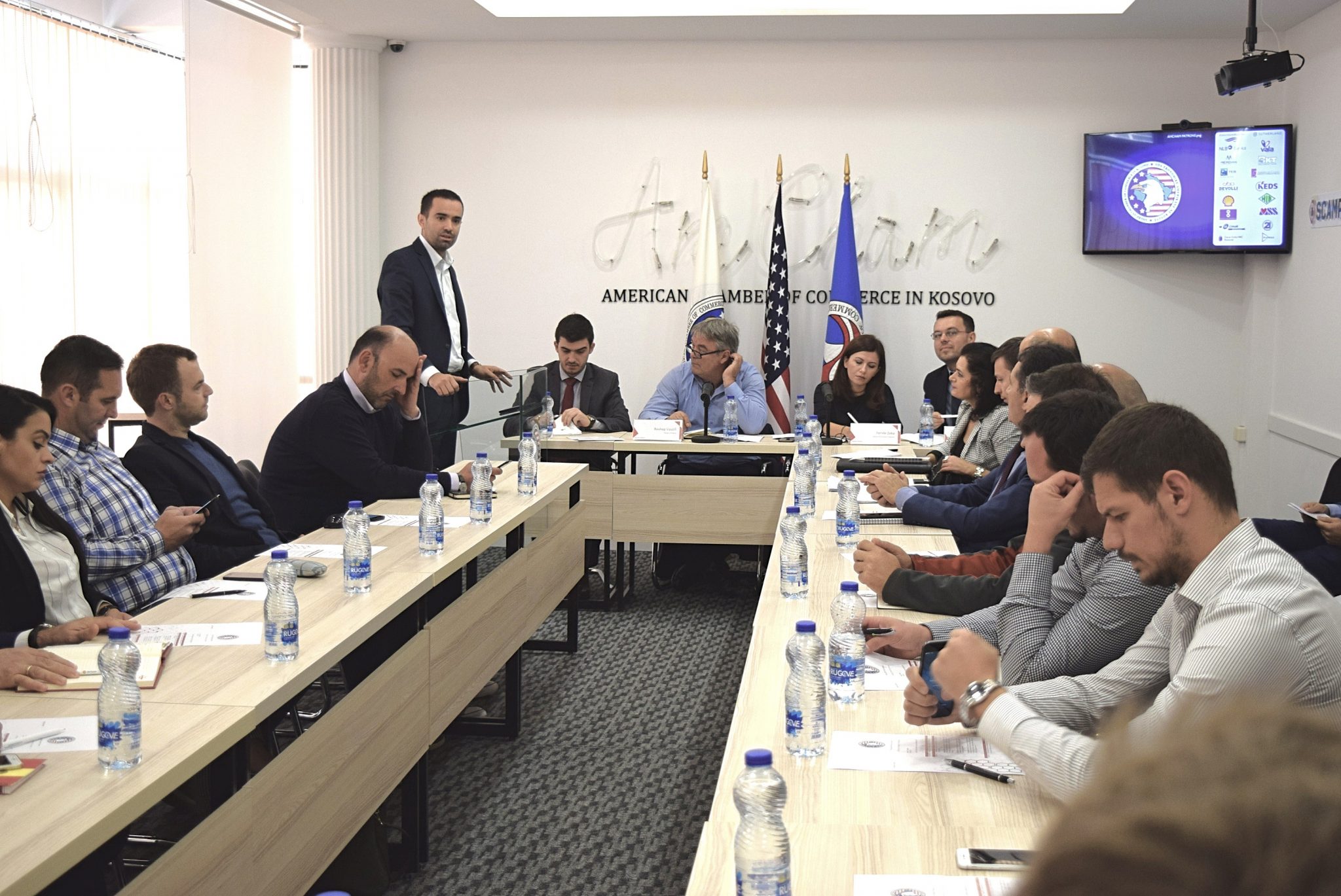 Prishtinë, October 4, 2018 – The Instrument for Pre-Accession Assistance (IPA) Funds are an essential opportunity towards Kosovo’s accession process to the European Union, and also an important factor in providing financial support for the private sector in the country. This was said today in the roundtable organized by the American Chamber of Commerce in Kosovo aiming on informing businesses with IPA Funds application procedures and also the benefits arising from this support.

Feride Zeka, Senior Officer for Economic Development at the Ministry of European Integration, said that IPA funds are a component through which EU provides financial support and technical assistance for candidate and potential candidate countries. Zeka mentioned that IPA II funds have a significant importance for the private sector also, besides the numerous aspects in state reforms that need to be considered to become a EU member, such as good governance, rule of law, competitiveness, education and agriculture quality growth, environmental policies, and others. She clarified that the support provided from IPA funds is based on identifying the needs in various sectors, and consequently set the priorities for financial support in certain areas.

Rexhep Vasolli, Director of Department of European Integration and Policy Coordination at the Ministry of Finance, said that the Ministry of Finance aims on ensuring co-financing within the regulatory aspect of the EU-Kosovo agreement. He added that despite the action taken by the Government of Kosovo in addressing the priorities to be financed from IPA funds, Kosovo’s benefits remain very low, mentioning that Kosovo has access to two components within the IPA2, in cross-border cooperation and increasing capacities in technical assistance, as well as the sector budgetary support. Further on, Vasolli informed the attendants about the criteria on qualifying for IPA funds support and also the benefits Kosovo has taken within this agreement in the past, concluding that Kosovo is currently a beneficiary country of support in public administration modernization with technical assistance and also in public finance management.

Irfan Lipovica, Director of the Department for European Integration and Policy Coordination at the Ministry of Trade and Industry, said that Kosovar businesses should increase their capacities in order to benefit from schemes and projects financed through IPA funds. He added that grant schemes for the private sector aim mainly on business competitiveness growth, specifically for manufacturing companies, saying that projects with impact on employment and exports growth will be prioritized. Besides this, Lipovica also informed businesses present about the utilization of IPA funds by harmonizing the legislation in line with the EU directives, as well as developing mechanisms in law implementation.

Businesses that were present in this roundtable called upon institutions to further support businesses for providing information on IPA funds utilization opportunities which would enable better utilization of funds and consequently result in socio-economic development in Kosovo.