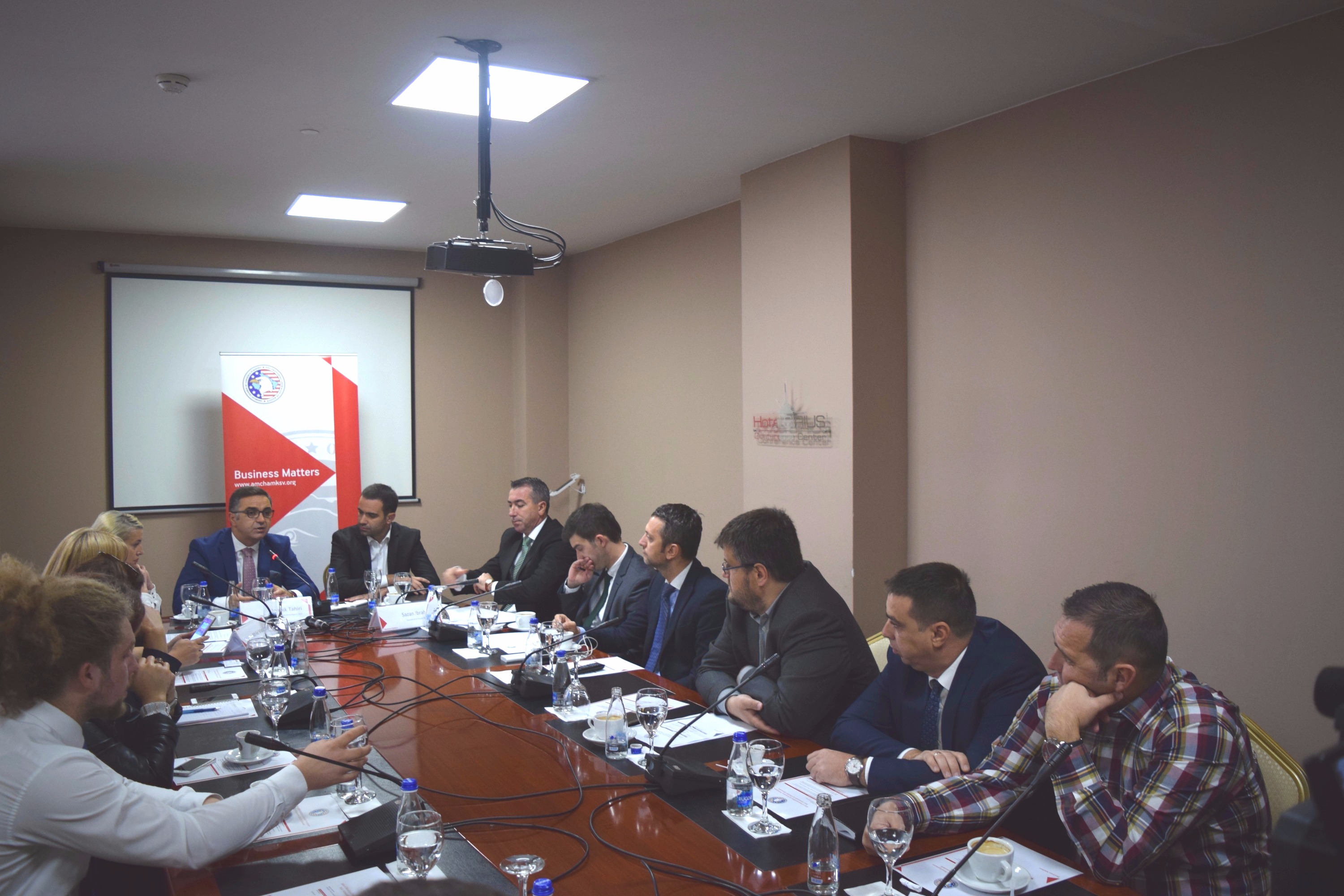 Prishtina, October 16, 2017– Municipalities have a very important role in supporting economic development goals, and respective institutions must make sure to eliminate all barriers that municipalities may face in carrying this role. This was the main message to be drawn from a roundtable organized by the American Chamber of Commerce in Kosovo, titled Role of Municipalities in Economic Development.  Arian Zeka, AmCham executive director said that the role of municipalities in economic development, be it in local, regional or national level, should not be underestimated, and institutions need to make sure that the existing legislation does not pose any barriers or uncertainties that inhibit local administrations to have an important role in this aspect. Besnik Tahiri, local governance expert, said that municipalities should be considered economic development entities, despite the fact that their competencies in this regard are few. He pointed out a number of difficulties smaller municipalities face with in generating own source revenues, which makes it difficult for them to collect enough revenues for implementing capital projects. However, he mentioned the Law on inter-municipal coordination, as a good opportunity for municipalities to have a greater say in the overall economic development. Given that the decentralization process has been implemented for 10 years now, Tahiri stressed the need to review the entire local governance system in Kosovo.

Mrikë Macula, executive director of the Association of Regional Development Agencies, explained the role that this institution has in promoting local economic development, and highlighted a number of initiatives that resulted in private sector investments and the creation of new jobs in respective municipalities. Given the foreseen competencies, Macula stressed that municipalities must make sure to create a favorable doing business environment in their territories, which would stimulate both domestic and foreign investments. On the other hand, Sazan Ibrahimi, executive director of the Association of Kosovo Municipalities, said that overall the legislation which governs the competencies of municipalities in terms of economic development is favorable. However, municipalities have identified the need to amend the Law on the Allocation for Use of the Municipal Property and the Law on Public Private Partnerships. Ibrahimi said that these amendments have already been initiated and they aim to clarify and facilitate respective procedures in order to stimulate investments. Lastly, he informed participants that the new Law on Property Tax is expected to include a property tax for agricultural land.

Participants at this round table had the chance to discuss other topics related to local economic development, including the need for a better and more professional management of public enterprises.