Investment possibilities in Kosovo promoted in the Iowa, USA 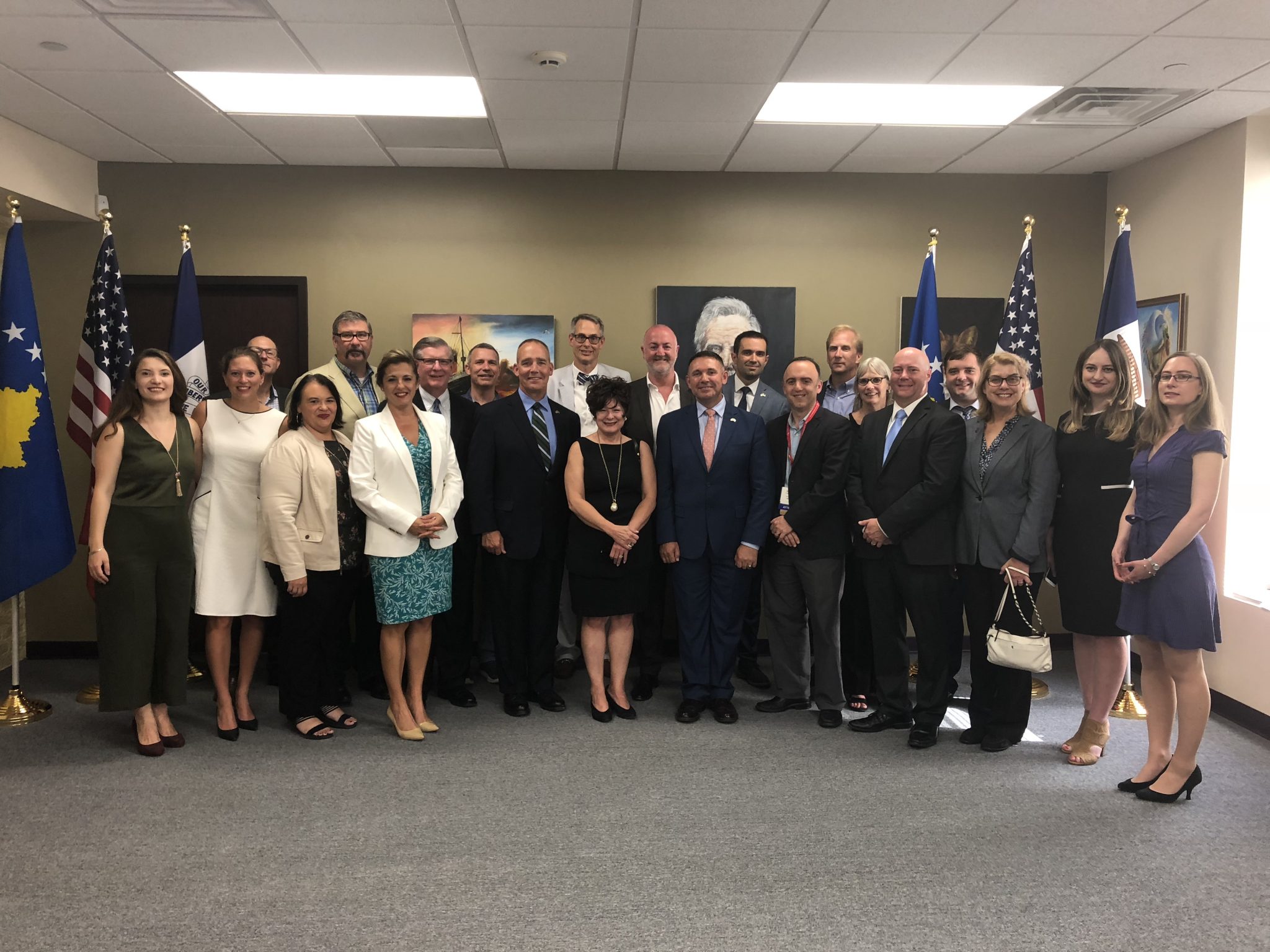 Investment possibilities in Kosovo promoted in the Iowa, USA

Prishtinë, July 22, 2018 – Under the organization of the Consulate General of the Republic of Kosovo in Iowa, and with the support of Ministry of Innovation and Entrepreneurship, the American Chamber of Commerce in Kosovo promoted in Des Moines, Iowa investment possibilities in Kosovo. Attendants of this event included businesses and chief executives of business associations in the United States of America, representatives from the World Chambers Federation, and also from other countries such as Brasil, Australia, France, Cayman Islands, etc.

In the opening of this event, Consul General of the Republic of Kosovo in Iowa, Xhavit Gashi, talked about the developments made in Kosovo, as well as for the special state partnership between Kosovo and Iowa. He thanked the authorities of military, economy, education, and culture in Iowa for advancing the cooperation between both countries in numerous areas.

Executive Director of the American Chamber of Commerce in Kosovo, Arian Zeka, said that despite the fact the Kosovo is a young country, it has improved significantly in doing business, this reflected also in the World Bank’s report which measures doing business, and the report of The Heritage Foundation on global economic freedom, ranking Kosovo higher than most of the Western Balkans countries, even European Union member countries. He informed the present business representatives on the decision made by the Government of Kosovo in establishing the Special American Economic Zone in the city of Gjakova. He said that potential US investors, within the zone, will be offered property without payment, tax exemptions from Customs for production lines and raw materials, customs storage in the zone, and also an office which would cover all application procedures for building authorization and other operative licenses in the name of US companies. He added further that Kosovo offers a friendly environment for US companies, and this Zone is a unique model in the region and further which is dedicated for US companies only.

Present in this event were also General Timothy Orr, General of the Iowa National Guard, Kim Heidemann from the Orgnization of Iowa Sister States, and Debi Durham, Director at Iowa Economic Development Authority. Durham organized also a meeting for the US company “Ideal Energy” which presented to the Consul General and AmCham Executive Director its plan for investments in generating alternative energy in Kosovo.