The partnership between Iowa and Kosovo further continues 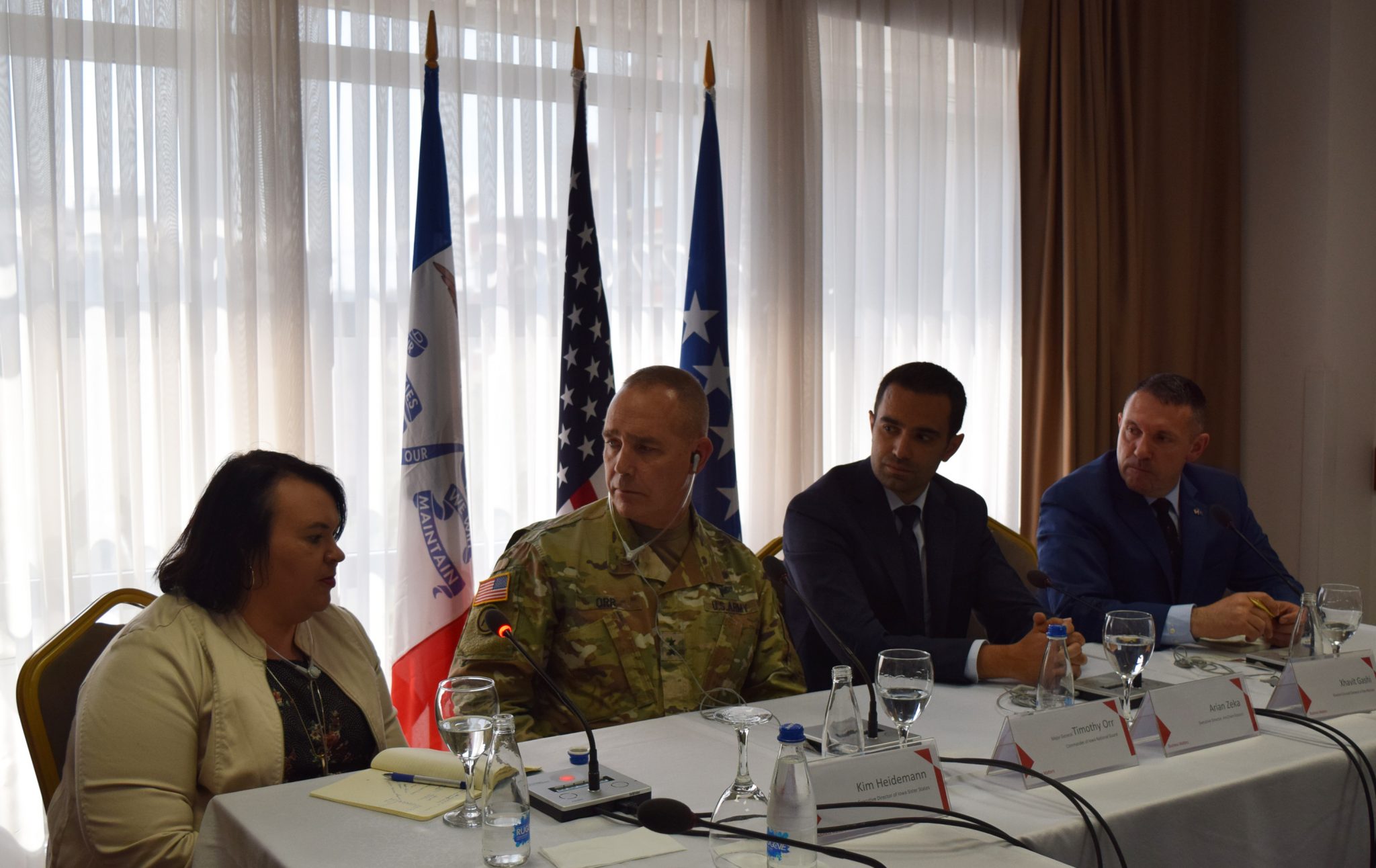 The partnership between Iowa and Kosovo further continues

Prishtina, May 10, 2018 – On the occasion of the fifth anniversary of the agreement between Kosovo and Iowa, American Chamber of Commerce in Kosovo organized a press conference where citizens got notified with the aspects of this cooperation which is growing in various sectors in Kosovo.

Arian Zeka, AmCham Executive Director, said that despite the large distance between both countries, Kosovo and Iowa share many characteristics. He said that even though this cooperation began in the military sector between the Kosovo Security Forces (KSF) and Iowa National Guard, it has expanded in other sectors, results of which will be seen in the upcoming years, adding that General Timothy Orr is the one who made this partnership possible.

Timothy Orr, General of the Iowa National Guard, said that amongst 77 partnerships they have with different countries, the one with Kosovo remains special and amongst the most actives. He said that he is pleased that this partnership has not remained in military only but expanded further, adding that, compared to last year, the delegation that came in Kosovo now includes 53 representatives which shows that there is interest from Iowa’s people for Kosovo.

Xhavit Gashi, Kosovo Counsel General in Des Moines, Iowa, mentioned some results from this cooperation such as the Iowans’ interest in Kosovar products. He said that besides the presence of the Stone Castle wine in Iowa’s market, it remains to be expected to have cooperation for other products as well, such as Birra Peja, Prince Coffee, etc. He said that during these year, this partnership has grown in other fields such as agriculture, economy, and even education it being crucial in creating a qualified labor force which would reflect the economic development of the country.

Kim Heidemann, Executive Director of the Iowa Sister States, said that Kosovo is the newest member in this partnership with 8 countries. She said that this partnership is also in the sports field, mentioning that during Summer Kosovo’s wrestling team will visit Iowa, and then a football team. Amongst others, she mentioned the cooperation with Kosovar businesses, connecting cities of Kosovo with the ones in Iowa, and also Iowa’s interest in renewable energy, agriculture, and construction.