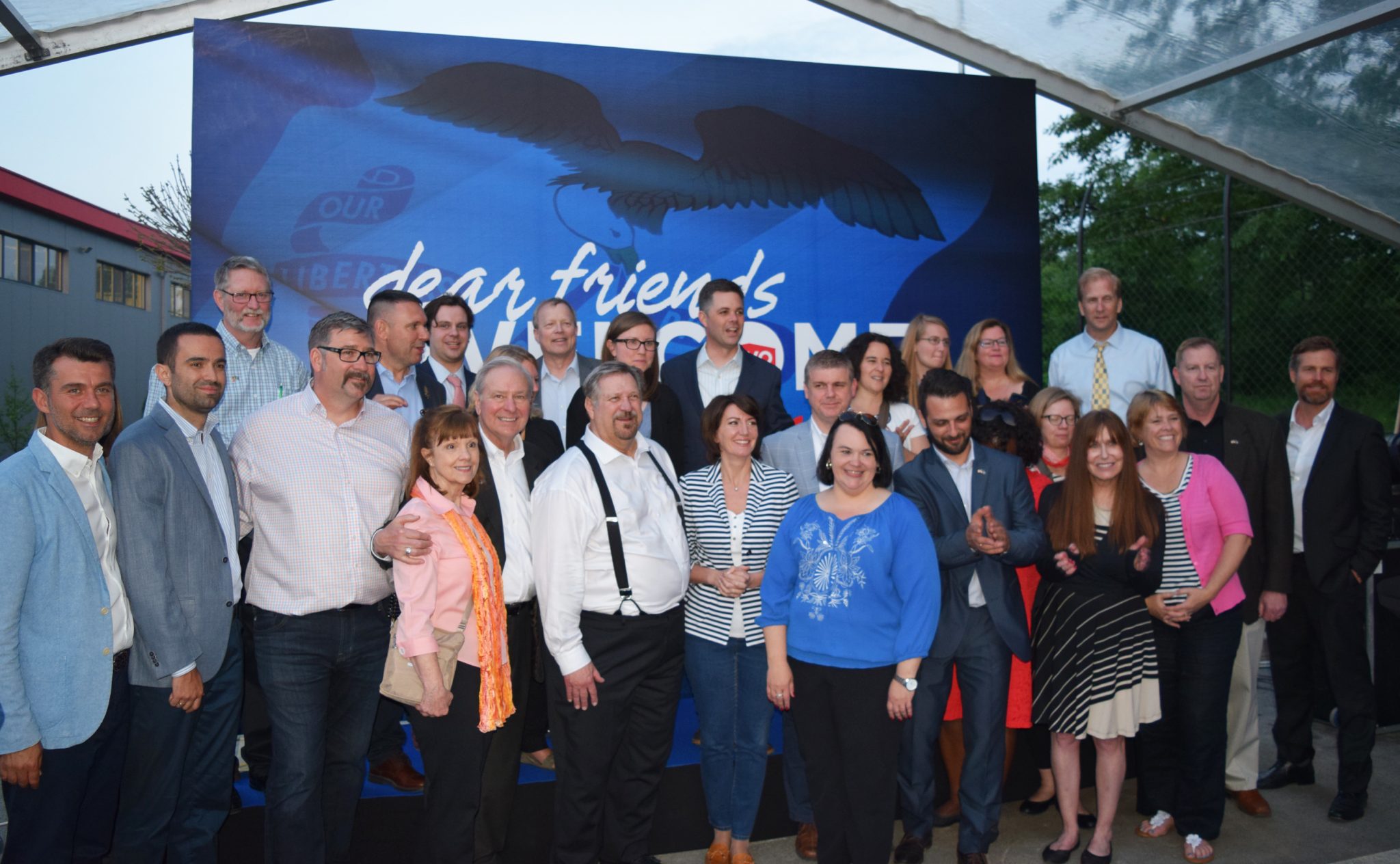 Prishtina, May 9, 2018 – American Chamber of Commerce in Kosovo organized yesterday many activities in welcoming the delegation from the U.S. state of Iowa staying for a visit in Kosovo. Firstly, a breakfast was organized at the AmCham premises with the Minister of Innovation and Entrepreneurship, Besim Beqaj, where the representatives of the Greater Des Moines Partnership business association got informed with the plans and developments in innovation throughout this year in Kosovo. Minister Beqaj thanked the delegation representatives for their continuous support for Kosovo and its institutions and discussed further on to maintain this partnership in the years to come.

Further on, the delegation visited AmCham member companies, Birra Peja, where they saw closely the processes of beer production, the business park in Drenas welcomed by SCAMPA, and the pharmaceutical company, Trepharm, where the presentation showed the process of producing drugs, followed by a visit in Emerald Hotel.

The activities were concluded with a reception organized by the company KIVO, during which activities the delegation from Iowa were notified with the Kosovar companies’ services and also cooperation possibilities for the future.

American Chamber of Commerce in Kosovo aims in keeping the partnership between Kosovo and Iowa, a partnership which started 5 years ago.