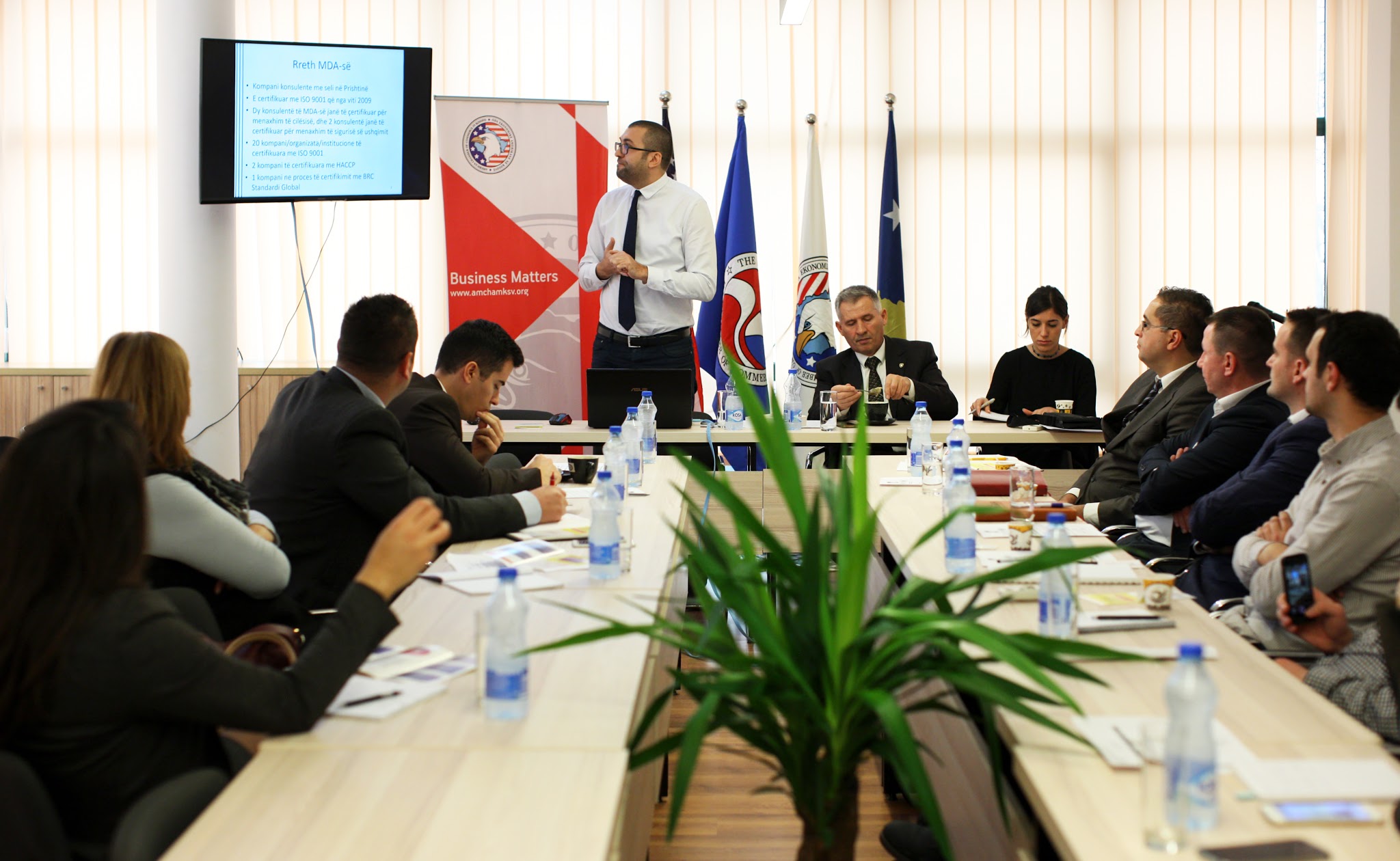 Prishtina, November 23, 2016 – In the workshop organized by American Chamber of Commerce in Kosovo, ISO standards have been identified as basic quality criteria to penetrate in the European market and build an infrastructure of quality upon these standards.

Hafiz Gara, Chief Executive of Kosovo Standardization Agency considered that ISO standards are preconditions to creating quality of products, processes or even services, thus adding that this Agency is working to amend the current law, in compliance with European Union directives. Among the main challenges to fully implement ISO standards in Kosovo, Gara mentioned the certification sector and the low number of standards. According to him, certifications are necessary to create the validity of a company, adding that this agency is working towards creating a certification sector within this agency. Another challenge was considered the low number of standards in the country, which in turn, would lead Kosovo closer to membership in European Union.

Ylber Beqiri, Consultant in MDA said that the quality of products and services is a culture of organizations, in terms of structure, decision-making as well as every operation in compliance standards. According to Beqiri, standards define the quality objectives and at the same time the investment of a company, aimed to increasing efficiency and putting forward a certain standard, considering that improving and maintaining quality are the main goals of every single company.