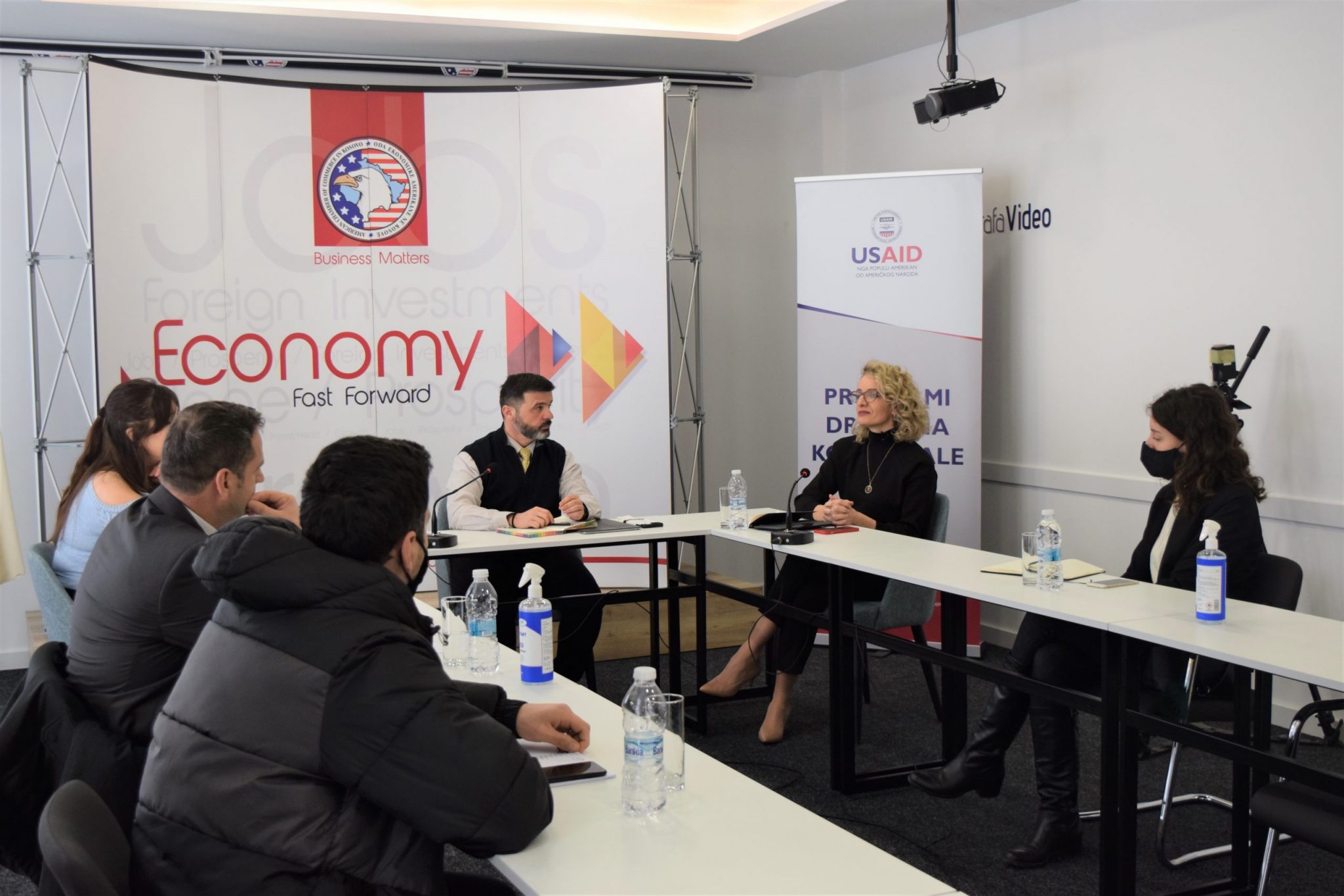 Prishtina, February 16, 2021 – The various difficulties in the functioning of courts undoubtedly play a role in their performance, thus also creating challenges for parties in resolving respective disputes, with special emphasis on commercial ones. The United States Agency for International Development (USAID) has not spared efforts to support the development of the justice system in Kosovo, therefore, the American Chamber of Commerce in Kosovo in cooperation with the USAID Commercial Justice Program have organized a virtual forum where representatives of projects from this organization discussed courts’ performance and arbitration.

During this forum, Tea Blakaj Hoxha, Secretary General of AmCham Arbitration Center, and moderator of the discussion, emphasized that considering the many investments USAID has made in different projects related to the justice system in general, or commercial justice in specific, it is highly important to hear about this organization’s expectations for the future of justice in Kosovo.

Vjosa Shkodra, Deputy Chief of Party at USAID Commercial Justice Activity, noted that one of the main objectives of this program is to increase capacities for developing commercial disputes within the Court of Appeal. In this case, according to Shkodra, following a careful performance evaluation of this court in the Department for Economic Affairs, including here case management, decision-making and engagement of judges or supportive staff, it has been estimated that it is absolutely necessary for the justice system in Kosovo to have a commercial court. This would also be a single address for the requests of businesses and foreign investors, stated Shkodra. Furthermore, she considered case delays, lack of expertise, the small number of judges and professional collaborators as main problems with which this court is faced.

Artan Hadri, Court Performance Specialist at USAID Justice in Kosovo Program, noted that the performance of courts, especially recently, has been notably lower due to the pandemic. Hadri highlighted that USAID has been supporting the justice system in Kosovo for a long time, be it directly, or indirectly through human capacities. He further noted that USAID has also been very active in supporting and promoting alternative methods for dispute resolution. According to Hadri, during this time, all courts and departments are in need of greater inclusion of professional collaborators, as well as administrative staff support. Nevertheless, he observed the achieving of such an objective as very unlikely during this year, as a consequence of lower budget due to the fight with the pandemic.

Representatives of AmCham business members were also part of this discussion, where together with the panelists they had the opportunity to discuss issues such as the recognition and execution of arbitration decisions in courts of other countries, the inefficiency of the court and its impact on business activity, and the usage of arbitration in general, among other things.