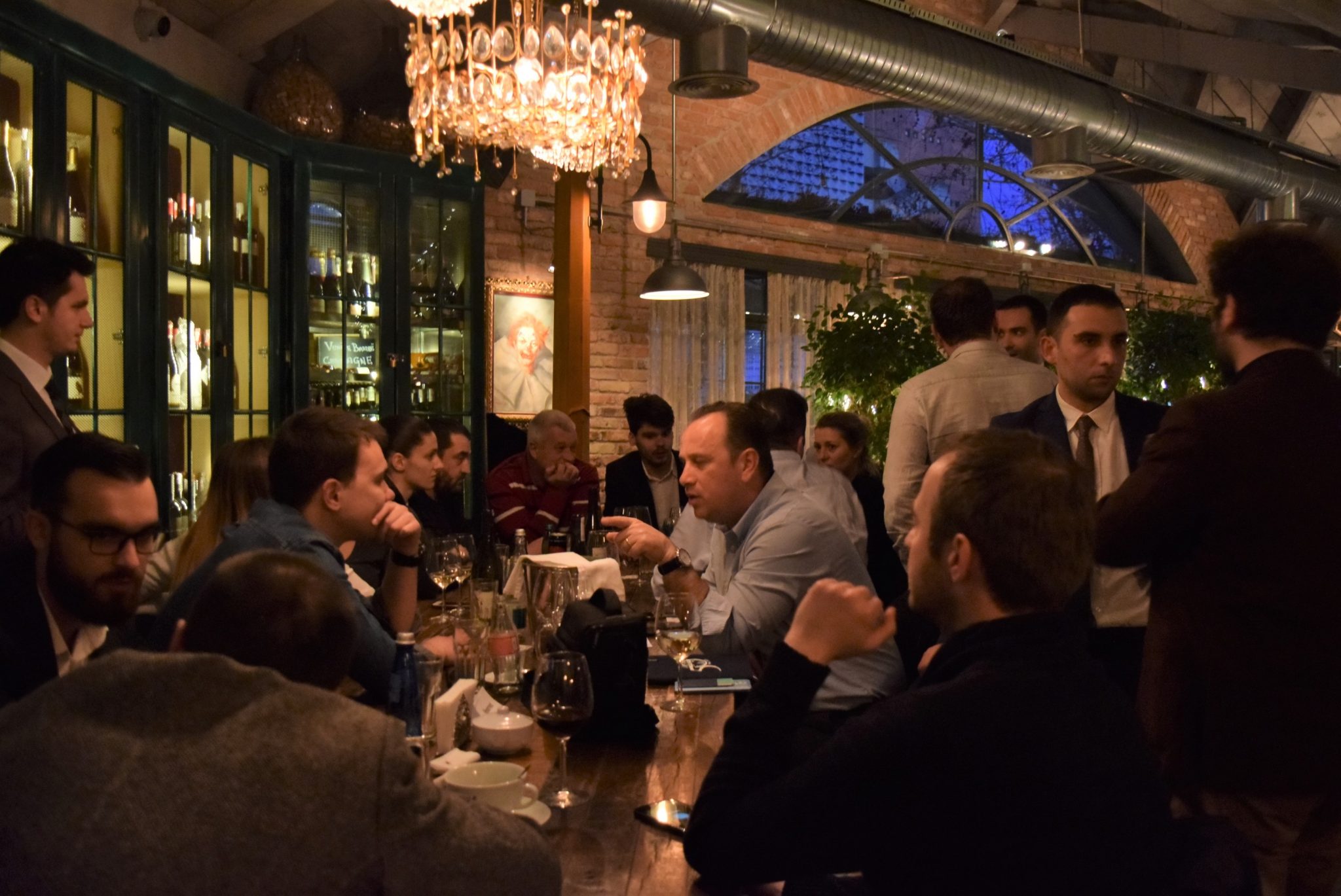 Prishtina, March 12, 2019 – With the purpose of increasing partnership opportunities between enterprises in Kosovo and Serbia, the American Chamber of Commerce in Kosovo organized a networking event with young entrepreneurs from the Atlantic Council of Serbia namely from the youth sector YATA.

During this event, AmCham member entrepreneurs had the chance to exchange their personal experiences with the group of 13 young entrepreneurs from Serbia.

The delegation from Serbia was organized by the Atlantic council of Serbia, and its youth sector (YATA), as part of a project called “The role and importance of KFOR for Albanians and Serbs in Kosovo”. As per the organizer, the main goal of this project is to lay the foundations of future friendship between young Albanians and Serbs, and creating a first step towards reconciliation.

Although informal, the event was a great networking opportunity for some of AmCham members – young entrepreneurs and the entrepreneurs from Serbia as well.