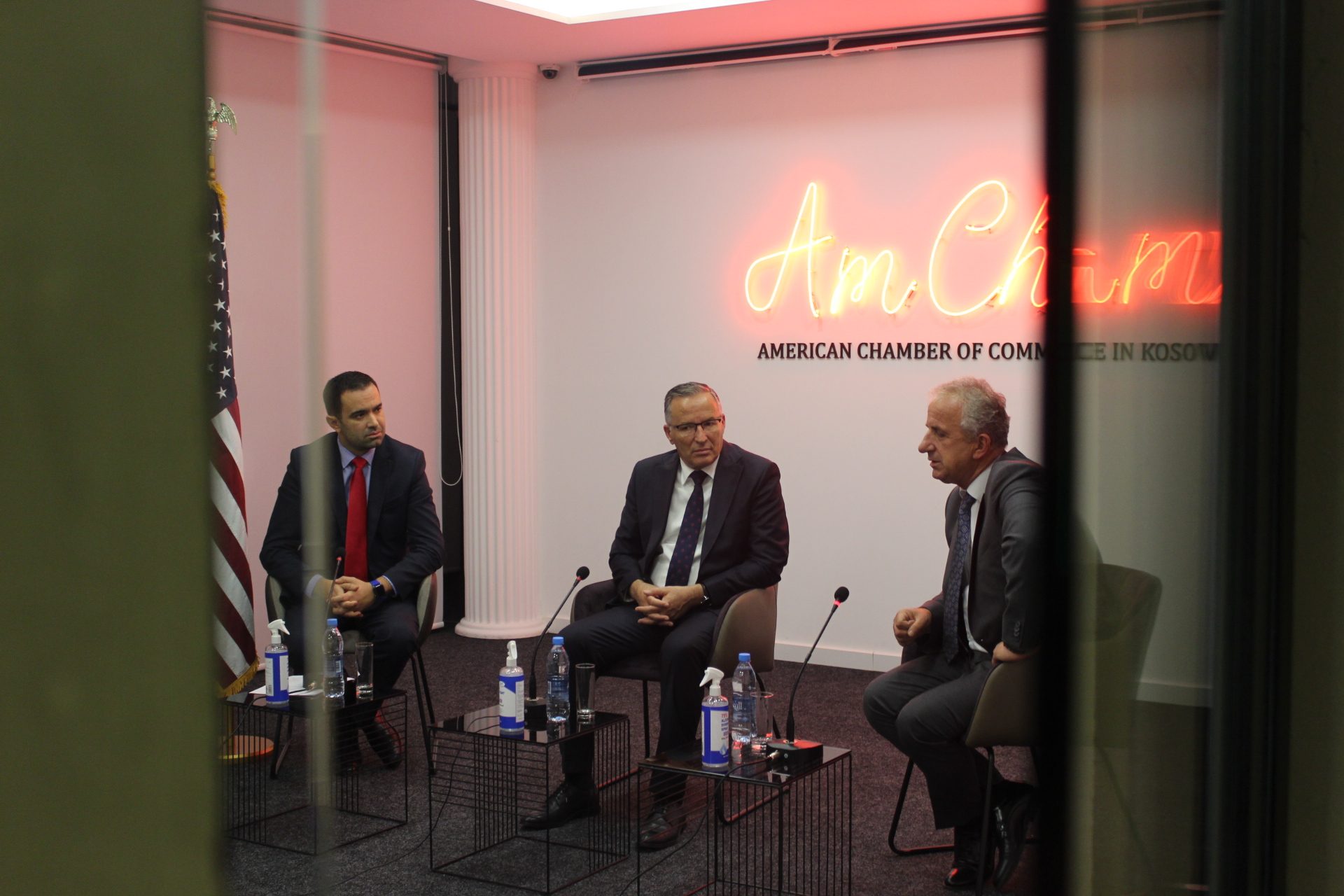 Prishtina, November 10, 2021– During the forum organized by the American Chamber of Commerce in Kosovo, in the framework of Global Entrepreneurship Week, the role of the local government in promoting entrepreneurship was discussed with the mayors of Kosovo.

The Executive Director of the American Chamber of Commerce in Kosovo Arian Zeka stressed that this forum focuses on the elements of the entrepreneurial ecosystem, which are inevitable, both at the local and central levels.

Bedri Hamza, the new mayor of Mitrovica, stressed that the issue of employment remains a priority and that businesses should be simplified administrative procedures, in order to have as few taxes as possible. He further mentioned that infrastructure and a special office for businesses should be created, emphasizing that the latter are facing a lack of professional staff, and in this regard, the profile of students is very important, as we are facing global competition.

‘A special fund will be created for new businesses in Mitrovica, especially for innovative businesses and those run by women and girls. The field of information technology will also have great support, having in mind that the future is the digital economy,’ said Hamza.

The mayor of Suhareka, Bali Muharremaj said that there is a significant number of businesses in Suhareka and that he sees great potential and interest from the diaspora to invest in this municipality. He further said that the industrial zone would give priority to new businesses and that schools, such as the technical school in Suhareka have helped the increase of jobs. “Health and occupational insurance remain challenges for Kosovo so that the potential of the workforce develops in Kosovo,” said Muharremaj.