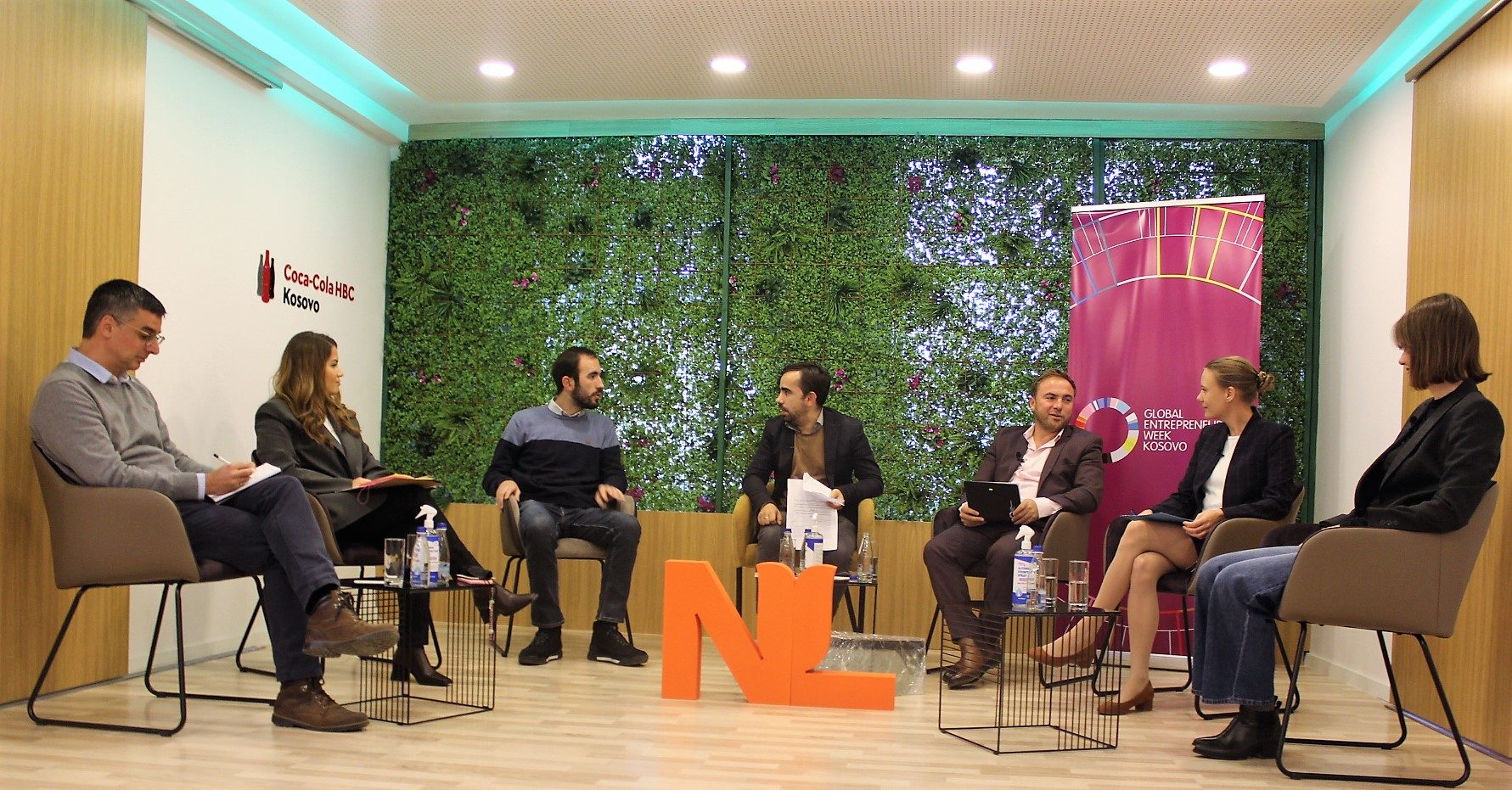 Prishtina, November 10, 2021– To discuss sustainable development and entrepreneurship in Kosovo, the American Chamber of Commerce organized its next forum, with stakeholders from the U.S. Embassy, non-governmental organizations, and the private sector.

Economic and Commercial Officer at the U.S. Embassy Valerie Tucker said that sustainable development is a sector that has potential for investment. Renewable energy and recycling are two areas that should be considered as the most important, she said. “Kosovo faces many challenges regarding the air quality and water resources, and these are critical to the environment in which we live,” Tucker added.

Guri Shkodra, project manager at SOWI Kosova said that we live in a time where great damage is being caused to our planet. He said that individual commitment, and then business commitment, is needed for a better and more suitable environment and that the challenges of entrepreneurs correspond more in the legal aspect than in the financial one.

The Project Coordinator at the Balkan Green Foundation, Shpend Mustafa emphasized that through training, this foundation helps young people to have a great impact on society with their business ideas, up to the right result during their journey. Further, Mustafa called for the help of existing small businesses, as well as new ones.

Valon Hoti, director of the company Zinkunie said that there is room for improvements in terms of the environment in Kosovo compared to the European market. Hoti called on entrepreneurs to focus on recyclable products, as well as foreign investors to support Kosovo in creating a better environment for the community.

Donikë Beqiri, the research assistant at INDEP, mentioned the importance of including subjects that support the environment and the green agenda in schools. In this way, Beqiri said that a new teaching culture will be created for pre-university education.

Karsten Klapp, founder of ‘GoBeyond’ said that Kosovo has great potential for entrepreneurship and added that production depends on farmers. He encouraged entrepreneurs to think about the future of the business and its impact on the environment in which we live.