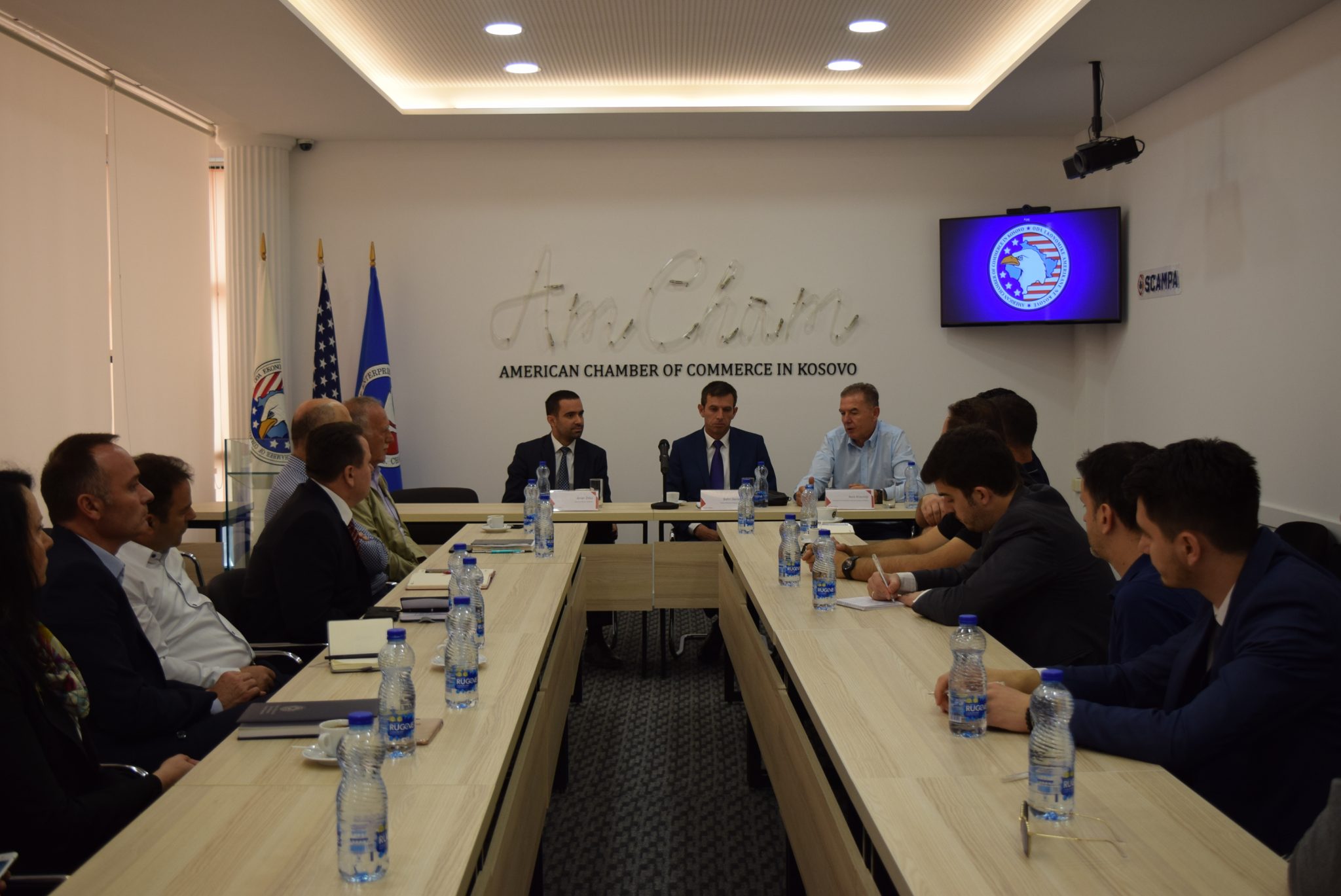 Prishtina, May 23, 2018 – The private sector in Kosovo has faced difficulties continuously in business development in customs aspect and also in creating possibilities in having access to international markets, however, through the cooperation between businesses and Kosovo Customs, the non-tariff barriers, international markets difficulties and other business related issues have been lowered. This was the main conclusion from the next roundtable organized by the American Chamber of Commerce in Kosovo titled “Trade: Challenges of the private sector”.

Arian Zeka, AmCham Executive Director, mentioned the continuous partnership between the Customs and AmCham which has proven to be profitable for the business community in many aspects. He added that amongst the institutions that have worked in facilitating doing business, Customs and the Tax Administration of Kosovo are the partners that have continuously helped in this aspect. Whereas Avni Krasniqi, Chairman of the AmCham Trade and Customs Committee, said that the many problems the businesses previously faced have now been minimized through this partnership, mentioning amongst others the role of the Customs as crucial in business development.

Bahri Berisha, General Director of Kosovo Customs, said that during this year many measures and procedures have been taken in facilitating doing business in Kosovo and they are still working in eliminating non-tariff barriers. He said that they are implementing the removal of excise tax in certain products which is helping businesses, adding that the number of complaints from the business community towards the Customs has been decreased, an indicator of the growing partnership. Amongst others, he also mentioned the digitalization of various customs procedures which has resulted in fewer corruption cases. He invited present businesses to submit their requests at the Customs which will facilitate the businesses development in one hand and on the other hand fulfilling Customs’ duty.

Further on, attendants had the chance to make questions and mention the difficulties they face in customs procedures, adding that they will continue the partnership with Customs in the future.