Kosovo-Iowa partnership to further develop in the economy area 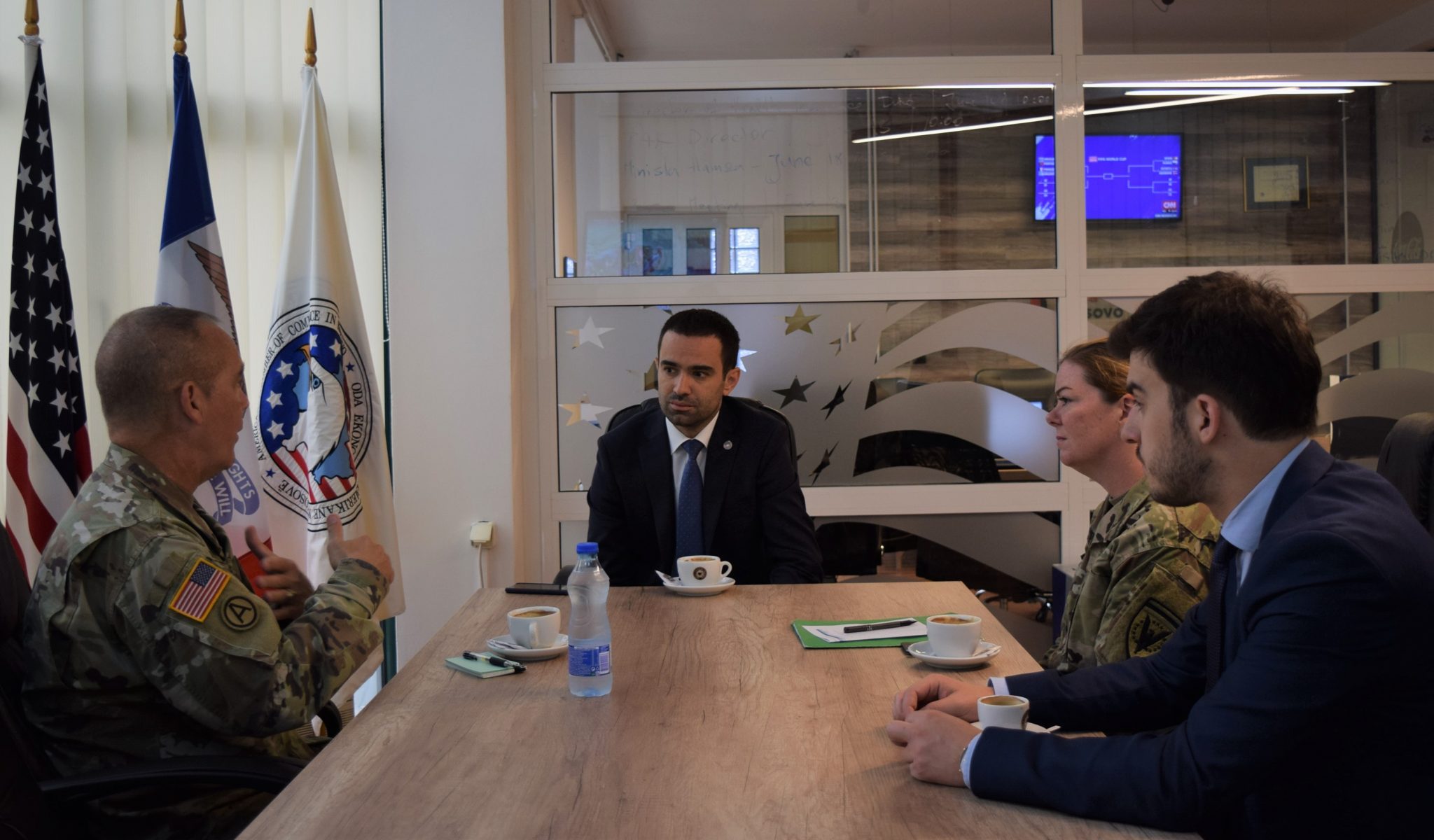 Kosovo-Iowa partnership to further develop in the economy area

Prishtinë, June 27, 2018 – The establishment of the American economic zone presents a great opportunity in growing the economic cooperation between Kosovo and Iowa on attracting investments from US companies with their headquarters in Iowa. This was said today during the visit of the General of the Iowa National Guard, Timothy Orr, in the American Chamber of Commerce in Kosovo where he was informed with the latest developments in this area.

Arian Zeka, AmCham Executive Director, informed General Orr with the latest developments in Kosovo’s economy, mentioning specifically the initiative in creating the American economic zone as an opportunity to attract US investments in the country. He asked for General Orr’s cooperation on informing US companies from this country for the American economic zone and to encourage them in widening their operations in Kosovo. Zeka mentioned again the readiness of AmCham in strengthening the partnership between both countries in economy.