Kosovo offers many potentials for foreign investors, but they need to be better promoted 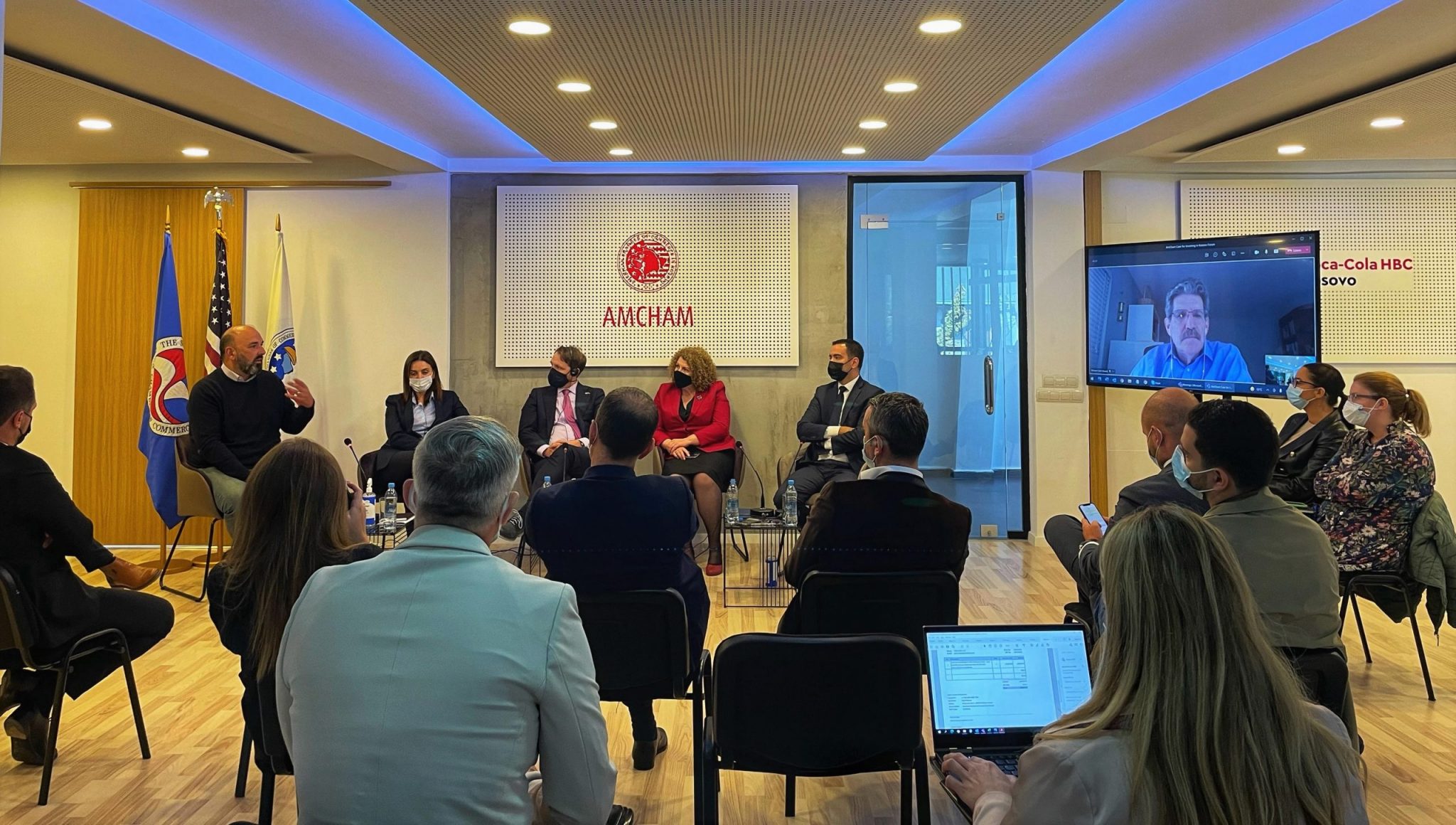 Kosovo offers many potentials for foreign investors, but they need to be better promoted

Prishtina, October 5, 2021 – Kosovo offers many potentials for attracting foreign investment, but better promotion is needed as well as addressing of some issues such as bureaucracy, perception of corruption and contract enforcement, for greater results in increasing foreign investment inflows in the country. This was said during a forum on Case for Investing in Kosovo, organized by the American Chamber of Commerce in Kosovo, in which representatives of the Government, the U.S. Embassy and representatives of private companies spoke.

The Minister of Industry, Entrepreneurship and Trade, Rozeta Hajdari said that Kosovo stands very well in many aspects which are important for attracting foreign investment such as labor capital and tax rates.

She also said that the culture of doing business in Kosovo is close to that of Western countries, assessing this as an important element in Kosovo’s offer to foreign investors. She said that Kosovo offers many advantages for foreign companies for offshoring services. She spoke about the importance of a favorable tax system, but also the fact that Kosovo uses the euro as the official currency, which avoids foreign exchange risk.

She emphasized that many European businesses have expressed their interest in establishing their production activities in Kosovo, thus offering the possibility of training the workforce in the area of production and processing. She said that the focus of the Ministry she leads is the functionalization of economic zones, transforming them into functioning ecosystems, by intriducing modern management models.

Dillon Green, Economic and Commercial Officer at U.S. Embassy in Pristina, said that Kosovo has a strategic geographical location, as well as preferential trade access to the European Union, a good labor market, but also a society which is welcoming and open for the United States in general, and American businesses in particular.

He said that whenever American businesses visit Kosovo, they are positively surprised by what Kosovo has to offer, so it is important to ensure as many such visits as possible. He said that Kosovo definitely has a case for investing, highlighting Kosovo’s young and multilingual population, but also a good corporate tax regime. He emphasized the need for greater focus on the Kosovo diaspora, whereas in terms of promoting investment potentials, especially in the United States, he said that one should select states that have some prior knowledge of Kosovo, such as the state of Iowa. He said that in Kosovo there is a high perception of corruption, but there is still a big gap between perception and real corruption.

Afrore Rudi, a partner at Deloitte, said that Kosovo has an affordable tax system, but should think about introducing further tax facilities, such as tax breaks provided by law, but for which the secondary legal basis has never been regulated. She emphasized that these pose one of the important aspects for which foreign investors are interested in. Speaking about the importance of proper fiscal policies, Rudi also stressed the need to address the issue of losses faced by almost all companies. She also spoke about the importance of shifting the sectors in which Kosovo attracts foreign investment, knowing how many years now the real estate sector dominates.

Joining the event through the video link from the United States of America, the Managing Director of Crimson Capital, Michael Gold, spoke about the most important human resource that Kosovo has, which are creative and energetic people. He also spoke about the strong financial sector, which has an important role in sustainable economic development, but also about the Kosovo Credit Guarantee Fund, which is one of the best mechanisms with such a function in the region. He spoke about several sectors, such as the wood and metal processing sectors, which when combined with the creativity of Kosovars, enable original designs that can be easily exported to other countries.

The financial expert, Ramis Ahmetaj, said that Kosovo has a young population, a suitable tax system, as well as a suitable geographical position, therefore coordinated efforts are needed to attract investments. He talked about three important factors that influence the decision of investors: market size, efficiency of operation and natural resources. He shared the opinion with the speakers that there is a big gap between the perception of corruption and corruption. Speaking about the importance of the diaspora, he said that the Kosovar diaspora is strong and has abilities to invest, however they should be convinced about the investment potentials, since only the patriotic aspect is not sufficient.