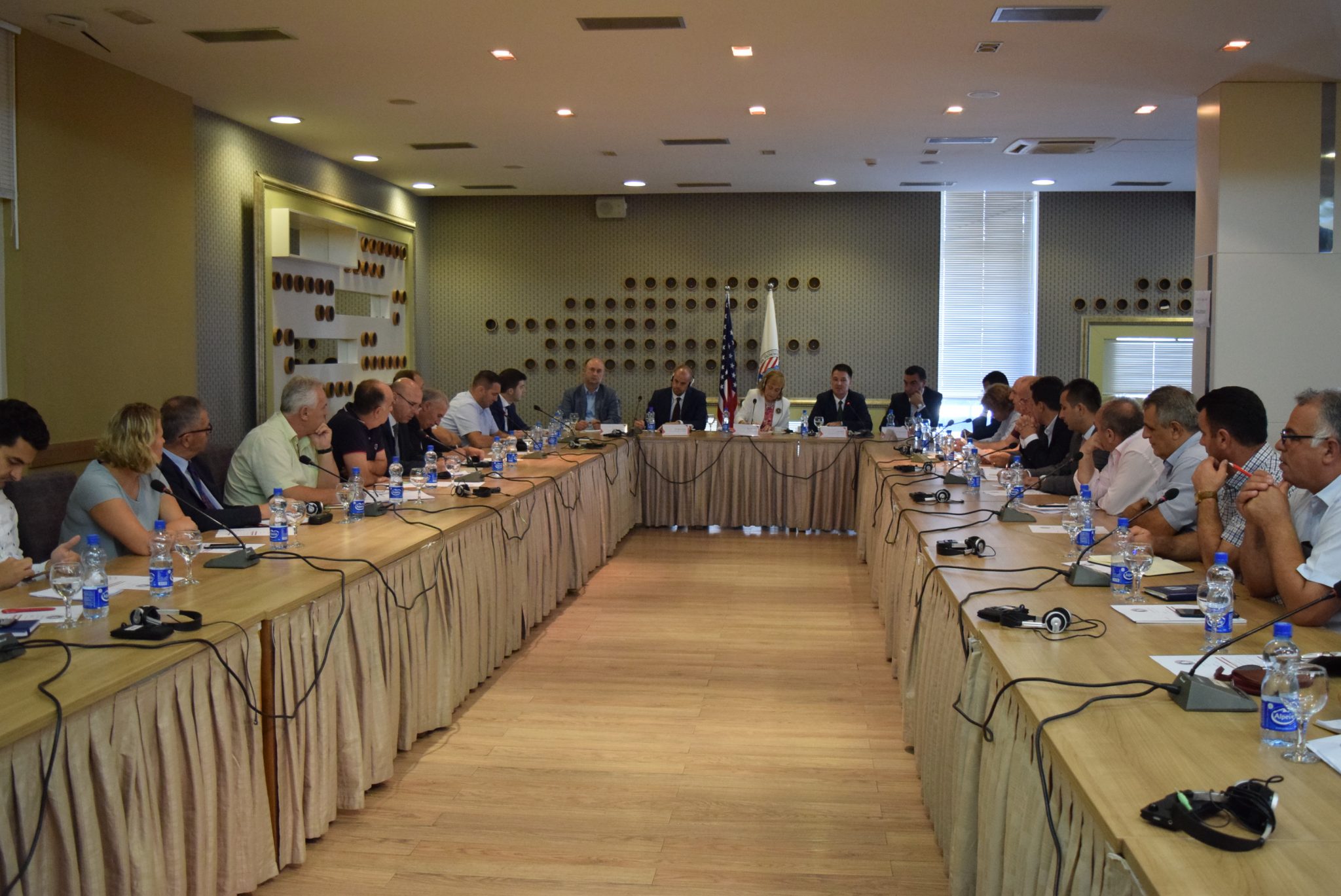 Prishtinë, September 21, 2018 – Training the labor force to reach the required qualifications that meet the requirements of the private sector is one of the main factors that affects the economic development in Kosovo. This and the impact that visa liberalization is expected to have in the labor force in Kosovo were the main topics discussed in the roundtable organized by the American Chamber of Commerce in Kosovo titled “Labor Force Availability”.

Ilir Ibrahimi, President of AmCham Board of Governors, said that besides the high unemployment rate in the country, businesses in Kosovo face numerous challenges in finding qualified employees. According to him, these difficulties result in loss of opportunities in private sector development in Kosovo as well as the economic development of the country. Ibrahimi said that in addition to prioritizing vocational education, the private sector should also contribute in this area in order to address the labor market needs.

Lah Nitaj, Director of National Qualification Authority, mentioned the achievements of the institutions he leads, saying that a genuine cooperation between the private and the public sector will result in a higher number of skills for employees which are required in the labor market. Nitaj said that, fortunately, Kosovo has the National Qualifications Framework which lines with the European Qualifications Framework, however more should be done in stimulating educational institutions in the country, especially vocational schools, in following accreditation procedures. He announced that 4 competency centers are in the process of accreditation.

Sharon Hart, President of RIT Kosovo (AUK), mentioned the fact that society in Kosovo will face numerous obstacles if this issue is not treated immediately. Hart mentioned specifically recent research conducted by various organizations in the country which show that youth in Kosovo is willing to immigrate in developed countries to find jobs, consequently deteriorating the skills gap in the country. Hart stressed the importance of building cooperative bridges between private and public educational institutions with the private sector in the country, i.e. a crucial step in creating a labor force that meets the market’s needs.

Tim Sparkman, Director of Enhancing Youth Employment Project, explained the role of the project in this field, mentioning that the process of visa liberalization will likely affect the availability of qualified labor force in the country. Sparkman said that vocational education should be promoted and further expanded to stakeholders, considering the success Germany and Switzerland have had in dual education system. Sparkman also said that Kosovo has great potential in creating a qualified labor force, taking into account the commitment that school directors have had in this project which further addresses issues related to labor force skills.

Driton Hapçiu, CEO of Cacttus, said that businesses face numerous problems, mainly in training and equipping the labor force with the required qualifications in meeting the market’s needs. Hapçiu mentioned exclusively the information technology sector which faces high costs in training and preparing employees for the labor market. Furthermore, Hapçiu mentioned the growing pay rate for employees in this sector, alluding to a 30% growth, considering also the inviting market for IT sector employees. He further added that it is no coincidence that the most developed countries in the world have the most developed system in vocational education.