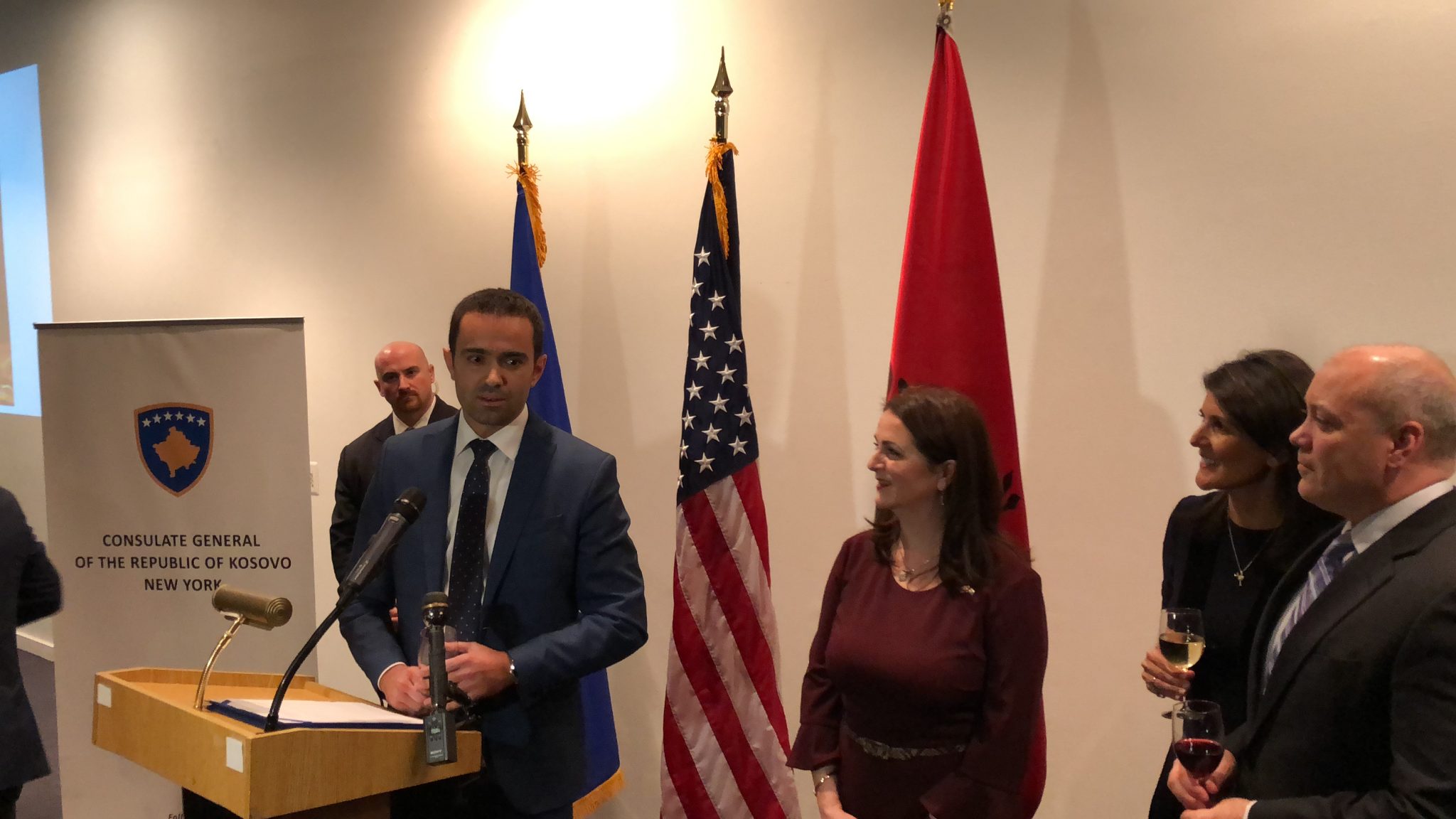 New York, December 20, 2017 – Consulate General of Republic of Kosovo in New York, United States of America, and the American Chamber of Commerce in Kosovo, with the support of the Ministry of Foreign Affairs in Kosovo and the Association of Regional Development Agencies (ARDA), organized an event where wines, cheeses, water and chocolates produced in Kosovo were promoted in New York, United States of America.

During her speech, she said that the United States of America will contribute towards Kosovo’s acknowledgment as a member state of the United Nations due to mutual respect and trust between Kosovo and USA, and same democratic values, adding that this kind of relationship is continuous. Mentioning the challenges that all states face at certain times, she mentioned the fact that Kosovo supported the United States during the last storm in Texas.

Consul General of Kosovo, Teuta Sahatqija, said that end-of-year holidays are a good opportunity to promote Kosovo’s wines and other products to Kosovo’s associates. She specifically thanked the Ambassador of the United States of America in the United Nations, Nikki Haley, for her attendance, emphasizing that she is a great supporter of Kosovo in the United Nations Security Council. She also thanked the American Chamber of Commerce for the initiative and for bringing Kosovar products in the USA, mentioning the fact that the wine produced in Kosovo is the first wine brought in the United Nations Security Council tables, with the support of the Ambassador of Japan.

On the other hand, Executive Director of the American Chamber, Arian Zeka, said that Kosovo, besides producing good wine, that needs to be promoted more, has created a good environment in doing business, becoming more attractive for foreign investors. This, according to him, has also been confirmed in World Bank’s report in Doing Business, where Kosovo is ranked the 40th amongst 190 other countries.

In this reception organized in New York, 36 different kinds of wines have been promoted from 6 Kosovar wine producers, StoneCastle, Bodrumi i Vjetër (Old Cellar), AgroKosova, Eko, Kosova Wine, and Sefa Wine, cheeses from the producers Rugove, Sharri, and Magic Ice, the water from Rugove, and Amël chocolates.