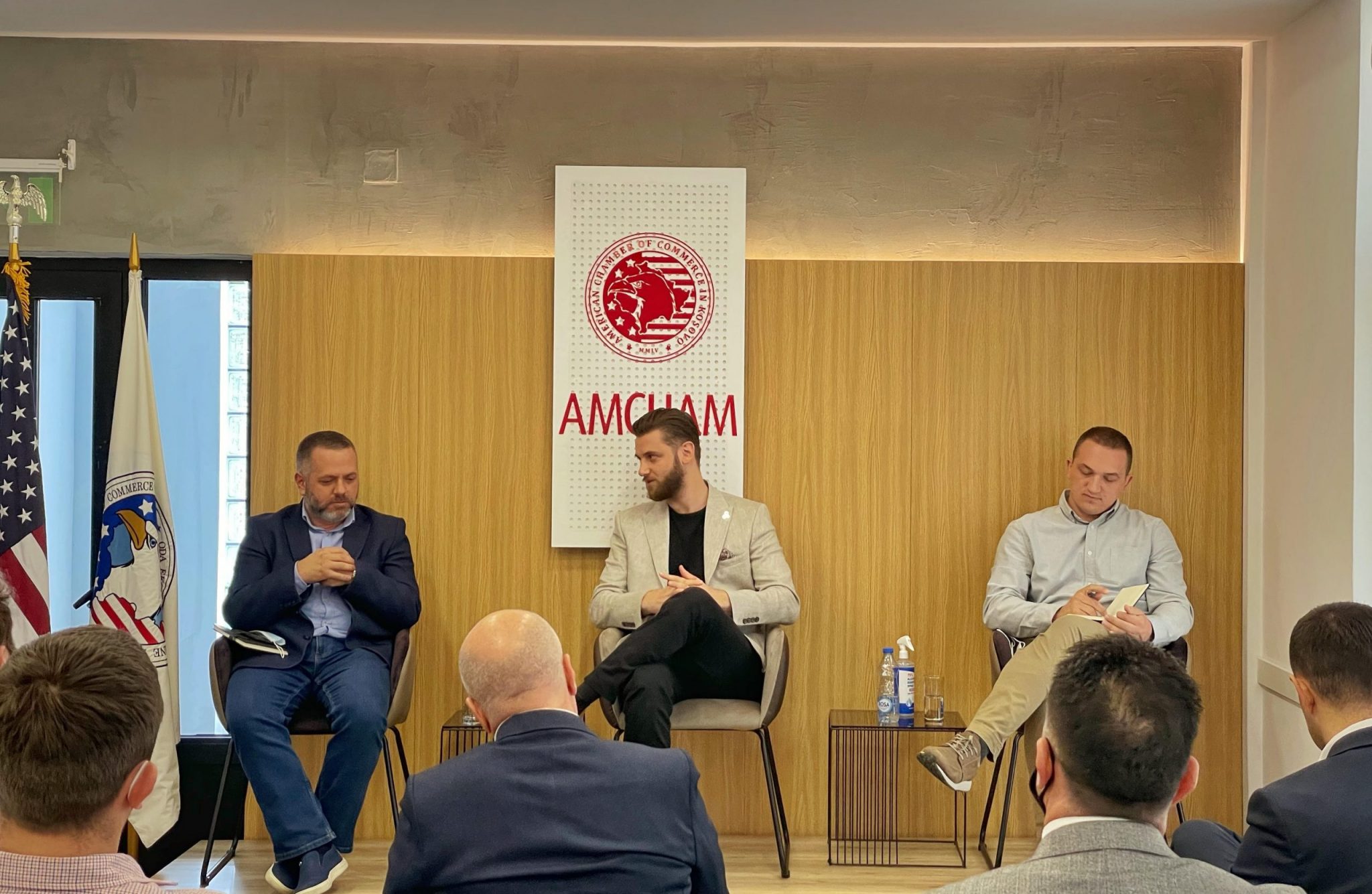 Prishtina, September 23, 2021 – The young population, as the most important asset of Kosovo, the knowledge in the field of information technology and mastery of several foreign languages, are among the most important factors that make Kosovo a suitable place to outsource business processes in Kosovo by American, and other international companies. The increase in the number of companies that specialize in such services and the export of these services to the United States of America and Europe, have influenced Kosovo to record a positive balance of payments when it comes to services, however, state support is needed for the promotion of this industry, as well as its further development. This was said during a roundtable discussion organized by the American Chamber of Commerce in Kosovo on “Why outsource in Kosovo?”

The moderator of this event, Fatos Ameti from Sonnecto said that many Kosovar companies have managed to reach partnership agreements with American companies and other international companies, offering various services to them from Kosovo. This has become possible due to the workforce that Kosovo offers in the field of information technology, and also to the high level of people speaking English and other foreign languages.

Ersan Ismaili from Converged Communications, said their team has provided services mainly in the telecommunications sector to local and international companies, including software development, customer relationship management programs, billing and integration with various platforms. He spoke about the company’s experience in providing services to one of the largest American companies in California. He spoke about increased efficiency of companies which have outsourced business processes from the company in Kosovo. He stressed the need for training of the workforce in Kosovo in response to the growing demand for such profiles from Kosovar companies that provide such services, emphasizing as positive the establishment of vocational training institutions in the field of information technology.

Fitim Konjusha from Quantech spoke about his companies experiences in providing contracting services to foreign companies. He said that the very high level of English language proficiency by the youth of Kosovo is a great advantage, given the bad experiences that American and other international companies have with unsatisfactory linguistic level in Asian countries. He also said that the cost of providing such services in Kosovo along with the high level of professionalism of services that can be contracted in Kosovo by international companies are a guarantee of strengthening this industry in the future.

The participants in this forum offered their recommendations regarding the need for greater promotion by state institutions for enterprises of this industry, but also for the need of institutional support for this sector, knowing the contribution that this sector gives to the employment of youth, but also the general economic development of Kosovo.