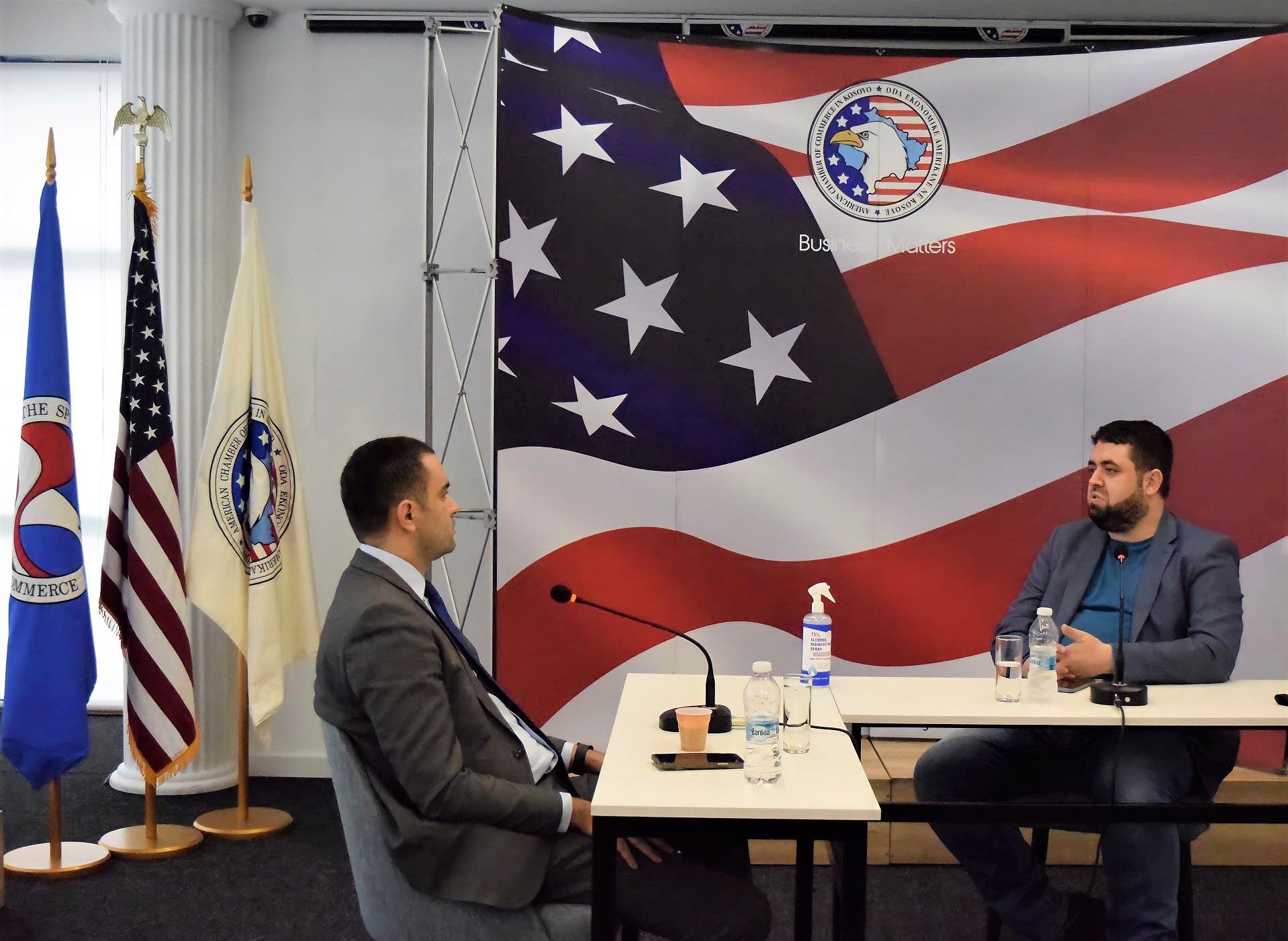 Prishtina, February 8, 2021 – The period of dealing with the COVID-19 pandemic and the many side effects it has caused has been one of the most eventful periods during the recent years, as seen from an economic lens. During the next virtual forum organized by the American Chamber of Commerce in Kosovo, the media perspective of the country’s economic challenges was discussed with the journalist Albert Spahiu.

The Executive Director of the American Chamber of Commerce in Kosovo, Arian Zeka, at the same time, being the moderator of this forum, stated that AmCham had long planned to organize a forum during which beyond the public and private sector’s point of view, the media sector as a neutral and objective party would discuss the actual economic challenges.

Albert Spahiu, business journalist at Telegrafi, stated that he regards 2020 as the most active year in economic journalism, considering that Kosovo, ever since the beginning of the year has faced a variety of economic and political issues, including various other events in addition to the pandemic. According to Spahiu, the year that was left behind has been the year of Kosovo’s economic failure, which occurred largely due to the country’s political in-stability and discoordination in addressing the matters deriving from the pandemic, the consequences of which can be seen in the grave losses of the private sector, including the loss of citizens’ jobs.

Spahiu added that as a reporter of such events, he considers that the frequent change of governments impedes a stable development of Kosovo, while emphasizing that this instability also affects the country’s ability to attract investments. Furthermore, he also commented on the electoral campaign of February 14th, by stating that most of the political parties are ambiguous in transmitting their means to overcoming the economic crisis caused by the pandemic.

“I consider that the promises made during these elections are, let’s say, not wrong, but they lack seriousness and intention, considering that we are going through a pandemic crisis. Most of the parties are not offering an alternative on how Kosovo must overcome this crisis”, stated Spahiu.

He also spoke of the need to convert the remittances sent from diaspora into direct investments, while mentioning that last year, there has been a record number of remittances sent to Kosovo.