Kosovo’s leaders should create a vision in innovation 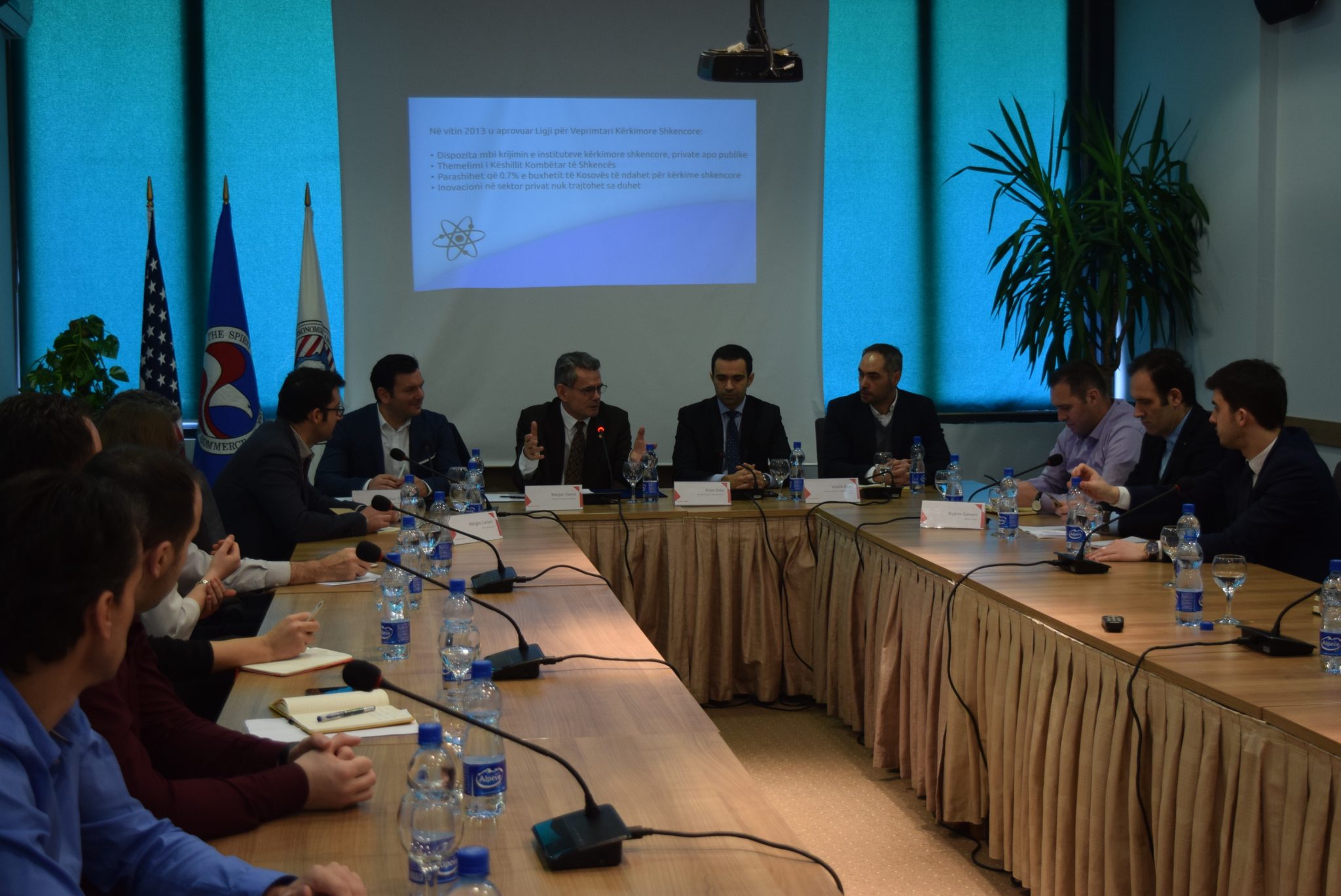 Kosovo’s leaders should create a vision in innovation

Prishtinë, February 16, 2018 – Promoting and spreading the innovation culture in Kosovo is of prior importance, and this can be accomplished not through ad-hoc decisions and budget from a ministry, but only when the leaders of the country in concordance with other institutions and organizations have a clear vision on innovation. This was said today during a roundtable organized by the American Chamber of Commerce in Kosovo, on the occasion of the 10th anniversary of the independence of Kosovo, aiming in evaluating the measures undertaken in urging innovation in Kosovo during the last ten years.

Provost of the University of Prishtina, Marjan Dema, said that Kosovo needs to focus on making changes to achieve satisfactory economic development. He said that this can be possible from the University of Prishtina and its students, mentioning the establishment of the innovation centre “Veture-UP” in cooperation with USAID which aims in corporating active and creative students who are willing to make changes.

Neritan Tira, CEO of Coca Cola HBC Kosovo and Member of AmCham Board of Governors, said that universities are the centre of innovation, mentioning the fact that youth currently are very impulsive and for them innovation is never enough. He spoke about the importance that the global company, Coca Cola, has in innovation, especially in bettering the environment by improving the packaging and recycling processes. He also mentioned the problem of mentality in developing innovation, saying that as a society we tend to stay in our comfort zone and maintain the status quo.

Mërgim Cahani from Gjirafa said that the problem of innovation can be perceived also from the global perspective, adding the fact that the growing rate of information makes it impossible for the individual to take in all this information. He mentioned the importance of developing innovation by creating as much minimum viable products as possible, adding that persistence and tenacity are primary in strengthening innovation. Even Cahani mentioned the challenge of increasing awareness amongst governmental institutions.

Kujtim Gjevori from SCAMPA spoke about the presence of  innovation in the industry of plastic products affected from the necessity of protecting the environment. He said that Kosovo as well should not remain behind in implementing the international law which aims in bringing new products made by new biodegradable materials such as the biopolymer which is made of plants only.