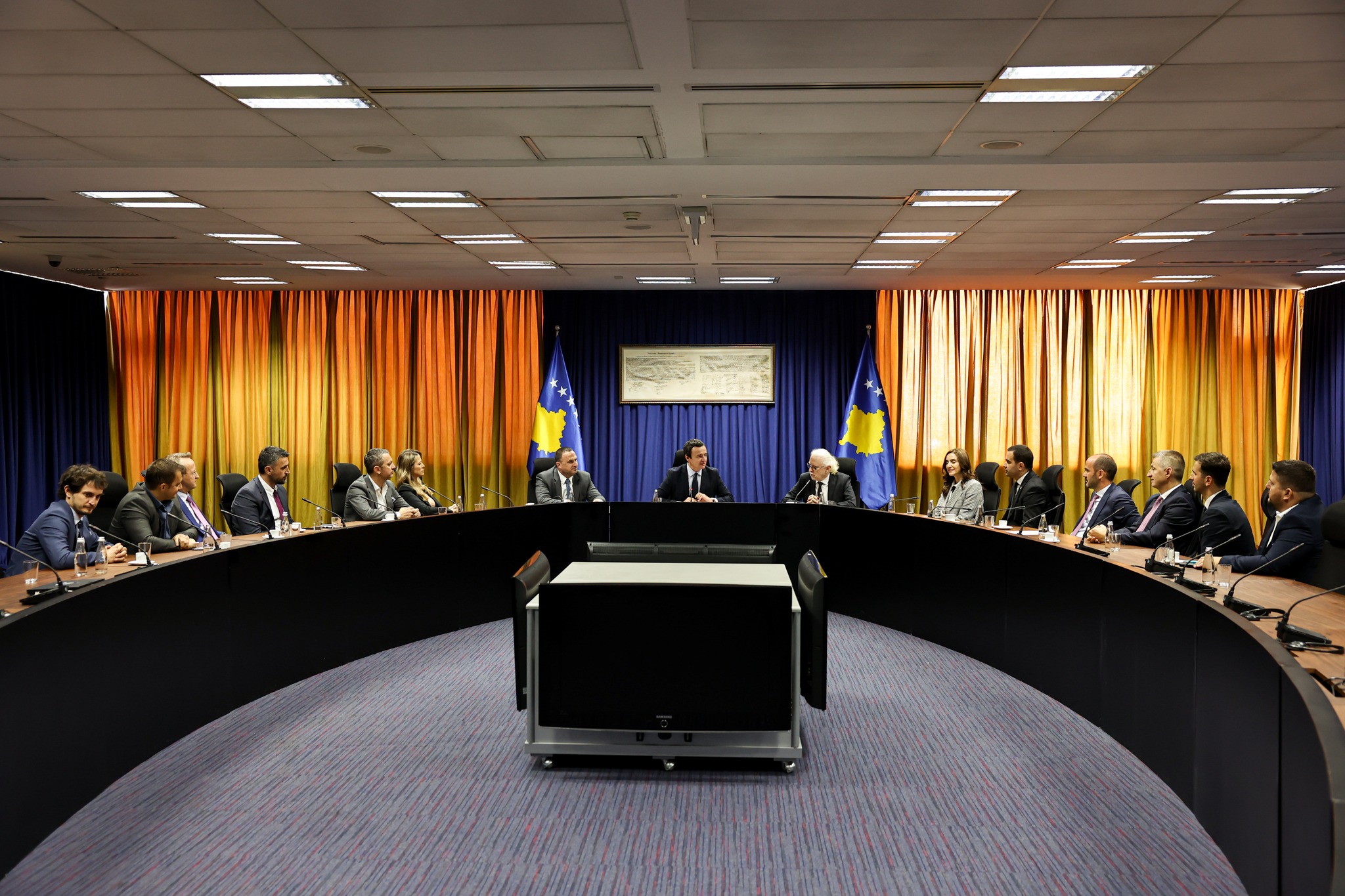 Private sector strengthening, promotion of Kosovo’s potentials for investments and exports, but also the advancement of the public-private dialogue were some of the key highlights from the meeting of Kosovo’s Prime Minister, Albin Kurti, with the leadership of the American Chamber of Commerce in Kosovo.

In a meeting with the Board of Governors of the AmCham, Prime Minister Kurti emphasized the important role of the private sector in job creation and overall economic development. He praised the private sector for its sustainability over the years despite the great regional and global competition, but also the lack of state support in the past. He said that the future efforts should focus on strengthening of Kosovo’s economic diplomacy, and institutional capacities for promotion of foreign investments. The Prime Minister clearly expressed his good will for genuine dialogue with the private sector in Kosovo, to enable, among other things, an environment for sustainable and rapid growth.

President of the Board of Governors of the AmCham Afrore Rudi from Deloitte offered AmCham’s sincere partnership in providing recommendations for the challenges faced by the private sector. She explained that the AmCham’s organizes its advocacy efforts through the sixteen committees that function within the American Chamber, where the expertise of the various industries represented in the American Chamber is interwoven.

The Executive Director of the American Chamber, Arian Zeka, presented the organization’s new advocacy priorities, including the request for a centralized mechanism for public-private dialogue that would operate within the Prime Minister’s office, through which economic chambers would be able to address concerns of private sector enterprises. The American Chamber also proposes the structuring of the Agency for the Promotion of Investments and Enterprises of Kosovo or any other new body for the promotion of investments within the Office of the Prime Minister, which would also serve as a single gateway for communication with investors. In the end, Zeka said that the American Chamber will offer its support for strengthening the capacities of economic diplomacy of Kosovo.

In the meeting attended by Luan Dalipi, Chief of Staff of the Prime Minister, as well as Lulëzon Jagxhiu, Advisor for Information Technology, the members of the Board of Governors of the American Chamber presented other recommendations for specific aspects of doing business in Kosovo.