Lack of labor force, a growing concern for businesses in Suhareka 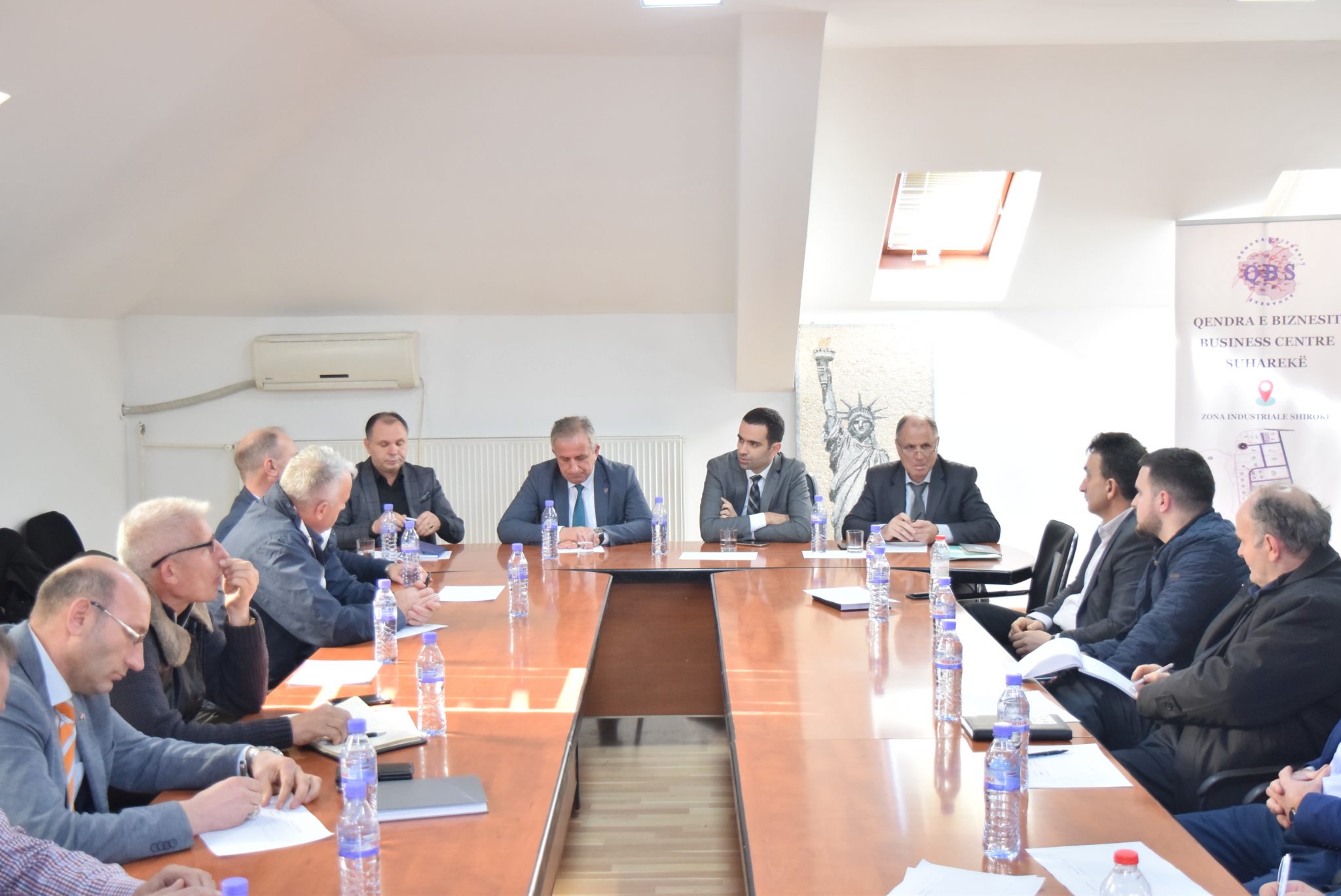 Lack of labor force, a growing concern for businesses in Suhareka

Suhareka, February 21, 2019 – The Business Center Suhareka organized roundtable with the Mayor of Municipality of Suhareka and AmCham Executive Director, as part of its activities in addressing issues that affect the business community

Owner of Vllesa-Co, Gani Sallauka, in his opening remarks emphasized the need to organize joint roundtables with the private and the public sectors more regularly as a communication tool which will allow a stable solution to various issues. While thanking the American Chamber of Commerce in Kosovo for its engagement in treating issues that affect the private sector, Sallauka stressed that governmental institutions themselves should promote a favorable climate for business operations especially in further stimulating and developing them.

Mayor of the Municipality of Suhareka, Bali Muharremaj, valued the commitment of the business community in this zone, mentioning that private sector involvement in solving issues that affect the society in general has started from organizing various events and has continued with initiatives in cleaning the city as well as providing support for citizens. He mentioned that the Municipality of Suhareka remains committed in allocating the foreseen funds with the budget of the Republic of Kosovo and their own funds on stimulating business activities. Amongst others, Muharremaj emphasized the importance of the Municipality engage in addressing the skills gap which exposes the society in general towards the increasing rates of emigration, and undermines development prospects.

AmCham Executive Director, Arian Zeka, said that mismatch of employees profiles with the labor market needs is a problem which was evident in 2017 also in the AmCham study “Skills Gap Analysis” which shows that the manufacturing sector is the most affected sector from this gap, followed by trade and services. Zeka mentioned that it is necessary for the education system to intervene in addressing this problem, however, this should not be treated in an isolated manner. On the other hand, he said that the private sector faces many difficulties coming from the governmental level, difficulties that should be addressed through a more inclusive approach to dialogue, specifically by engaging the public, private sector, as well as the academy.

Owner of Frutex, Shaqir Palushi, considering that the Government has declared 2019 as the year of economy, mentioned the need to have a more active participation of the private sector in drafting policies. Palushi said that besides the need to address the skills gap, now is the right time to lobby for drafting the Law for Internal Trade which would solve many problems that businesses face for many years now, and would also empower businesses in Kosovo in comparison with foreign ones, which would result in higher competitiveness of the local industry in general.

During the discussion session, businesses had the chance to present specific requests for improvements in the local level and required to address issues that are interrelated with the governmental level and the education system, including problems that have already been reported at the Tax Administration and Kosovo Customs.