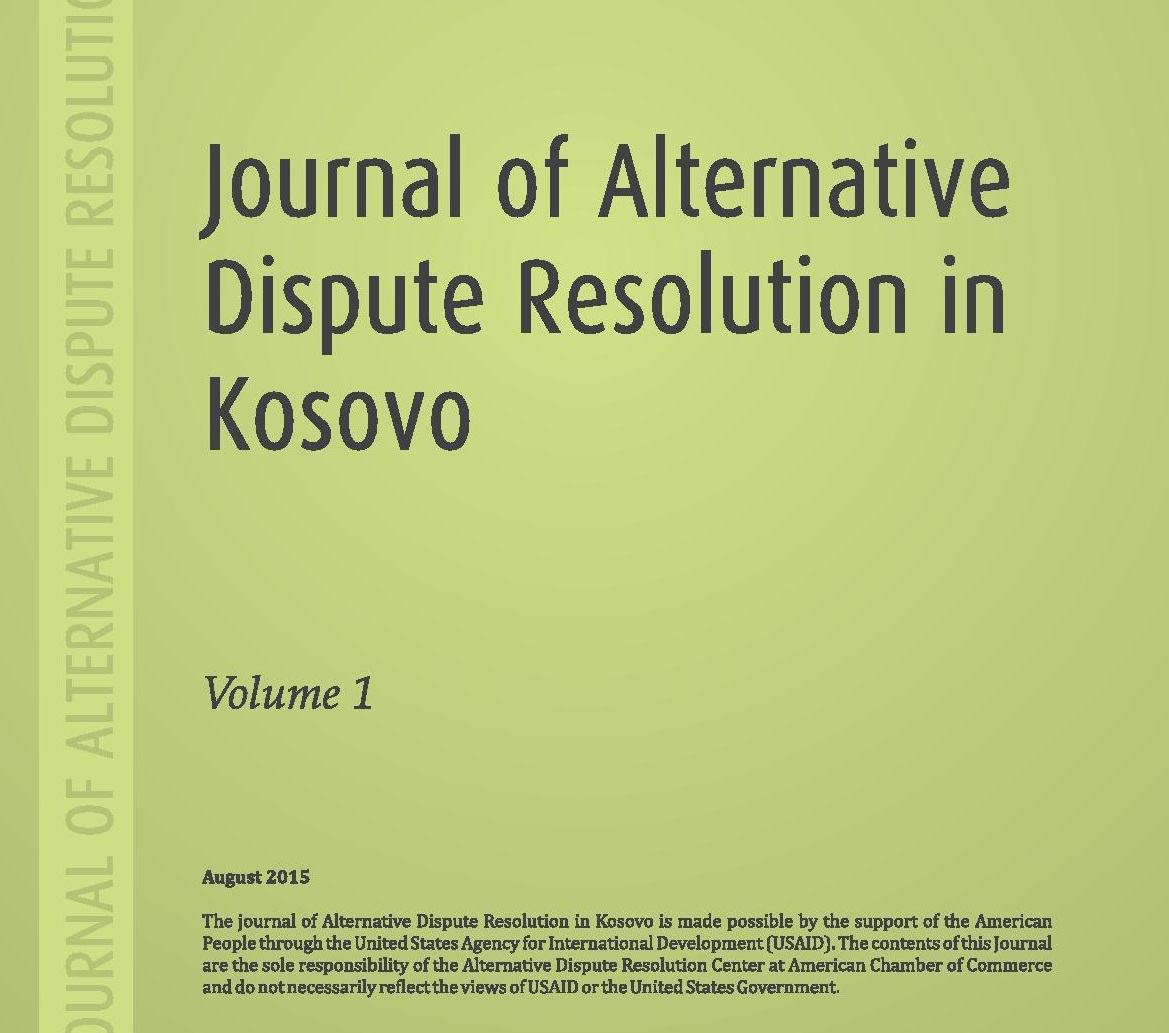 Prishtine, August 31, 2015 – The first volume of the Alternative Dispute Resolution Journal was published in August and it includes articles from both national and foreign arbitrators, with the following topics: