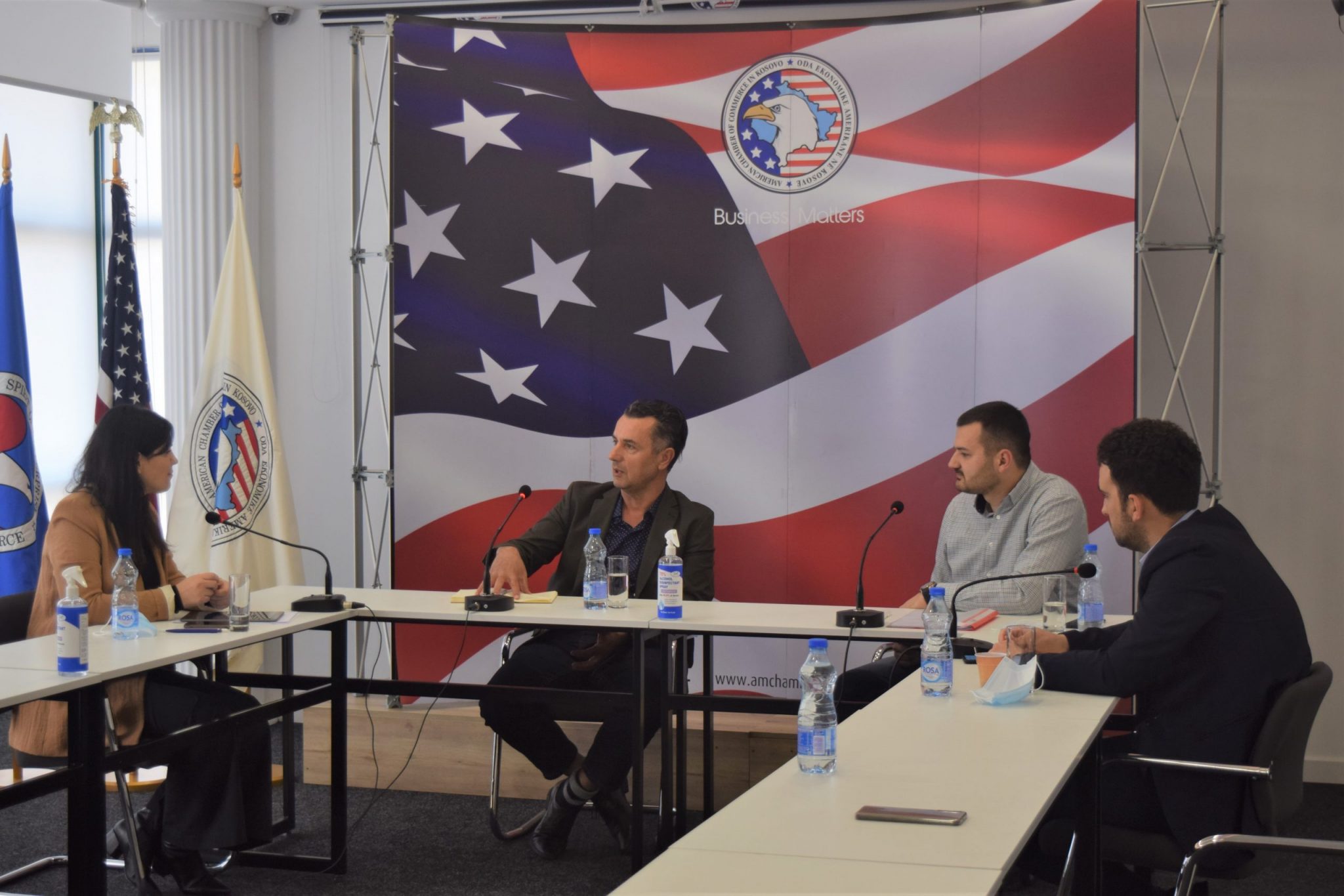 Prishtina, March 11, 2021 – The various challenges of the construction sector, namely those deriving from the legislation that regulates the sector, were discussed in the next virtual forum organized by the American Chamber of Commerce in Kosovo. During this event, a panel of experts from this sector, among other things considered that construction legislation, in general, has room to be further supplemented, in consultation with relevant stakeholders operating in the field of construction.

The moderator of this discussion, Gresa Neziri, Architect and Urban Planner at Institute for Science and Technology – INSI, spoke of the Law on Construction, stating that this law is part of the latest legal framework in this aspect in Kosovo, which has been created around nine years ago and includes updates in the previous law which defined some points for improving and facilitating the obtaining of permits.

Ferhat Bejtullahu, Consulting Architect at Tregtia, spoke of the positive and negative aspects of the Law on Construction. As an advantage deriving from the latest changes in this law, Bejtullahu considered the definition of destination of payments made to municipalities. Whereas, as a negative factor he considered the fact that in general, relevant stakeholders operating in the construction and spatial planning sectors have not been consulted regarding the creation of construction legislation. He further noted that it is necessary for the construction legal framework, in general, to be reviewed, and to specifically note environmental issues, which according to him have not been tackled appropriately by either the current or the upcoming political class.

Shkumbin Asllani, Head of Legal Office at Mabetex Holding, noted that in Kosovo, the construction sector has a direct impact in the country’s economic structure, with annual GDP participation of 10%, thus remaining among the most important sectors. He added that the implementation in practice of the legislation in the field of construction, in general, is significantly ineffective. According to Asllani, the reviewing of construction legislation is a timely necessity, considering that the current structure has faced serious problems in its implementation, as well as due to the fact that it includes non-clear legal standards, and in specific circumstances is contradictory.

Atakan Kuqani, Architect at H&B Consulting, emphasized that he considers the Law on Construction as a contributor to the minimization of illegal constructions, and the legalization of constructions as well as several other aspects. However, according to him, this law is not complete, and it has flaws since it has been copied by more advanced states while noting that he is cognizant that the goal was to approve the best practices. According to Kuqani, it’d be best if the law would be reviewed and updated, given that the dynamic of the country’s development has changed, and will be subject to change in the future as well.

During this forum, the case on object legalization, and the issue of working toward a more sustainable development which includes economic and social development, as well as environmental protection, were also discussed.