Local authorities can support local businesses in times of pandemic 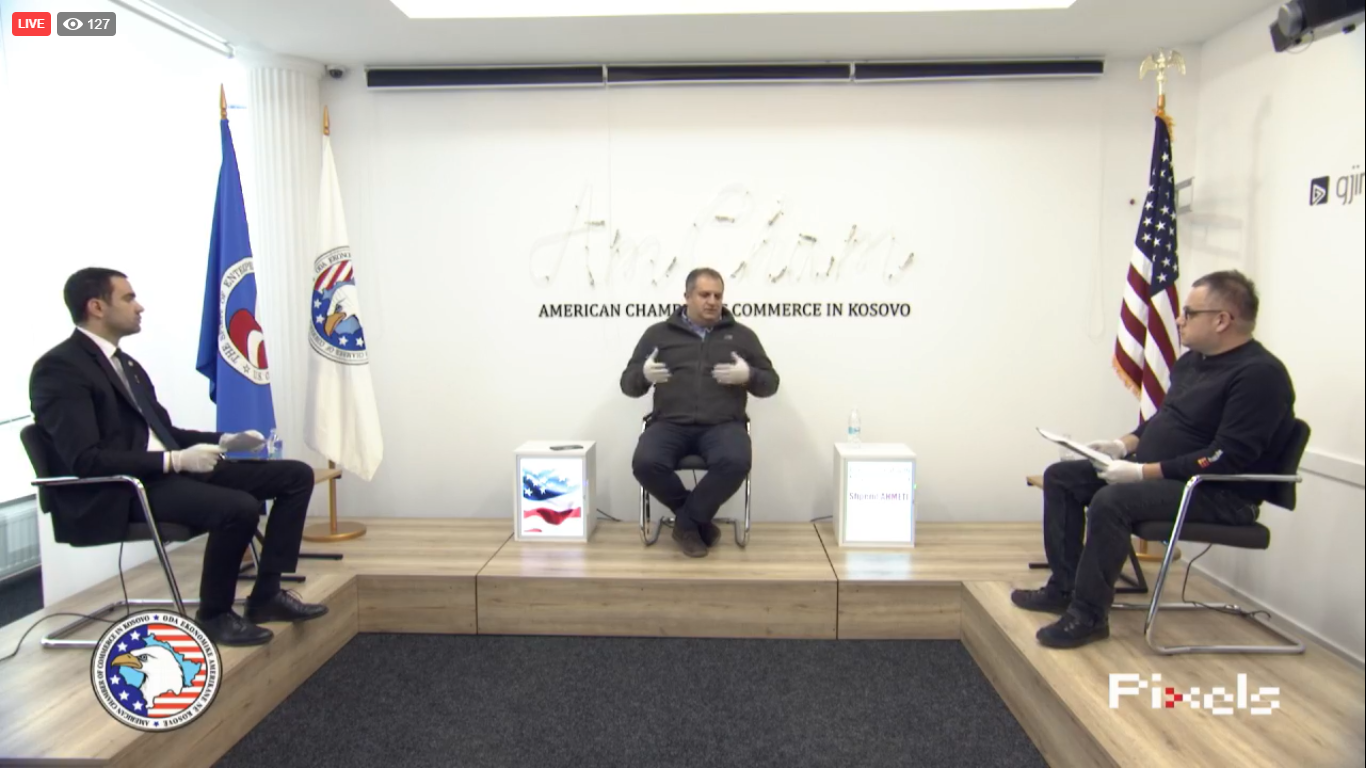 Local authorities can support local businesses in times of pandemic

Prishtina, March 24, 2020 – Regardless of the critical situation that the country and the world are facing, it is very important to take a proactive role in reducing future economic damages as much as possible. This was concluded today during a virtual roundtable organized by the American Chamber of Commerce in Kosovo with the Mayor of Prishtina Shpend Ahmeti, moderated by Valon Canhasi from Hallakate.

The Mayor of Prishtina Shpend Ahmeti stated that in addition to the health effects of the global COVID-19 pandemic, discourse must necessarily focus on the economic health of the country, since in the absence of information on the duration of the situation there are real chances for economic crisis. According to him, the restrictions on the activity of some businesses, although as a precautionary measure, have concerned a large number of workers who are dependent on the salaries they receive from the private sector. Ahmeti stressed that the central government should allow the local government to change the destination of capital investments to subsidies, while stressing that at this stage the Government should realize that it is not alone, and cooperate with different stakeholders to generate different economic incentives. Moreover, he suggested to allocate a percentage of municipal budgets to economic aid. Mayor Ahmeti commended AmCham and other chambers for their active role in addressing the needs of the private sector in these unusual times.

The American Chamber of Commerce in Kosovo reiterates that supporting the private sector is key to protecting the country’s economy, which directly impacts the well-being of its citizens. In this very unfamiliar situation, it is essential that every decision, especially those of the economic context, be taken with extra care.