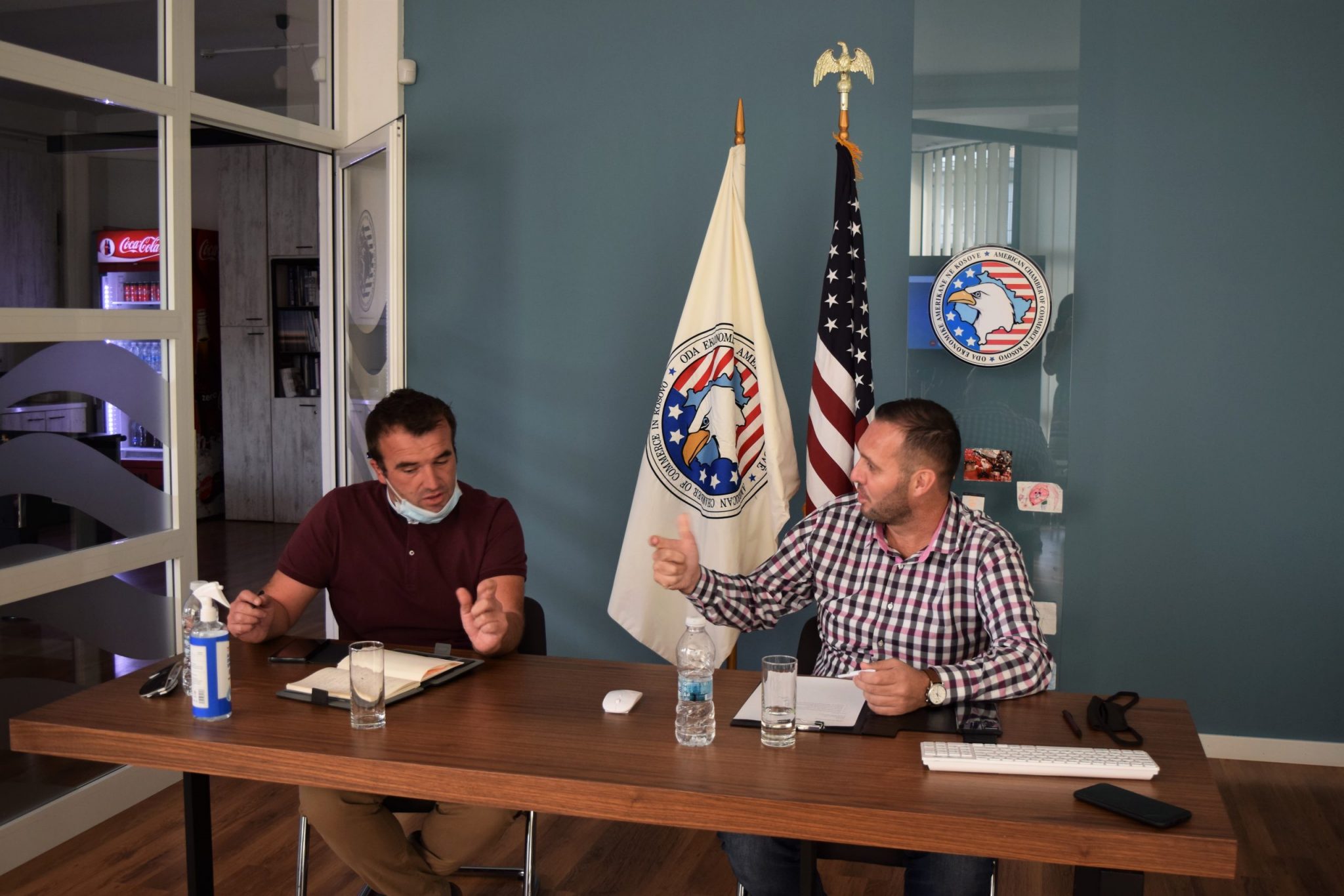 Prishtina, September 17, 2020 – Manufacturing companies play a key role in the development of the country’s economy. While the pandemic time has created new opportunities for the penetration of local products in international markets, Government support for this sector remains much needed.  These were said, among other things, during a virtual forum organized by the American Chamber of Commerce in Kosovo, where the state of manufacturing sector was discussed with local manufacturers.

Sami Dida, Chief Executive Officer of cable producing company Proton Cable, said that the situation created following the pandemic outbreak has greatly affected the activity of this enterprise, while mentioning that almost all industries have faced a domino effect. According to him, one of the biggest problems Proton Cable encountered has been the increase in the price of raw materials at a time when sales were declining. Dida stressed that the Government of Kosovo undoubtedly has a role to play in assisting manufacturing companies, stating that with some very simple measures, such as halving the VAT, it can positively affect the manufacturing sector by enabling competitive advantages compared to other countries. He also added that while it is good that the Government has focused on helping the agriculture and information technology sector, other parts of the industry have been left out and this could cause imbalances to the economy. He also spoke about the need to control the goods entering Kosovo, noting that substandard goods are being sold in our market and are price competitive.

Kreshnik Jakupaj, Representative from the hygienic paper production company Medruplast, said that this company has withstood the impact of the pandemic a little easier, since the high demand for its products has enabled Medruplast to increase exports. Nevertheless, according to him, the pronounced lack of diaspora coming to Kosovo as well as the changed consumer behavior due to the need to minimize costs, has obviously created difficulties for this company as well. Jakupaj asserted that he hopes the Draft Law on Economic Recovery be approved without further ado, in order to help the country’s fragile economy. He further mentioned the need to prioritize local goods, especially in state tenders.

Kujtim Gjevori, CEO of Scampa plastic bag manufacturing company, as well as Chairman of AmCham Manufacturing Committee, spoke about the opportunities of the manufacturing sector for outside border expansion, because according to him this period has created the need to increase risk diversification for foreign companies, paving the way for the establishment of possible partnerships with Kosovar companies. He also stressed the need to address the issue of VAT payment for raw materials purchased domestically, as well as the lack of a regulator to control payment delays. Gjevori gave special importance to the issue of credit guarantee for manufacturing companies, where he noted that up to 80% guarantee of loans dedicated to manufacturers should be provided, considering the contribution of this sector to the country’s economy. He also mentioned the opportunities created by the agreement for the normalization of economic relations between Kosovo and Serbia, stating that the prompt approval of the Draft Law on Economic Recovery is necessary.