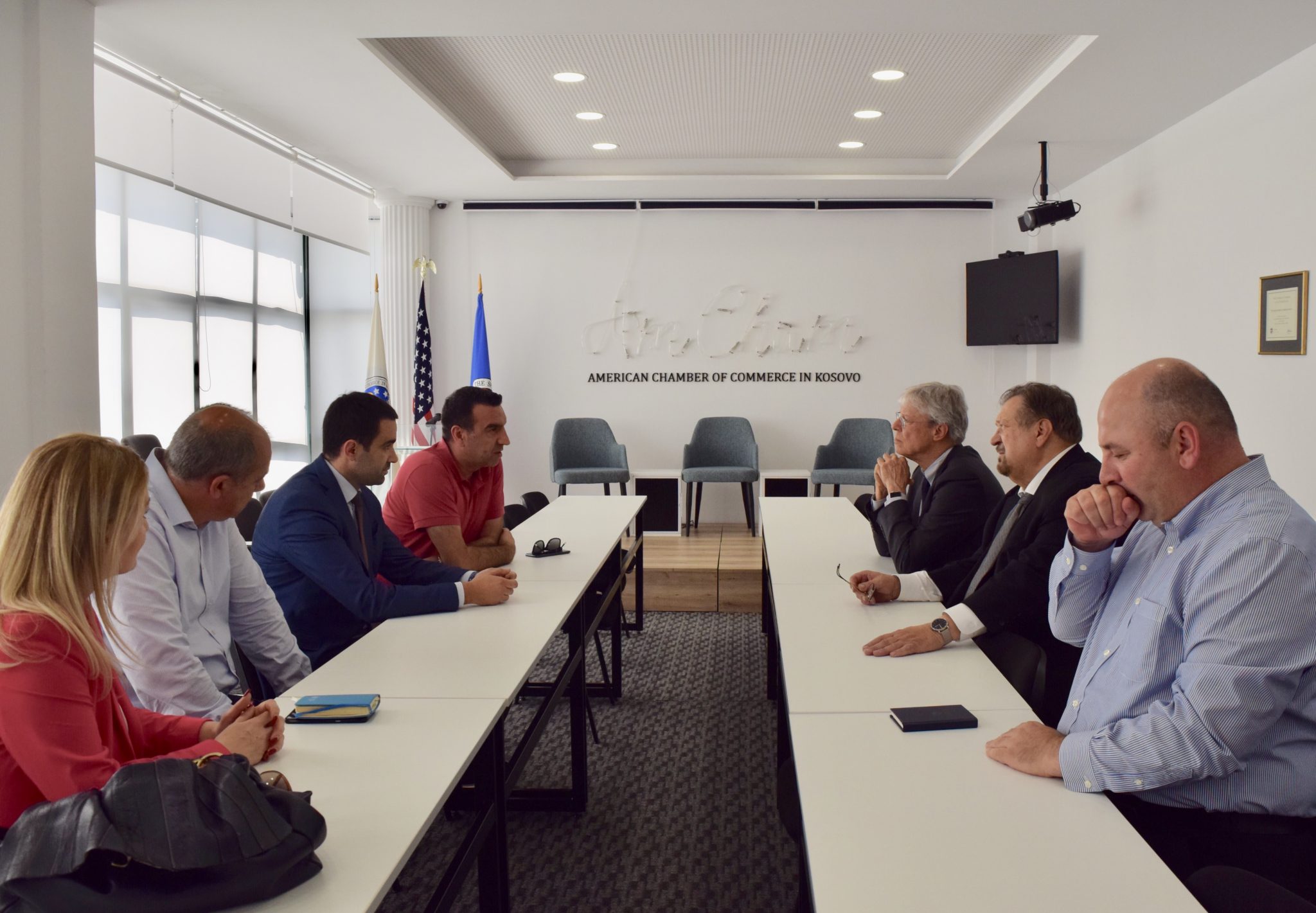 Prishtina, June 25, 2019 – Mayor of the city of Des Moines in Iowa (USA), Frank Cownie, and Des Moines Sister Cities Commission Chairman, Roger Nowadzky, accompanied by Kosovo Counsel General in Iowa, Artan Duraku, visited the American Chamber of Commerce in Kosovo where they met with the organization’s leaders as well as the Director of strategic planning and stable development at the Municipality of Prishtina, Genc Bashota.

Mayor Cownie expressed his interest in cooperation opportunities between U.S. companies from Iowa and Kosovar companies, pledging that he will personally be engaged in strengthening Iowa-Kosovo relation, especially with the city he leads, Des Moines.

President of AmCham Board of Governors, Ilir Ibrahimi, spoke about the good relations between both countries, mentioning that AmCham has played a crucial role in creating these relations, pledging to continue this role even in the future.

AmCham Executive Director, Arian Zeka, informed the visitors from the United States of America about the decision of the Government of Kosovo for the establishment of the Special American Economic Zone as a great opportunity in attracting businesses from the U.S. in general, especially from Iowa. He spoke about certain sectors that could be more attractive for U.S. investors but also about the qualitative products of Kosovo which can easily emerge in the U.S. market.

On the other hand, General Counsel of the Republic of Kosovo, Artan Duraku, spoke about his plans on strengthening bilateral relations between Iowa and Kosovo, specifically in economy.

Kosovo and Iowa have sister relations since 2013, whereas recently the Municipality of Prishtina and Des Moines have signed sister cities agreement with each other.