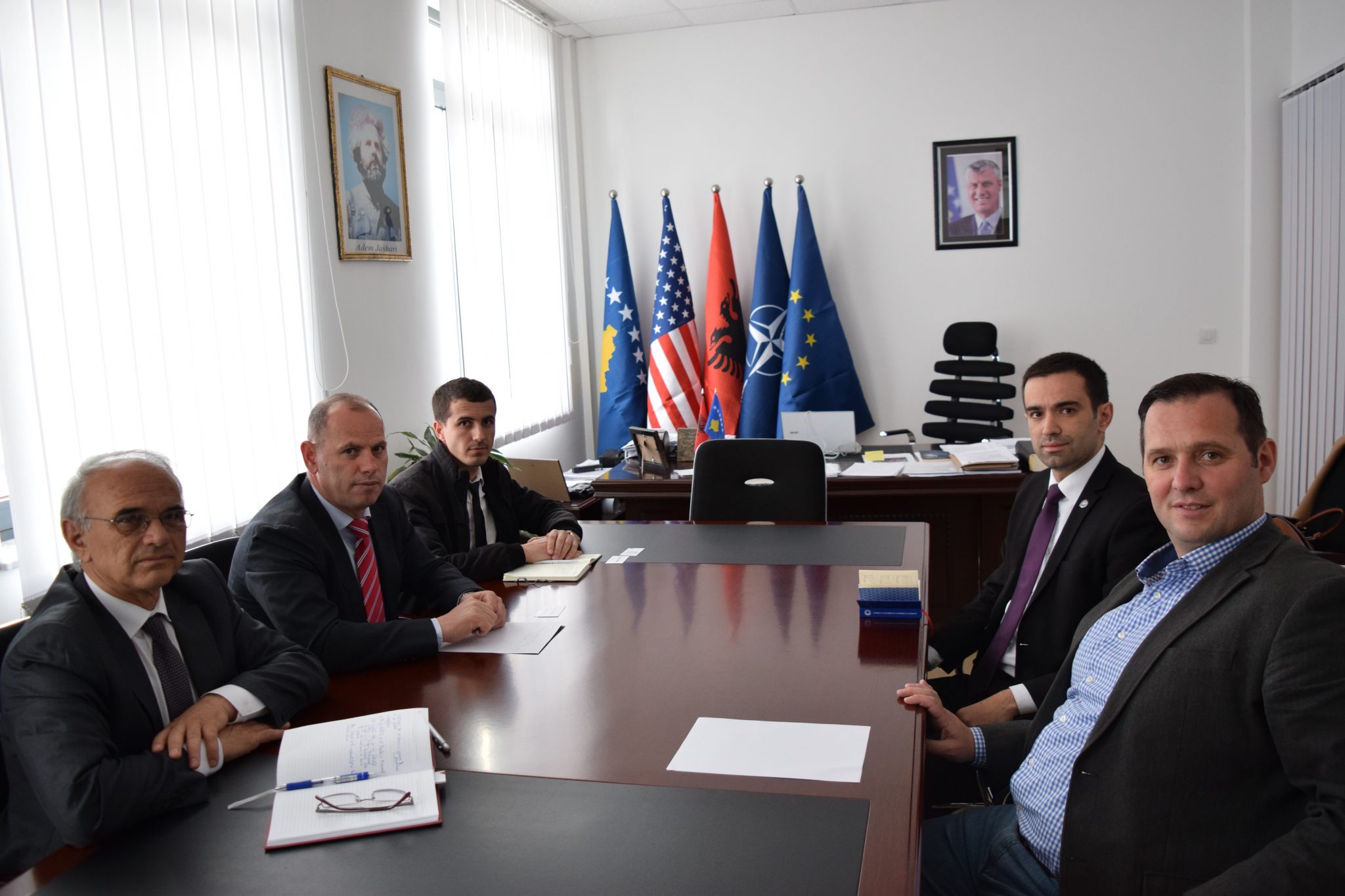 Drenas, April 21, 2017 – Mayor of Drenas Ramiz Lladrovci met the Executive Director of the American Chamber of Commerce in Kosovo, to discuss on increased cooperation for the economic development of the Municipality he runs.

Mayor Lladrovci informed AmCham’s Executive Director on the plans for expansion of the Business Park in Drenas, a project which would provide new oppoertunities for attracting foreign direct investments, as well as on the plans of the Municipality of Drenas for economic development.

The discussion was also focused on the promotion of the free parcels in the existing business park within the business community.