MCC Projects in Kosovo Contribute to Economic Development in the Country 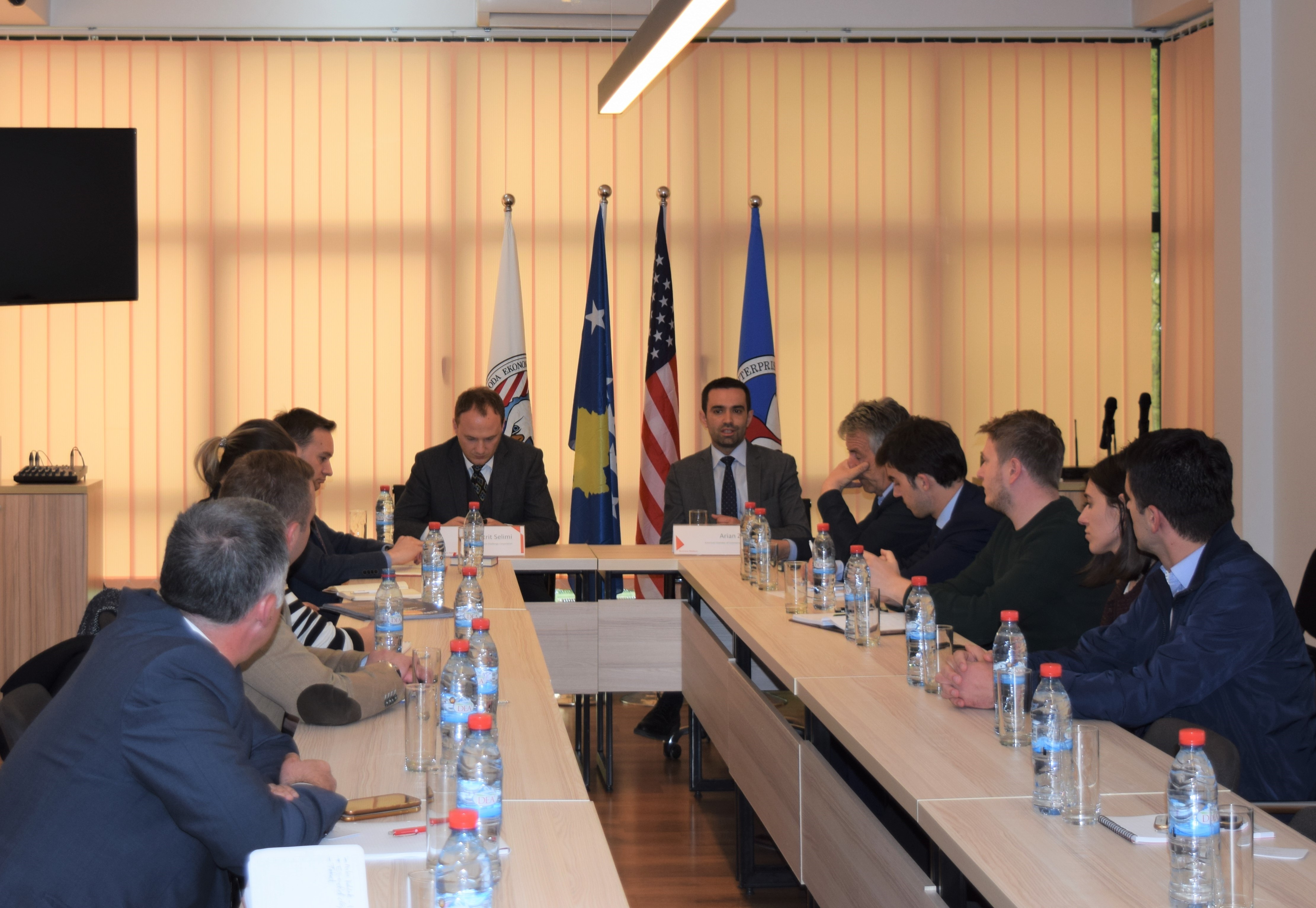 MCC Projects in Kosovo Contribute to Economic Development in the Country

Prishtina, April 19, 2017 – Millennium Challenge Corporation, through its projects on the following years, which aim to aid economic development in the country, will provide investment opportunities, particularly in three main fields: energy efficiency, rule of law and environment protection” said Petrit Selimi MCC National Coordinator for Kosovo in an event organized by the American Chamber of Commerce in Kosovo.

Executive Director of AmCham, Arian Zeka said he was pleased with the presence of Corporate representatives of Millenium Develompent Goals to inform the members of AmCham on investment projects and opportunities that this institution offers to the private sectors and consequently affect the economic development of the country.

MCC National Coordinator for Kosovo Petrit Selimi informed AmCham members on projects which are to be implemented in Kosovo, including subsidizing companies for production of renewable energy, through establishment of a non-baking financial instrument, which will provide funds to companies that fulfill certain criteria. Selimi emphasized also the project for digitalization of services in the judicial system as well as creation of an integrated platform for the air in a national level, a platform through which Kosovo citizens will be able to have access to.

AmCham members had the opportunity to discuss issues of their field of expertise and get informed in more detail on the Millennium Challenge Corporation’s impact on private sector development in particular.