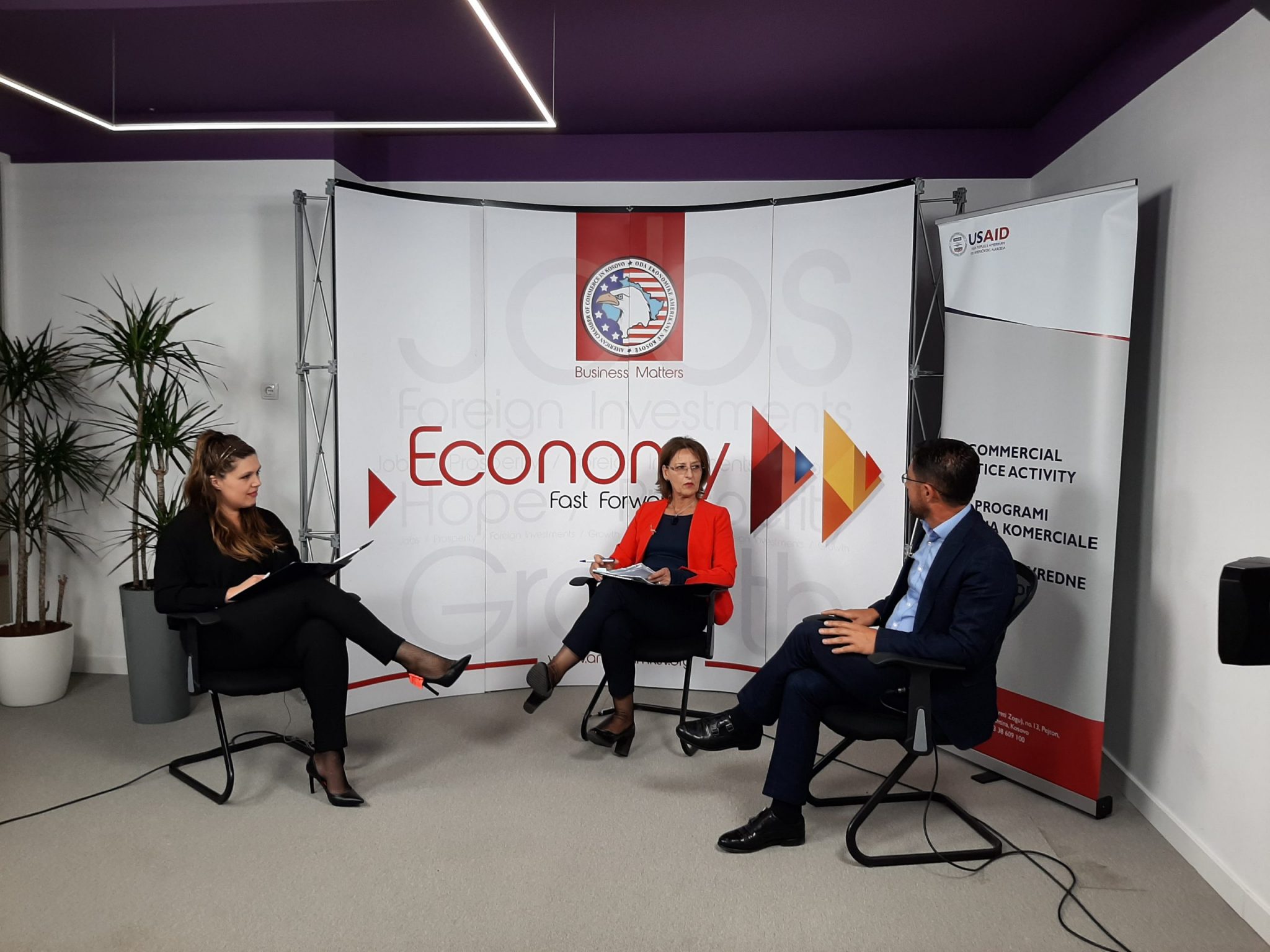 Prishtina, June 4, 2020 – The COVID-19 pandemic, in addition to its impact on public health and economic activities, has severely affected judicial activities thus causing the accumulation of cases and disputes that cannot be resolved without the presence of parties in court. The use of mediation as an effective method of resolving disputes to facilitate the activity of courts, especially during this time, was the topic of discussion in the latest virtual forum, organized by the American Chamber of Commerce in Kosovo in cooperation with USAID Commercial Justice Activity.

Makifete Saliuka, deputy head of the Kosovo Judicial Council, stressed that because of the pandemic work has been done with reduced capacities, and courts have only dealt with the most urgent cases. According to her, the Court Administration Committee within its crisis management plan has foreseen the possibility for holding court hearings online, where several mediation sessions provided by USAID Commercial Justice Activity have already been conducted. Regarding mediation, Saliuka stressed that the social and economic development, although very welcome, has often led to disagreements between parties, which has affected the need for an alternative method of resolving disputes. She added that mediation as a process should be respected and used by parties and courts as an imperative disposition for resolving family or economic disputes, and that solid foundations of mediation have been laid in Kosovo thus the fundamental right of every person for a fair trial will not be violated.

Faton Morina, chairman of the Chamber of Mediators, stated that mediation in our society began in 2008 and its full functioning as a process was done in 2012, after the licensing of the first mediators by the Ministry of Justice. Morina stressed that as a result of the temporary ban on activities due to the COVID-19 pandemic, the institution he leads has not had an overwhelming workload but they have continued their activities through alternative methods, including online mediation sessions supported by USAID. Morina added that the hearings held online were not very different from cases handled in court and that the advantage of mediation lies in the fact that parties can use it as a more efficient and quick method for resolving disputes. He stressed that so far there is no case of disputes handled through mediation that has been returned for re-treatment, while emphasizing that he hopes that this method will be used more intensively for any kind of dispute.