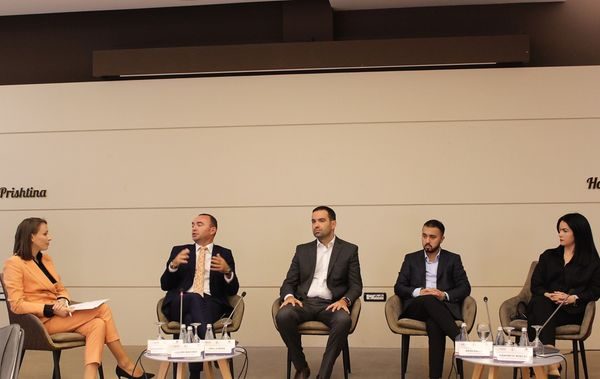 Prishtina, September 23, 2022 – To conclude the Mediation Week, AmCham in cooperation with USAID Commercial Justice Activity and Kosovo Chamber of Commerce organized a forum in which mediation in Kosovo was discussed.

Speakers at the forum presented different perspectives, highlighting the benefits of mediation, as well as ways how mediation services can be further promoted among the business community.

The panel comprised of Eros Gashi, Advisor to the Minister of Justice, Ganimete Xhelili, the President of the Chamber of Mediators, Executive Director of the American Chamber of Commerce in Kosovo, and Lulzim Rafuna, the President of the Kosovo Chamber of Commerce. The panel was moderated by Hasie Abdullahu Hajdini from USAID Commercial Justice Activity, whereas opening remarks were conducted by Christopher Thompson, Chief of Party of USAID Commercial Justice Activity.