Mediation: an out-of-court alternative with many advantages 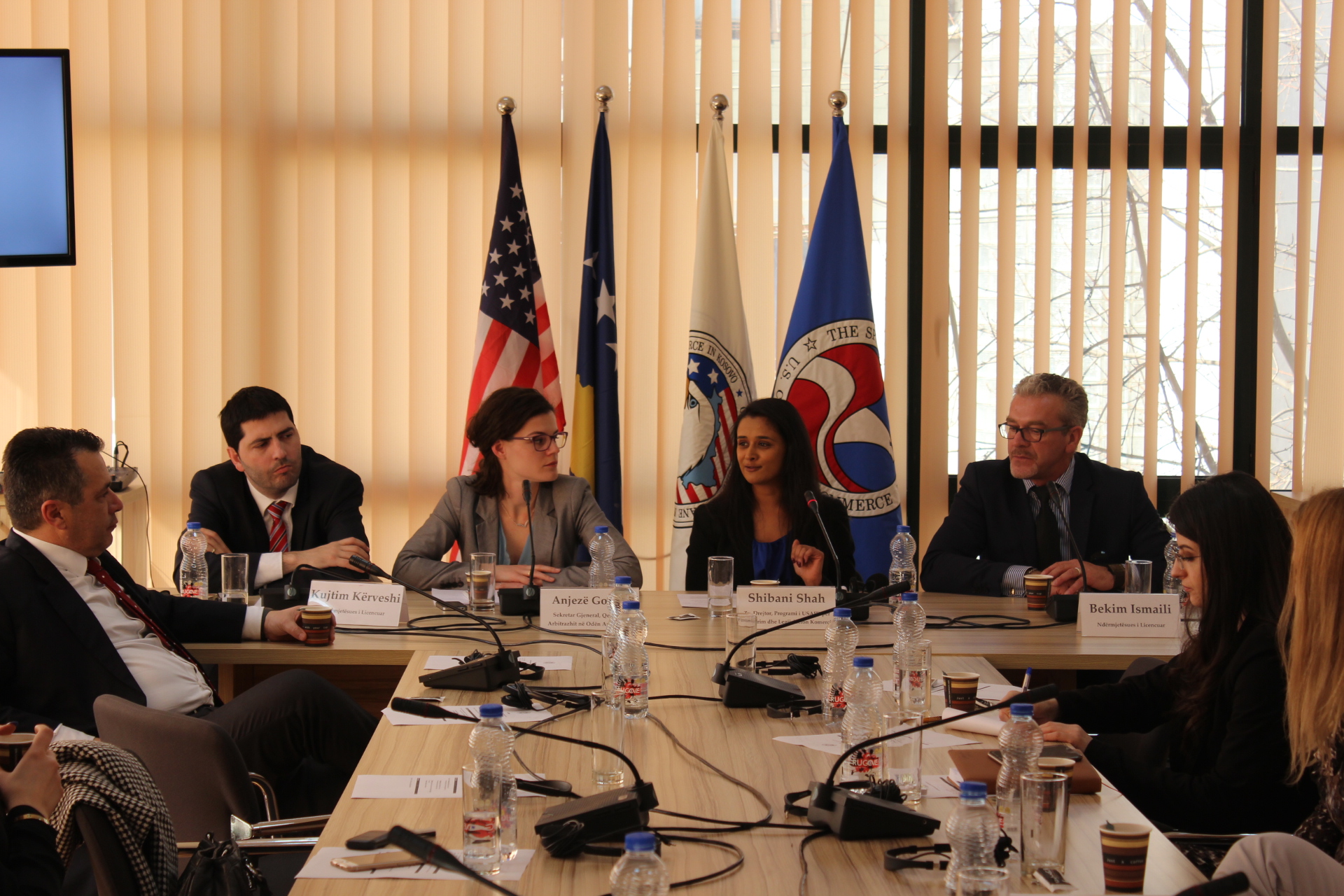 Mediation: an out-of-court alternative with many advantages

Prishtina, March 21, 2016 – Advantages of mediation, best practices and the current use of mediation in Kosovo, the role of mediators and enforcement of settlement agreements, as well as increasing awareness of the business community for using mediation as a very efficient alternative, were some of the topics discussed in the roundtable: ‘Mediation: commercial disputes’, organized by the Arbitration Center of the American Chamber of Commerce in Kosovo.

In her opening remarks, Anjezë Gojani, Secretary General of AmCham Arbitration Center, stated that the way of resolving disputes represents a strategic decision for businesses, depending on their primary interests, including low costs, efficiency in resolving disputes, as well as the possibility of influencing the choice of experts of the respective field of the dispute. Further, she said that mediation in particular enables the discussion of the complexity and root of the problem between parties, which is not provided by the regular procedure in courts and traditional judicial system. She also mentioned the difference between courts and meditation, and the benefits provided by the latter one.

Bekim Ismaili presented the general concept of mediation, including the method of choosing mediators and their work, thus enabling to parties the opportunity of including experts from different fields, qualified for treating specific disputes. Ismaili emphasized the impact that mediation would also have in increasing the efficiency of our judiciary.

Kujtim Kërveshi elaborated on the role of mediators and the level of their involvement in a mediation procedure. He emphasized that their role consists in gathering and structuring options, guided by the interest of the parties. Compared to the courts which are focused in resolving legal issues, mediation provides discussions for resolving the problem between the parties through compromise and an agreement which is self-executing.

Shibani Shah was more focused on the enforcement of the agreement, as the last chain of the mediation process. She explained to the participants that the agreement reached through this process, which is a reflection of the will of the parties is equivalent to a contract. Further, she emphasized that the inclusion of mediation and arbitration clause (MedArb) is very recommended, especially in avoiding lengthy court procedures in cases when one party does not respect the enforcement, according to the agreement from the mediation procedure.

Representatives of businesses had the opportunity to address their questions on uncertainties related to this process and raise issues of their interest, which resulted with a highly interactive discussion between them and the panel.