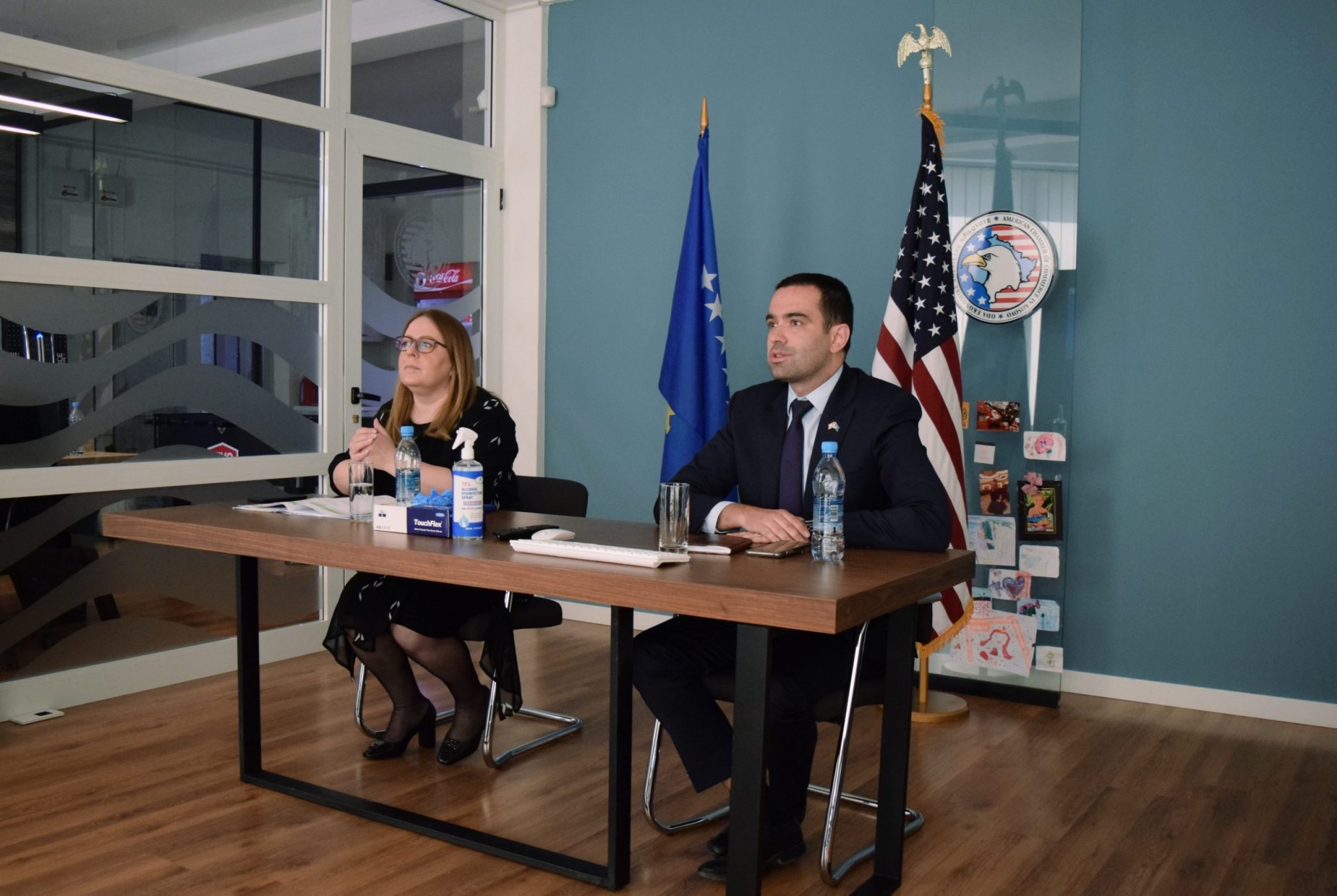 Prishtina, July 10, 2020 – The Minister of Finance Hykmete Bajrami participated in a virtual forum with busines representatives organized by the American Chamber of Commerce in Kosovo, during which private sector support and most affected businesses by COVID19 pandemic which has caused an unprecedented cessation of economic activities and consequently stagnated the economic development of the Republic of Kosovo were discussed.

The Minister of Finance and Transfers, Hykmete Bajrami, said that the Ministry of Finance is awaiting the approval of the reviewed budget from the Assembly, so that it can execute the funds provided in the emergency fiscal package, as well as those in the recovery package. Minister Bajrami clarified that the Recovery Package respectively includes the facilitation of businesses’ access to finance.

“In the Economic Recovery Package, we have focused on access to finance and such instruments from which businesses can benefit based on the same principles and criteria, but this can also be a long-term benefit. We are working with the Credit Guarantee Fund to open windows for some sectors. We have taken the responsibility to increase the capital of the Credit Guarantee Fund up to 100 million euros during this year and the next, and the risk coverage for these loans up to 80%. Furthermore, as a Government, during the pandemic we will fully take on the fee charged by the Credit Guarantee Fund,” stated Minister Bajrami, adding that with the decision of the Government of the Republic of Kosovo and the Prime Minister Avdullah Hoti, citizens will have the opportunity to withdraw 10% of their savings from the pension fund on a voluntary basis.

Minister Bajrami said that the information technology sector will have the attention of the Government due to the many opportunities that this sector offers for the employment of Kosovo’s youth, emphasizing that the Ministry she leads and the Government of Kosovo in general are interested in incentives the state can provide for the empowerment of technology and digitalization sector through investments and training. The Minister further clarified that a working group has been established to compile the administrative instruction for tax breaks for new investments, while at the same time during the upcoming days the excise calendar which would increase the predictability among businesses which are subject to excise duties will be compiled. She also stated that in order to support the gastronomy sector, the proposal from the business community for reducing the value added tax from 18% to 8% is being reviewed.