Ministry of Finance Presents the New Fiscal Package to AmCham 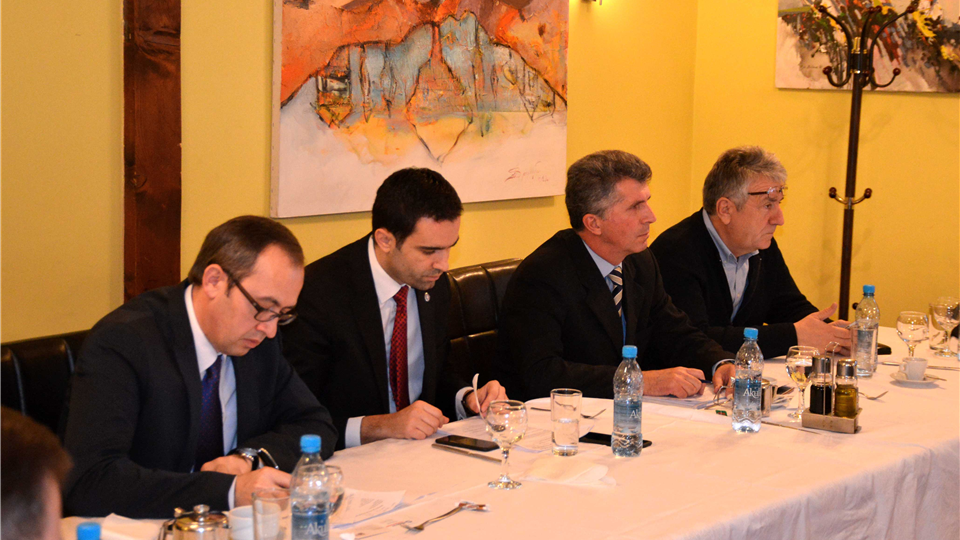 Ministry of Finance Presents the New Fiscal Package to AmCham

Prishtina, January 16, 2017 – In order for businesses to be informed about the new Fiscal Package and its content as well as get an insight of the Economic Reform Programme, the American Chamber of Commerce in Kosovo organized an event with Minister of Finance Avdullah Hoti, General Director of Tax Administration of Kosovo Sakip Imeri, Acting General Director of Kosovo Customs Fahri Gashi and Qemajl Marmullakaj Office of Strategic Planning Director from the Prime Minister office.

AmCham Executive Director Arian Zeka said that American Chamber of Commerce has constantly voiced the need to complete the fiscal package, thus asking for the implementation of tax holidays and extension of the list of customs exempted goods. Zeka reiterated that American Chamber of Commerce in Kosovo will persistently request the reestablishment of the Independent Reviewing Board, as a crucial mechanism to review in a two-instance appeal procedure, complains of businesses towards TAK and Customs.

Minister of Finance Avdullah Hoti presented the new Fiscal Package as well as praised the input of AmCham members. Minister Hoti emphasized that this package includes seven basic administrative measures, which aim to facilitate the doing business environment in the country. The package has taken into account, among others, the request of AmCham to extent the list of customs exempted goods, Administrative Instruction on tax holidays as well as the legal regulation of the issue of losses.

General Director of Tax Administration of Kosovo Sakip Imeri said that the orientation of TAK is towards simplification of procedures and facilitation of communication with taxpayers, thus emphasizing that this institution is working to enable a new communication channel for biggest taxpayers. Whereas, Qemajl Marmullakaj from the Prime Minister Office presented in detail the Economic Reform Programme, which is to be submitted to the European Commission by the end of this month.