More should be done in increasing Kosovo’s benefits from CEFTA 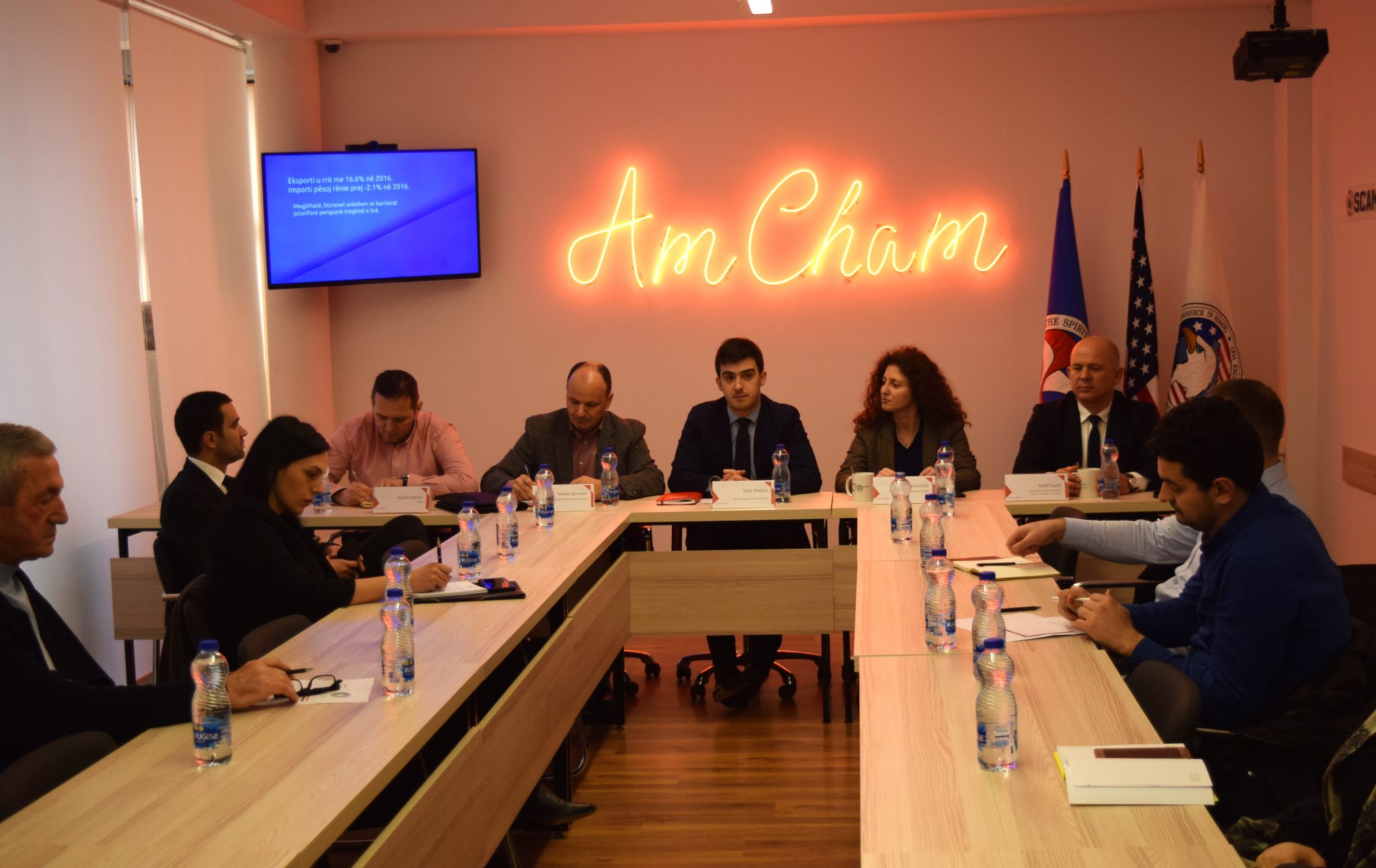 More should be done in increasing Kosovo’s benefits from CEFTA

Prishtinë, February 13, 2018 – Despite Kosovo’s benefits from the Central European Free Trade Agreement (CEFTA) in the regional market integration, Kosovo has benefitted less in the economic aspect, considering the numerous challenges that producers in the country have faced throughout the years. This was the main conclusion from the roundtable today, organized from the American Chamber of Commerce in Kosovo titled “CEFTA: Free trade, but how fair?”

Visar Hapçiu, AmCham, Policy Manager, mentioned that the time when Kosovo became member of this agreement it was represented with the United Nation’s Interim Mission, making it impossible for Kosovo to take measures in defending the local production, in comparison with the other member countries. What has also resulted to have less benefits from CEFTA are the not-so-favorable fiscal policies that were back then for producers.

Sytrime Dervisholli, Trade Department Director at the Ministry of Trade and Industry, stressed the various barriers that member countries of this agreement have applied for Kosovo products throughout the years. She explained that the Ministry continuously has addressed the challenges in CEFTA’s Secretariat, but the response given from the corresponding parties was not always the best. Dervisholli also mentioned the current law on import defense measures, adding that the Ministry has increased capacities in implementing these laws.

Valdet Gjinovci, Chief Executive Officer of the Food and Veterinary Agency, said that it is unfortunate that Kosovar producers have faced numerous non-tariff challenges in exports in CEFTA member countries. He explained that the institution he leads treats all local producers’ requirements with priority in order to facilitate the exports procedures in other countries. Further on, Gjinovci added that currently many steps have been undertaken in offering online services within this institution.

Hakif Gashi, Meridian Corporation representative and Vice President of AmCham Board of Governors, said that CEFTA, in the business community, has been assessed more from the politics aspect than from the economic one. He mentioned that the country’s institutions should work more in the private sector in general, and the production sector in particular in order to identify and promote particular sectors in which Kosovo could have competitive advantage in comparison with other countries, potential for exports in the years to come.

Kujtim Gjevori, Scampa representative, mentioned that until now CEFTA has not been favorable for Kosovo, adding the fiscal policies for producers that have been during these years. Considering the current fiscal measures undertaken from the Government which have helped in equalizing the competitive position of producer companies in Kosovo with regional countries, Gjevori added that now is the time to seek other opportunities in helping the production sector in the country, especially in exports growth.

Further on, the attendants had the chance to discuss the challenges and barriers that they have faced from CEFTA, and also the future steps that institutions should undertake in increasing benefits from this agreement.