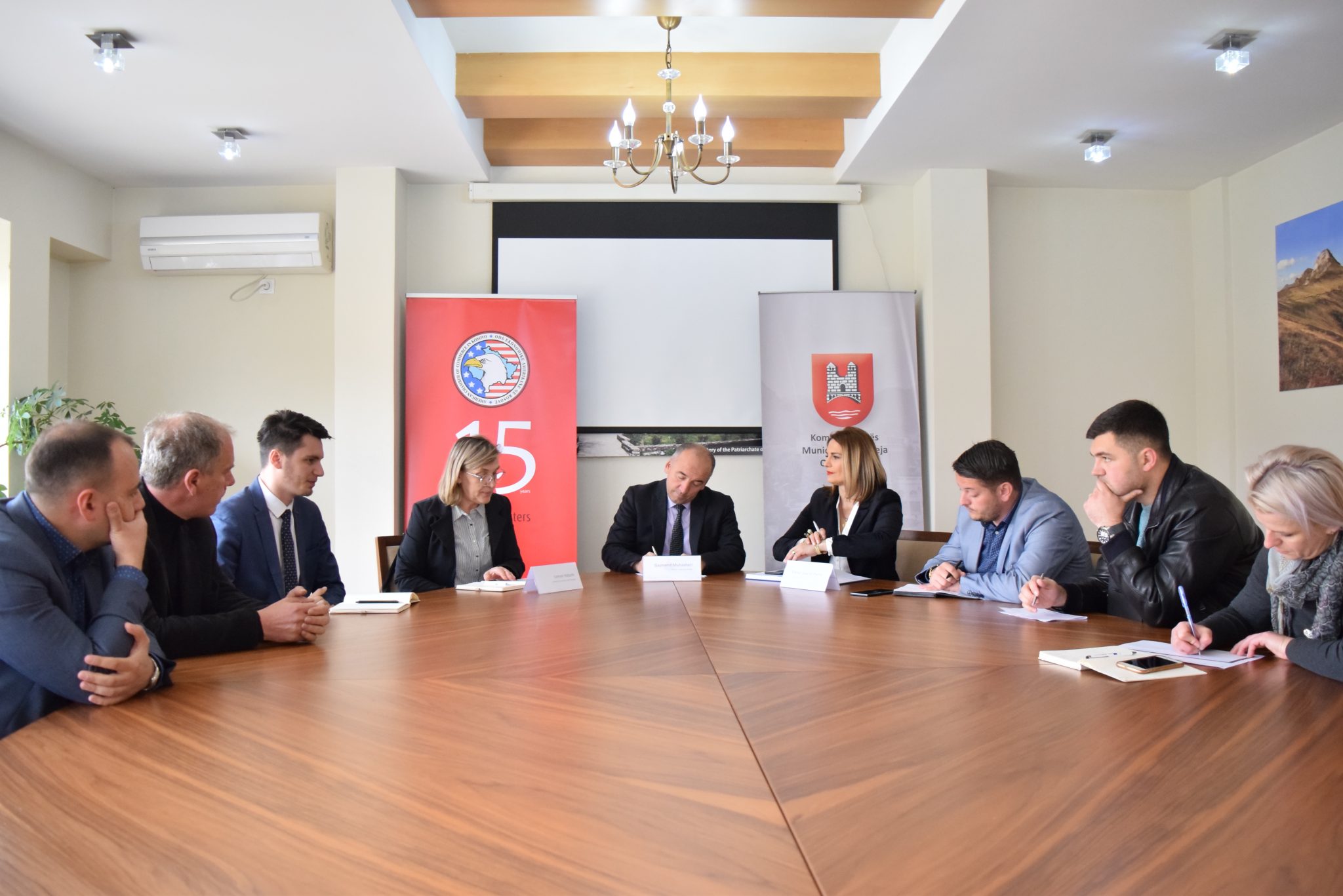 Prishtina, March 27, 2019 – During the roundtable organized by the American Chamber of Commerce in Kosovo with the Mayor of the Municipality of Peja, Gazmend Muhaxheri, and the Regional Development Agency-West, businesses from this region addressed problems and challenges they face in their daily operations and was also discussed the role of the Municipality in this regard.

Acting Policy Manager of AmCham, Albion Ujkashi, while thanking the Mayor of the Municipality of Peja and the Regional Development Agency for their cooperation and availability, informed businesses present with the purpose of organizing these roundtables in various municipalities which help identify problems that businesses face in order for these to be addressed through the right mechanisms through AmCham.

Mayor of Municipality of Peja, Gazmend Muhaxheri, mentioned that the role of local institutions is crucial in creating a favorable environment of doing business, adding that the Municipality of Peja welcomes the cooperation between the private sector and business associations. Specifically, Muhaxheri mentioned the need for better coordination between stakeholders in addressing important issues such as lack of qualified labor force and high rates of emigration.

Executive Director of Regional Development Agency-West, Leman Hatashi, said that there are still many challenges in the business community and local authorities have expressed their readiness to solve various problems that businesses face. Hatashi mentioned the need of organizing such roundtables more frequently, whereas in regards to issues related to labor force she mentioned the need to establish competency centers in the region of Peja.