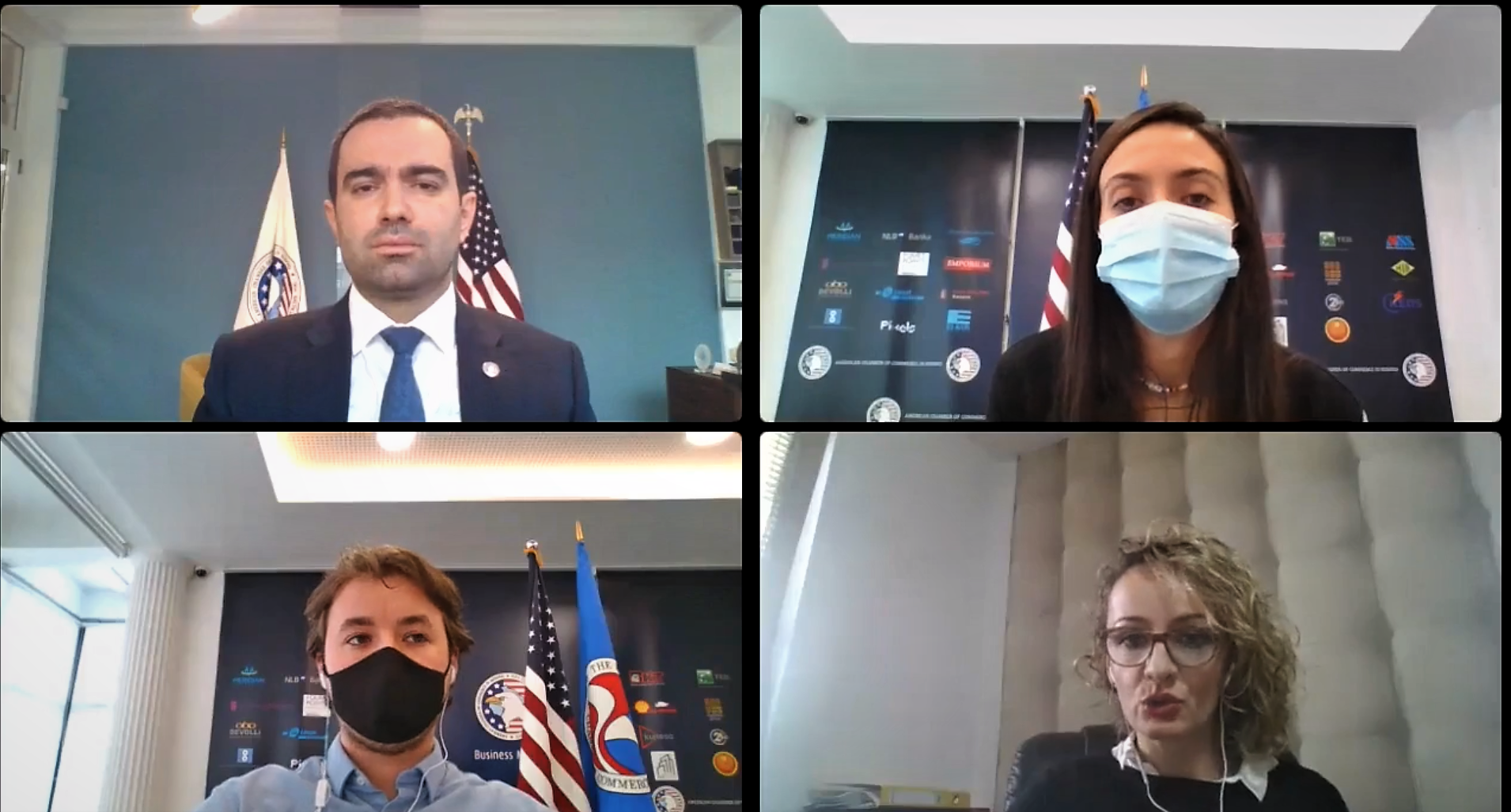 Prishtina, December 9, 2020 – Corruption remains one of the most negative occurrences that hinders business activities, as well as the proper economic development, which is heavily driven by the private sector. On the International Anti-Corruption Day, the American Chamber of Commerce in Kosovo, supported by the USAID Commercial Justice Activity has presented the Corruption Perception Study, which provides an overview of the progress marked in the country throughout the years in the fight against corruption.

Arian Zeka, Executive Director of the American Chamber of Commerce in Kosovo, stated that this is the third consecutive study on corruption perception conducted by AmCham, whereas for the past two years it has been supported by the USAID Commercial Justice Activity. Zeka noted that this study, in addition to serving AmCham, also serves both institutional and noninstitutional partners as a roadmap document regarding the level of corruption perception within the private sector community, and also the level of corruption businesses have faced within various institutions. He further stressed that this year, this study also brings two new aspects which are the inclusion of estimates of the COVID-19 impact on the increase of corruption, as well as a special focus on the corruption perceived and faced within business to business relations within the private sector. Furthermore, Zeka stated that the judiciary is an important link in the chain of war against corruption, therefore the increase of trust on the justice system encourages businesses to report corruption cases.

Vjosa Shkodra, Deputy Chief of Party at the USAID Commercial Justice Activity stressed that such studies serve as an important source of information. Whereas, while relating to the main objectives of the Commercial Justice Activity, Shkodra stated that among its top priorities is the prevention or minimization of opportunities to conduct corruption, while also emphasizing that when it comes to creating opportunities for businesses, the proper rule of law would create the path for market integration even with European countries, and would create a better economic climate for all businesses. Furthermore, she stressed that the Commercial Court would positively affect the attraction of foreign investments, generation of jobs as well as increase the citizens trust in the justice system.

The findings of this study were presented by Andina Vllahiu-Kelmendi, Policy Officer at AmCham as well as Diar Ramadani, USAID Commercial Justice Activity Representative, who emphasized that there is a need for increasing businesses’ and citizens’ awareness regarding the fight against corruption, as well as regarding the ways the judicial system can be reformed, having a direct impact in the fight against this occurrence which is quite negative both socially and economically.

Corruption Perception Study was conducted through a survey consisting of 364 respondents, representatives of businesses from various sectors of the country, which is a sample size significantly larger than in the previous years. The 2020 survey shows that approximately 60% of respondents view the COVID-19 pandemic and corruption as the two main issues the country is faced with. This year again, around 42% of respondents believe that compared to five years ago, corruption in Kosovo has increased, which is a similar rate from the 2019 study as well. Also, 40% of the surveyed businesses believe that the outbreak of the COVID-19 pandemic has impacted the rise of corruption levels.

The 2020 survey has revealed that the government is believed to be the most corrupted institution and this in the view of around 70%, followed by courts as per the opinion of 57%. However, there seems to be a contradiction between the level of perception of corruption and the level of transparency, as close to 60% of respondents rank the government as the most transparent institution, followed by the publicly-owned enterprises as per the opinion of around 55% of respondents, and 50% of businesses who rank courts in third place in terms of transparency. Nearly 40% of respondents report that they have encountered corruption, which is a 20% increase compared to the 2019 study. Whereas, over 45% of them have ranked municipalities as the primary institutions where they have faced corruption, followed by 35% that have claimed to have encountered corruption in the Tax Administration of Kosovo.