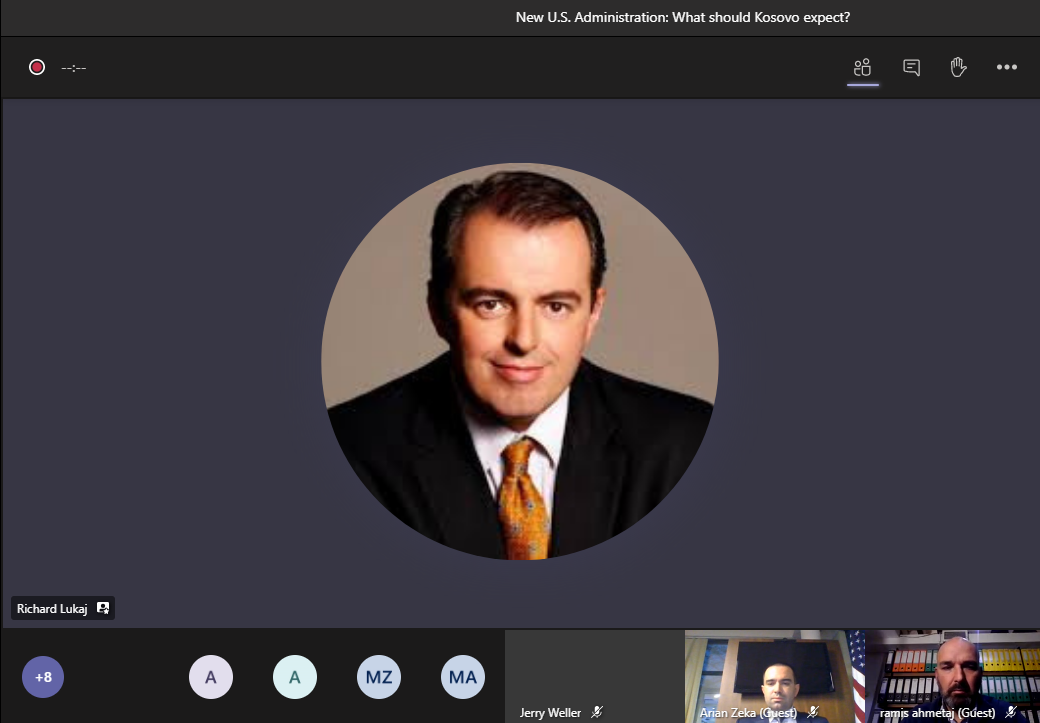 Prishtina, December 12, 2020 – The continuous support that the U.S. has provided for Kosovo is of vital importance for the development and strengthening of the economy, the state, and the democracy of the country. While the U.S. elections and presidential transition have attracted global attention, a much-discussed issue has also been the envisaged change in international diplomatic policies and relations in the new administration’s approach. For providing a view on this topic, the American Chamber of Commerce in Kosovo organized a virtual forum with the Albanian-American activist Richard Lukaj, during which the expectations that the country may have from the new U.S. administration, led by the President-elect Joe Biden were discussed.

Referring to the November presidential elections, prominent Albanian-American activist Richard Lukaj said that the former created a lot of uncertainty about investments and contracts concluded by the Trump administration, where he also highlighted the agreement for economic normalization signed in September between the Republic of Kosovo and Serbia, while adding that the Biden administration differs from the Trump administration in terms of the approach with Kosovo, due to the prior knowledge and experiences of President-elect Joe Biden with Kosovo. According to him, this awareness will be reflected in diplomatic talks and in the drafting of U.S. international foreign policy, where, according to him, the historical context will also play a major role.

Activist Lukaj also stressed that Kosovo should take concrete self-initiated steps towards strengthening the state and democracy, as well as continue progress and cooperation with NATO and other international organizations. Lukaj noted the need to improve the negative image of the country in front of foreign investors, as this phenomenon affects the increase of reluctance to invest in Kosovo, while according to him, other aspects that need to be strengthened are the rule of law, economic direction, and state maturity, as well as the fight against corruption.

Former U.S. Congressman, the honorable Jerry Weller, was also present in this forum. Weller highlighted that the prior knowledge possessed by U.S. President-elect Joe Biden for the state of Kosovo is a key difference between the two administrations while agreeing that Kosovo needs to work towards its empowerment and adding that given the influential factors in state leadership, persons at decision-making levels are key for the development of U.S.-Kosovo relations.