Partnership between Iowa and Kosovo to include stronger economic ties 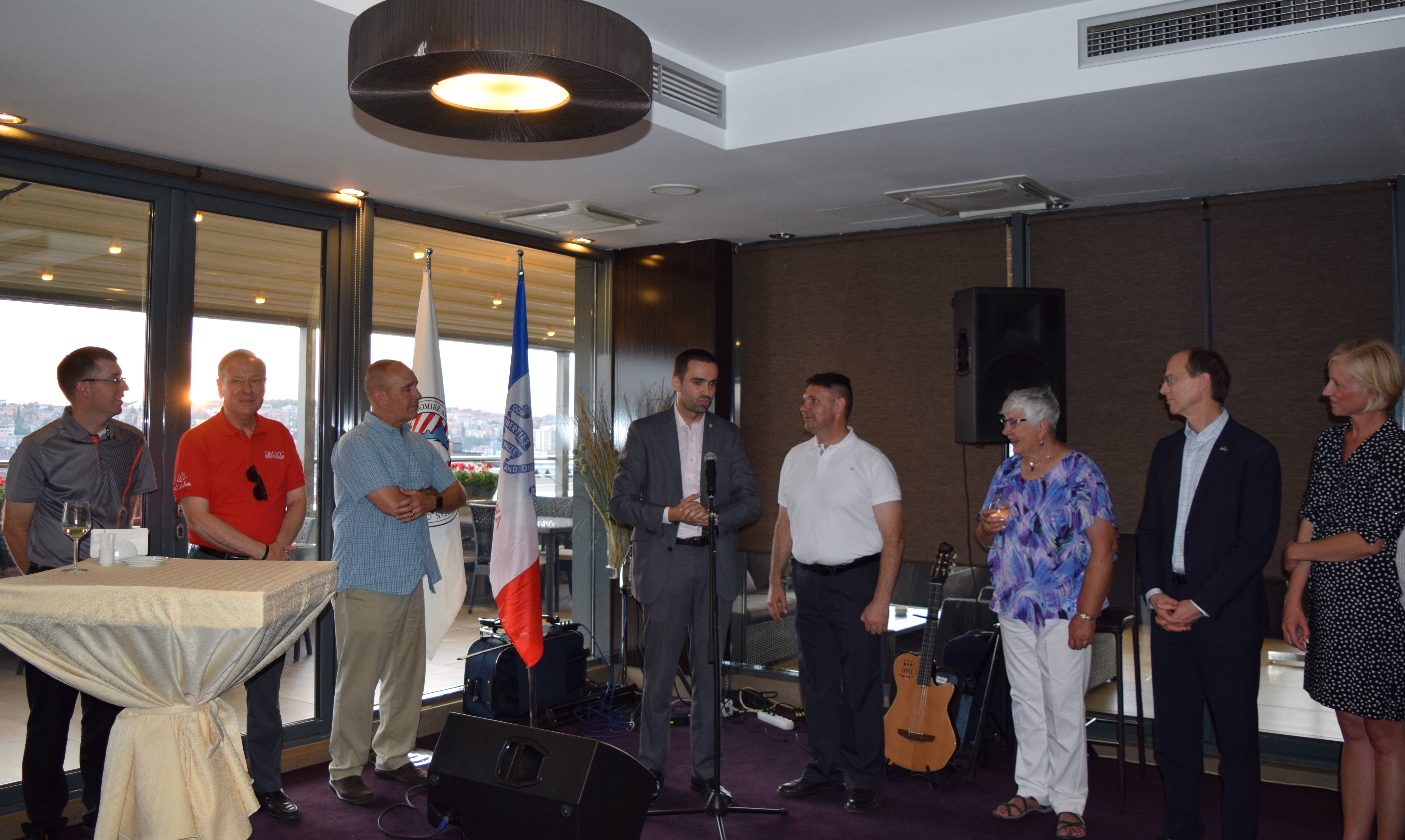 Partnership between Iowa and Kosovo to include stronger economic ties

Prishtina, June 28, 2017 – As part of the visit of the delegation of Iowa to Kosovo and with purpose of identification of potentials of Kosovo’s companies, representatives of the Greater Des Moines Partnership business association visited several AmCham member companies.

David Maahs from Greater Des Moines Partnership visited the following companies: Cacttus, Fingermarket, Trepharm and Devolli Corporation, where he was informed about their operations and potentials for cooperation with U.S. companies.

The activities were concluded with a reception in the honor of the delegation comprising of 20 representatives from the areas such as agriculture, education, information and technology and sports, including the Secretary of Agriculture for the State of Iowa Bill Northey and Commander of Iowa’s National Guard General Timothy Orr.

Iowa delegation was informed on the services of Kosovo’s companies and their potentials for business process outsourcing, as well as their products and the possibility of them being exported to Iowa and United States of America.

The American Chamber of Commerce in Kosovo has a close cooperation with several organizations in the U.S. state of Iowa with purpose of further strengthening of the Sister State Partnership between Kosovo and Iowa.