Possibilities for extending the movement schedule are discussed 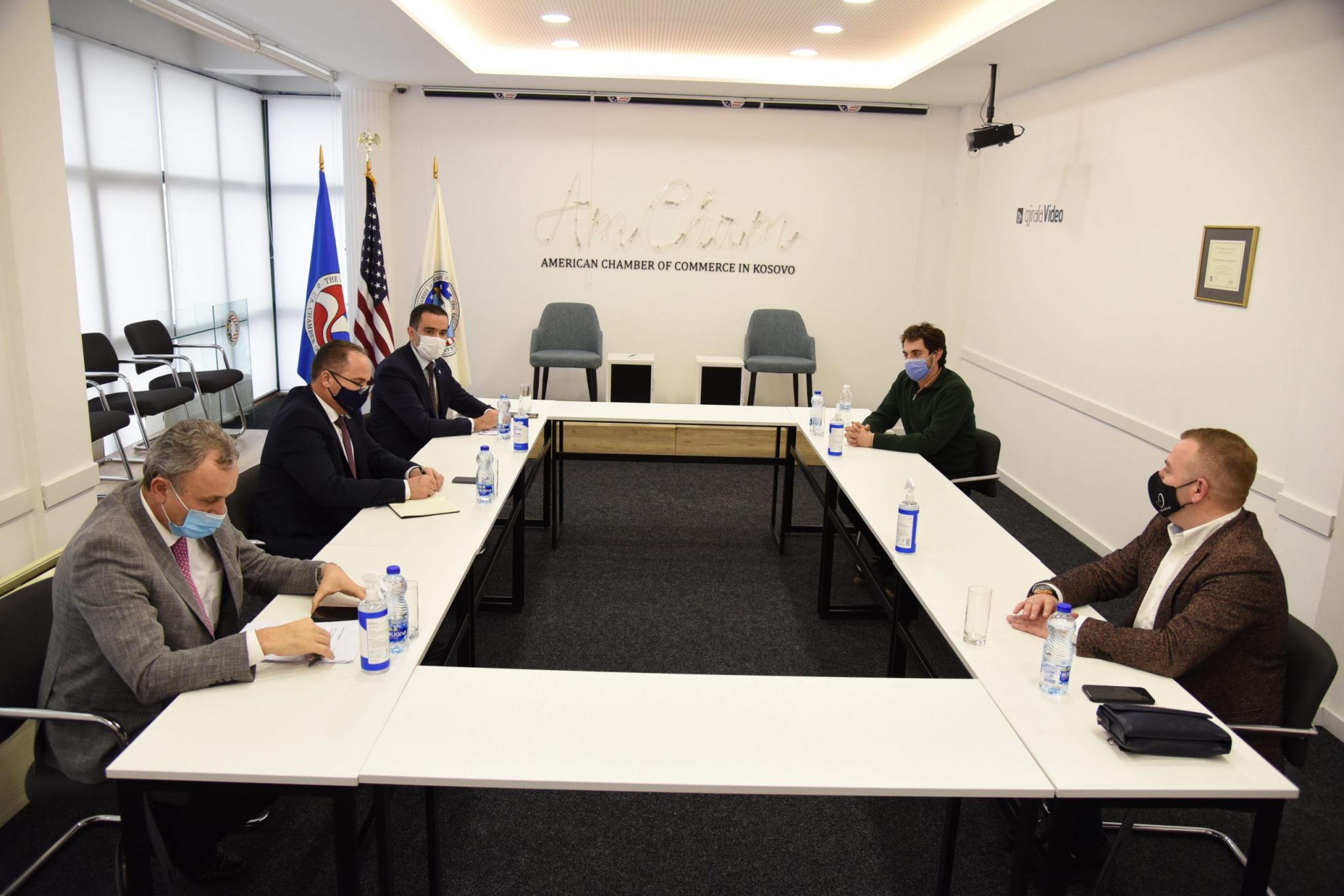 Possibilities for extending the movement schedule are discussed

Prishtina, December 18, 2020 – Representatives of the Healthcare and Hospitality and Tourism Committees within the American Chamber of Commerce in Kosovo met with the Minister of Trade and Industry, Vesel Krasniqi, and the Deputy Minister of Health, Luan Gola, to discuss issues related to the measures of the Government of the Republic of Kosovo for protection against the COVID-19 pandemic, as well as the possibilities for coordination for their implementation, for the benefit of citizens and businesses.

The Executive Director of the American Chamber of Commerce in Kosovo, Arian Zeka, stated that AmCham has requested from the Government of the Republic of Kosovo that the curfew be extended, always respecting the measures recommended by the Ministry of Health and the National Institute of Public Health for the protection of public health.

Minister of Trade and Industry, Vesel Krasniqi, said that given the fragility of the country’s economy, the ministry he leads is against a total lockdown. He stressed that for several times within the committee for assessing the situation with COVID-19 he has advocated for taking strict measures, but not for closing the economy as a whole. Krasniqi also noted that given the large influx of diaspora, who play a key role in the country’s budget through remittances, they will address business requests for an extension of the schedule, which is made possible through law enforcement through the inspectorate and the police., as well as through the implementation of strict measures for the protection of public health by businesses.

Deputy Minister of Health, Luan Gola, stressed that the Ministry of Health together with the National Institute of Public Health, up to now have always proposed necessary measures taking into account the limited hospital capacity to deal with a larger number of people infected. Furthermore, he highlighted the fact that the medical staff is tired due to the great work that has been done during these 9 months, while expressing his concern over the very serious situation. While mentioning that the country should be prepared for the period after the pandemic, Gola said that there is a large number of patients diagnosed with other diseases, who are already avoiding treatments and controls due to the possibility of infection. According to Gola, there is a whole range of measures that need to be handled very carefully in order to keep the situation under control.

Erëmal Bajrami, Chairperson of AmCham’s Hospitality and Tourism Committee noted that one of the main requirements of this committee has been to allow the delivery service even during hours when movement is limited, as such a service does not pose a risk to public health, while the same is being implemented in other countries as well. He said that such a thing should be implemented as soon as possible, because any delay results in losses for the economy of Kosovo.

Vullnet Kusari, representative of AmCham’s Healthcare Committee, said that in case of application of wider restrictions of physical activity, the increase of travel abroad should be carefully considered, as it will in turn affect the increase of cases with infections, as well as the loss of national economic potential.