Potentials for investments in Kosovo presented by AmCham in Great Britain 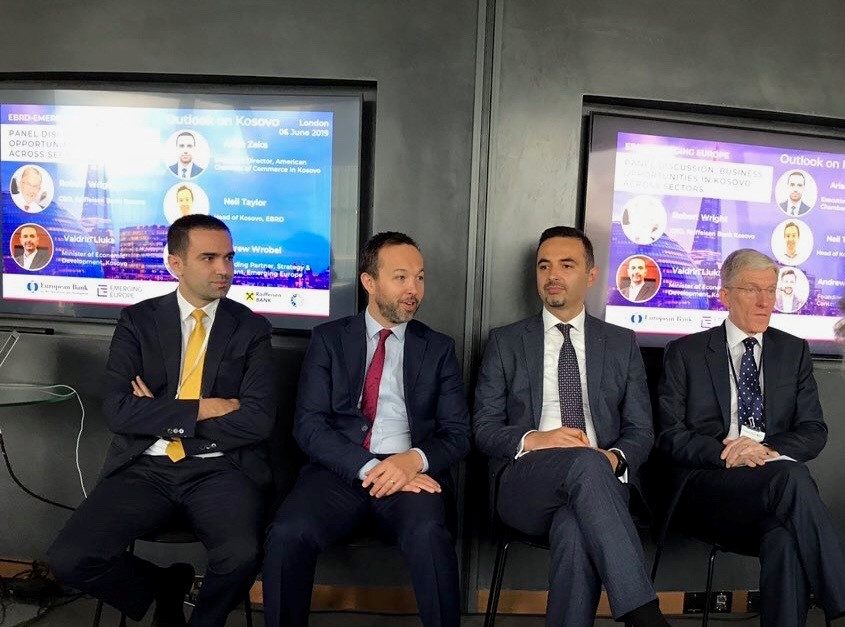 Potentials for investments in Kosovo presented by AmCham in Great Britain

Prishtina, June 7, 2019 – British investors had the chance to get informed about potentials for investments in Kosovo during the conference Outlook on Kosovo in London organized by the European Bank for Reconstruction and Development and Emerging Europe in partnership with Raiffeisen Bank Kosovo and the American Chamber of Commerce in Kosovo.

AmCham Executive Director, Arian Zeka, during the conference said that Kosovo provides numerous potentials for foreign investors in general and for British investors also. These potentials, starting from information technology services to easier manufacturing, combined with the young labor force and continuous reforms in the environment of doing business make Kosovo an attractive country for foreign investors.

AmCham Director talked about the Special American Economic Zone as a unique model of free economic zones which aims on attracting U.S. investors from the USA but also other U.S. investors that are already present in the Great Britain. Furthermore, he said that U.S. and European manufacturing companies should consider opportunities that emerge from Kosovo’s easy access to the European Union market through SAA, respectively to the United States of America through the generalized system of preferences which allows exports of over 3,500 Kosovar goods to the U.S. exempted from all taxes.

Speakers in this conference were also the Minister of Economic Development, Valdrin Lluka, and Head of EBRD for Kosovo, Neil Taylor, and Executive Director of Raiffeisen Bank Kosovo, Robert Wright. Amongst others, the discussion was also focused in Kosovo’s 4% economic growth in the past and is expected to have in the future also, mineral resources, investments in infrastructure, positive developments in the technology sector and entrepreneurship ecosystem.