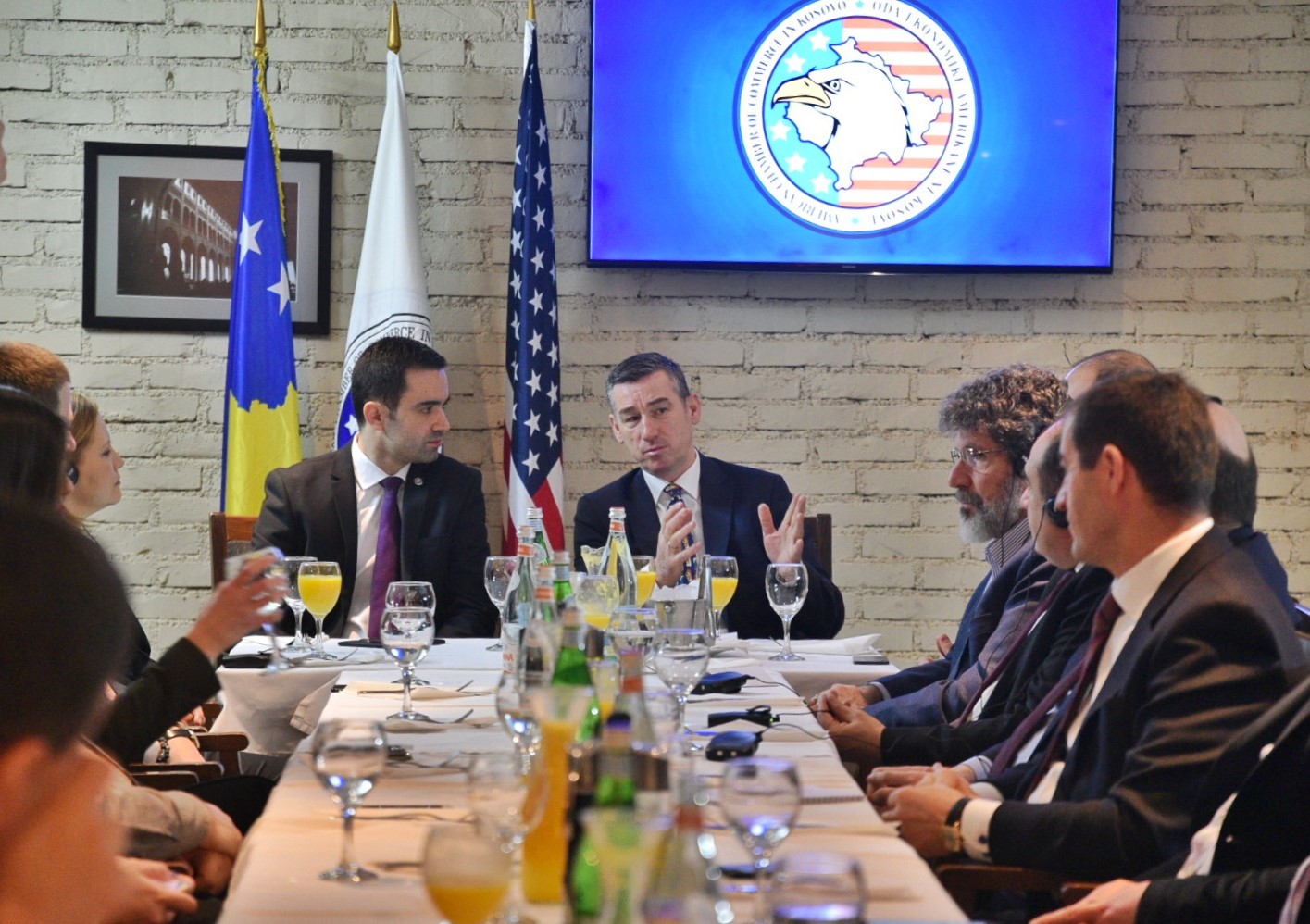 Prishtina, January 25, 2016 – President of the Assembly of Republic of Kosovo Kadri Veseli, has met today members of the American Chamber of Commerce in Kosovo to discuss on issues that hamper development of business community and as a result, the general economic development of the country.

President of the Assembly Veseli also discussed the importance of relevant institutions aimed to improve the doing business environment, combating informal economy, provision of favorable fiscal policies and combating monopolies so that all businesses can operate equally. In this regard, Veseli has encouraged the entire business community to submit a joint request, which shall include three key priorities that this institution should include in its agenda. He affirmed that these priorities will be taken into consideration, including the request to re-establish the Independent Reviewing Board.

“Only if coordinated together, by dialogue and cooperation, we can move forward towards rapid economic development. Businesses are an important asset, the expansion of which can impact employment of citizens. Me, as a President of the Assembly will, by all means, provide institutional support to help and facilitate doing business in Kosovo”, said Veseli.

Arian Zeka AmCham Executive Director praised the continuous support of President of the Assembly to expedite initiatives of crucial importance for business community and Kosovo’s economy, thus including the suspension of the Law on Health Insurance and the voiced request of businesses to re-establish the Independent Reviewing Board, which is to be addressed in the near future, because according to the European Union Office, this issue is not part of any European Union directive and as such Kosovo are the ones to decide upon it.