President of the Parliament visits the American Chamber of Commerce 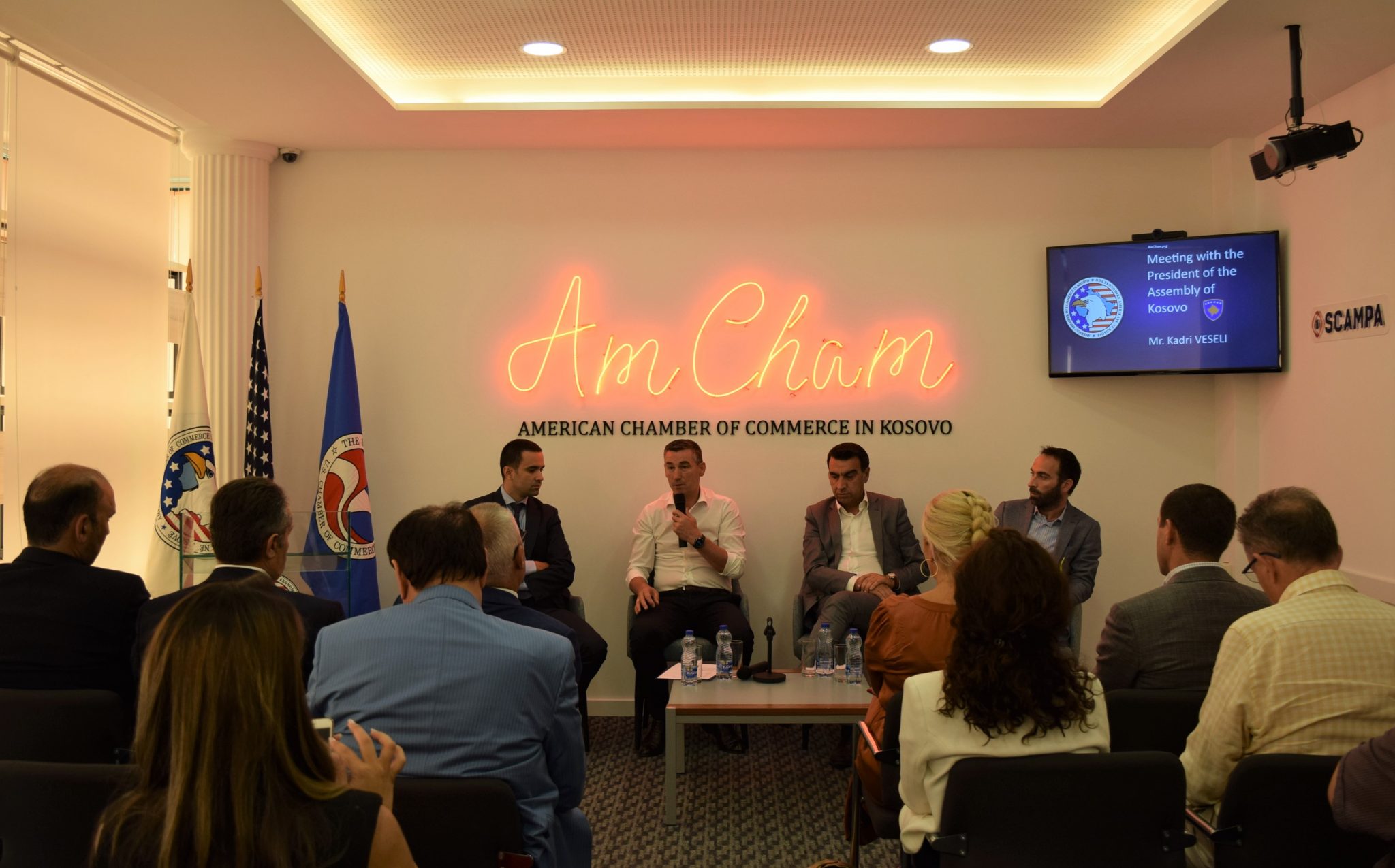 President of the Parliament visits the American Chamber of Commerce

Prishtinë, August 6, 2018 – The American Chamber of Commerce in Kosovo organized a meeting today with the President of the Parliament of Kosovo, Mr. Kadri Veseli, with the main discussions including strengthening the private sector, facilitations for Kosovar businesses, and recommendations on further improving the environment of doing business.

AmCham Executive Director, Arian Zeka, said that AmCham has prepared a document which contains recommendations on further improving the environment of doing business and strengthening the private sector, which has also been sent to the Government and also the Parliament. He said that despite of the progress made in doing business and also the fiscal policies, more should be done in order to attract foreign investors in Kosovo, therefore the dialogue is necessary, mentioning that there is a slightly weaker dialogue between the private and the public sector.

President of the Parliament of Kosovo, Kadri Veseli, said that said that the development of the private sector is crucial in Kosovo’s further economic development, adding that the partnership between the public and the private sector is primary in this regard. Mr. Veseli said that amongst the initiatives undertaken by the Government on strengthening the economic development in Kosovo is preparing the labor force and offering the right skills, mentioning the transformation of the education system as primary in economic growth in Kosovo. Mr. Veseli also mentioned the visa liberalization as an incentive for businesses and the society, as well as increasing the efficiency in courts on not delaying judiciary cases.

Veseli also mentioned the funding program launched from the Ministry of Innovation and Entrepreneurship which will help new businesses get opportunities to develop their operations in Kosovo as well as in the global market. Mr. Veseli also mentioned the issue of increasing salaries, saying that he does not support this initiative and remains supportive of a greater public-private partnership. In conclusion, Veseli called upon AmCham to continue this partnership that has proven to be helpful for the private sector, saying that he will further support the private sector development in Kosovo.