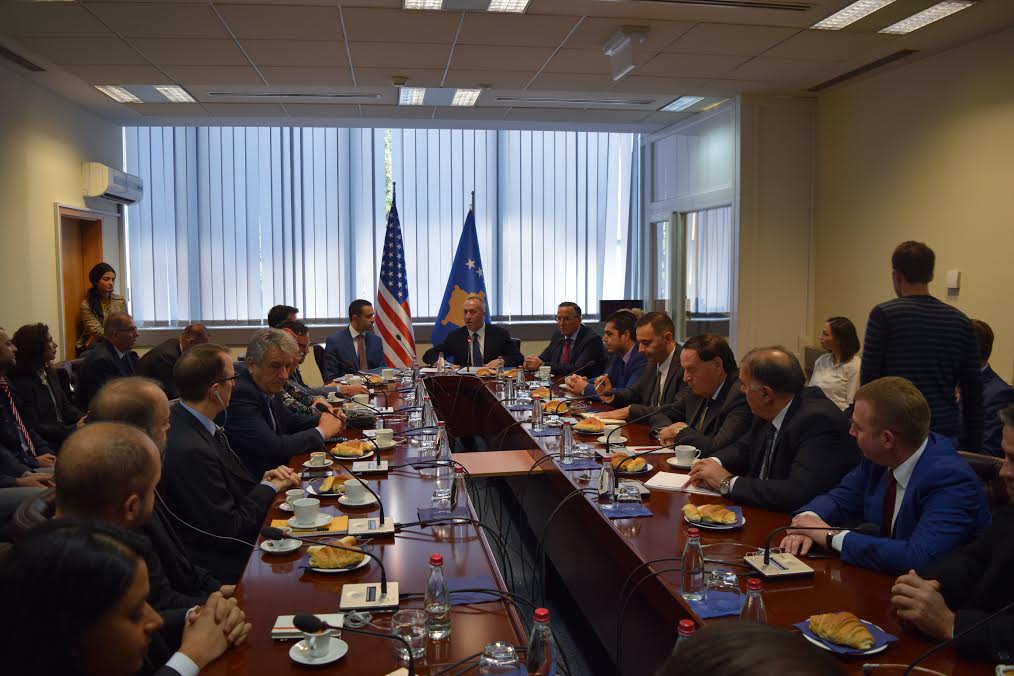 Prishtina, October 9, 2017- Increasing manufacturing sector competitiveness through favorable fiscal policies, enacting tax holidays for spurring new investments, creating financing mechanisms for entrepreneurship and innovation, and creating a better linkage between the private sector and the education sector were only a few of the recommendations given by the American Chamber of Commerce in Kosovo to the Government of Kosovo. AmCham member companies had the chance to present these recommendations during a meeting organized with Kosovo’s Prime Minister Haradinaj and a number of ministers of the Government of the Republic of Kosovo.

Prime Minister Haradinaj expressed his satisfaction at welcoming AmCham’s business delegation, and stressed that his Government will serve as a partner to businesses in addressing and removing all barriers that impede the doing business environment and private sector development efforts. He informed businesses that the growth of Kosovo’s budget will be done only through economic development, as opposed to increasing applicable tax rates. Haradinaj confirmed his willingness to further strengthen public-private dialogue, by organizing similar meetings with AmCham member companies on a monthly basis.

Arian Zeka, AmCham Executive Director, elaborated some of the main recommendations which were compiled through different AmCham committees. He expressed his gratitude to the Government for accelerating the steps for continuing the fiscal reform, while also noting that there is a need for increased dynamism in addressing other topics of concern for businesses as well. Zeka added that AmCham is ready and willing to give its contribution in all matters which impact the doing business environment in the country.

Other ministers present at this meeting confirmed their readiness to take AmCham’s recommendations under consideration, and informed businesses on the plans of the Government to help in improving the efficiency of the judicial sector, and on plans to ensure a long-term stability of electricity supply. During the meeting the issue of reforming the education system in line with private sector labor needs was also discussed.

AmCham member companies had the chance to discuss on other topics impacting their operations and offered their take on matters related to Kosovo’s economic development efforts.