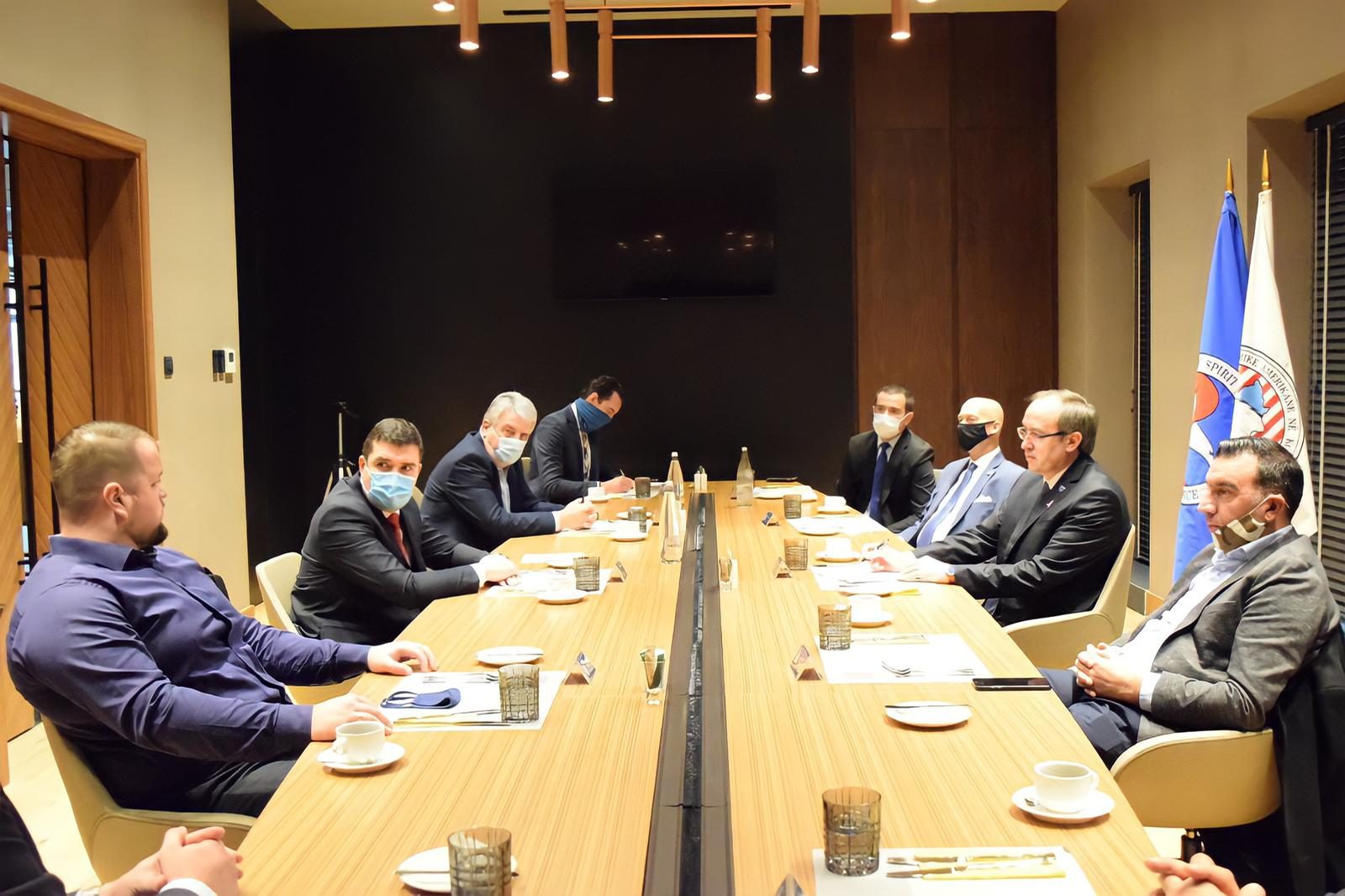 Prishtina, October 29, 2020 – The American companies operating in Kosovo met today with the Prime Minister of the Republic of Kosovo, Avdullah Hoti, to discuss plans for the country’s economic development, including the alleviation of bureaucratic procedures as well as additional mitigations which would improve the climate of doing business in the country.

During this meeting organized by the American Chamber of Commerce in Kosovo, representatives of U.S. companies such as Coca-Cola HBC, Microsoft, Cisco, and Stone Castle as well as the honorable former U.S. Congressman Jerry Weller were present.

Prime Minister Hoti elaborated on the Government’s plans to create a competitive environment for doing business while highlighting that special attention is being paid to the implementation of the projects deriving from the Washington Agreement that would create multiple effects on the country’s economy. According to the Prime Minister, it is planned that within a 5 to 7-year period, Kosovo’s economy is transformed into a hub in terms of regional communication. Furthermore, the Prime Minister stated that the Government is collaborating with the World Bank toward reducing the administrative burden for businesses, reviewing several laws as well as simplifying bureaucratic procedures for all economic sectors. He also added that creating the necessary conditions to attract foreign investors on a regional level is imperative, considering that they are already turning away from the far east.

Former U.S. Congressman, honorable Jerry Weller, spoke of the need to develop a governmental program that supports the manufacturing and export sector, taking into account the fact that the American Generalized System of Preferences in which Kosovo is also included, expires this year. Whereas, AmCham U.S. member company representatives had the opportunity to address the needs and requests of the sectors they operate in, as well as offer their recommendations for the measures that can be taken towards improving the business climate in Kosovo.