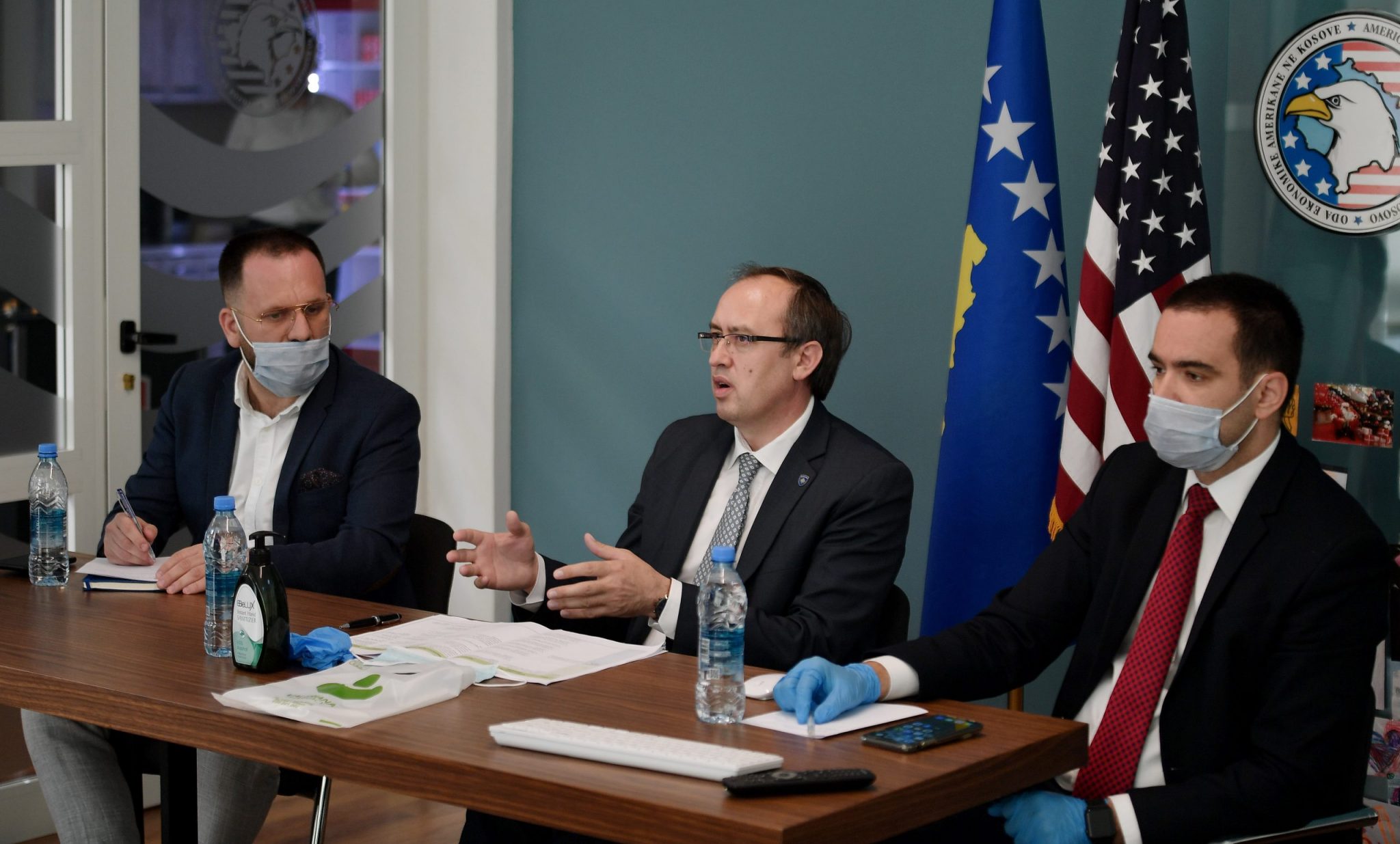 Prishtina, July 4, 2020 – With the aim of discussing the concerns and concrete proposals of the private sector after the outbreak of COVID-19, the Prime Minister of the Republic of Kosovo Avdullah Hoti, along with the Executive Director of the American Chamber of Commerce in Kosovo Arian Zeka and the President of the Kosovo Chamber of Commerce Berat Rukiqi organized a virtual conference with enterprises of different sizes and sectors operating in Kosovo.

“On principle, we have agreed to have an economic recovery package which helps businesses and families to the extent of the impact the pandemic has had. The assessments of the Central Bank and the IMF are for a 5% contraction since the beginning of the pandemic,’’ stated Prime Minister Hoti, adding that the fund for the economic recovery is about 400 million euros, which is close to the economic fall. He said that they will support commercial banks in maintaining the interest rates offered before the outbreak of the pandemic.

The President of Kosovo Chamber of Commerce Berat Rukiqi, said that the chambers of commerce have been in contact with the Prime Minister and the Government to voice the concerns of the private sector and recommend actions that would enable the implementation of the measures of the recovery package. On the other hand, the Executive Director of the American Chamber of Commerce in Kosovo Arian Zeka explained that both chambers of commerce have coordinated proposals with the Central Bank for economic recovery after COVID19, and those were also presented to the Government and relevant ministries.

Business representatives from various sectors such as food and clothing production, food trade, media, gastronomy, fuel trade, and physical security, addressed their concerns that were mainly related to the decline in consumption and difficulties with liquidity, access to finance, and export support.