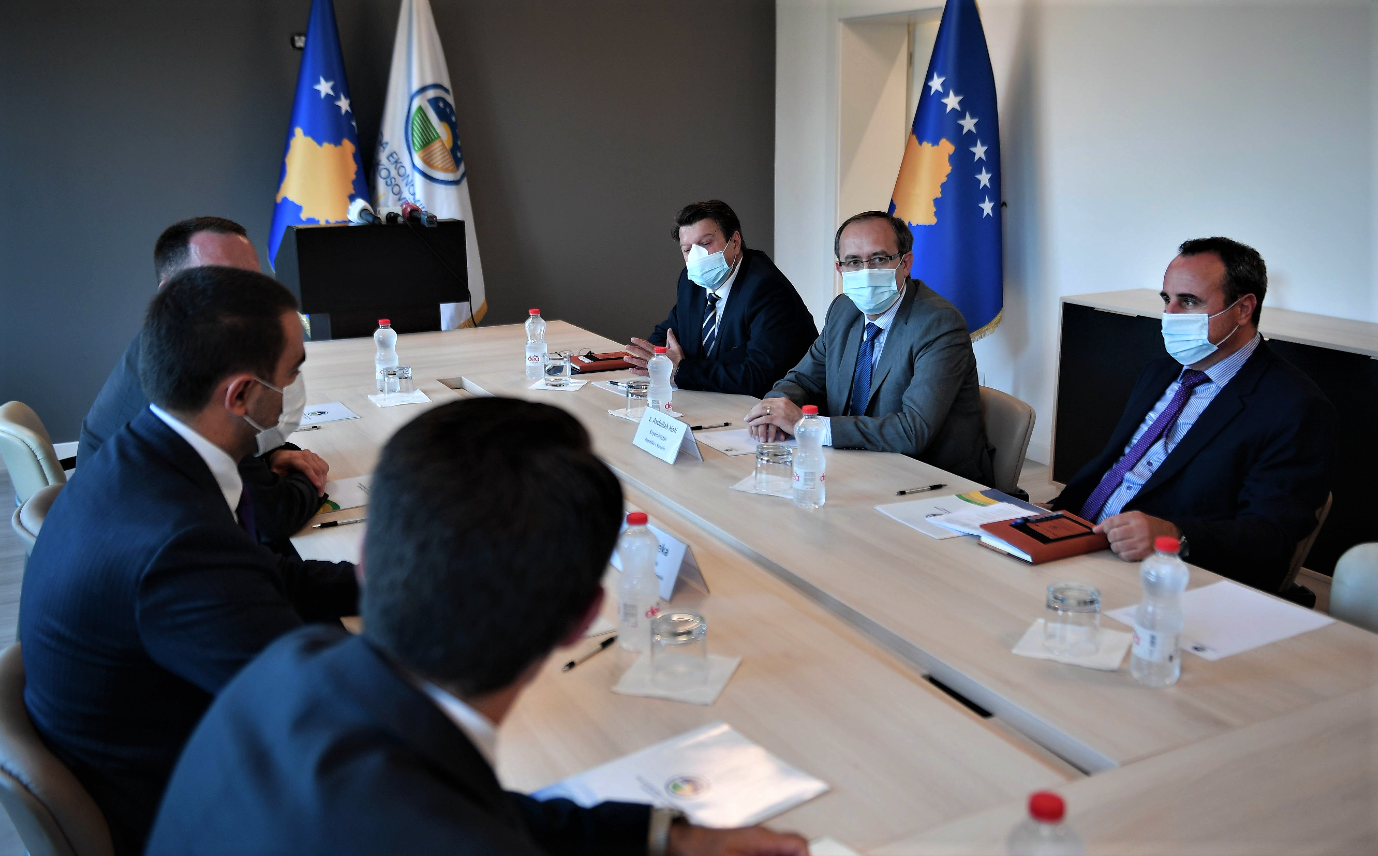 Prishtina, September 23, 2020 – The passage of the Draft Law on Economic Recovery by the Assembly of Kosovo and the implementation of the projects deriving from the Washington Agreement on Economic Normalization between the Republic of Kosovo, and Serbia, were some of the topics discussed during a meeting between the Prime Minister of the Republic of Kosovo Avdullah Hoti, with the Executive Director of the American Chamber of Commerce in Kosovo, Arian Zeka, the President of the Kosovo Chamber of Commerce, Berat Rukiqi as well as representatives of member businesses of both chambers of commerce.

Prime Minister Avdullah Hoti stated that the Economic Normalization Agreement with Serbia has created a new momentum, through which Kosovo can become a vibrant area with thousands of new jobs within the next five years. Hoti also stressed that it is imperative for the Government to collaborate with chambers of commerce and the business community towards revitalizing the country’s economy, especially following the agreement. While speaking about the opportunities deriving from the Draft Law on Economic Recovery, Prime Minister Hoti appealed to all parliamentary groups to vote for the same as soon as possible.

During this meeting, the need to meet the legislative agenda in order to facilitate the activity of businesses was also discussed, while representatives of member businesses of both chambers of commerce had the opportunity to offer their perspectives on the current state of businesses in the country.