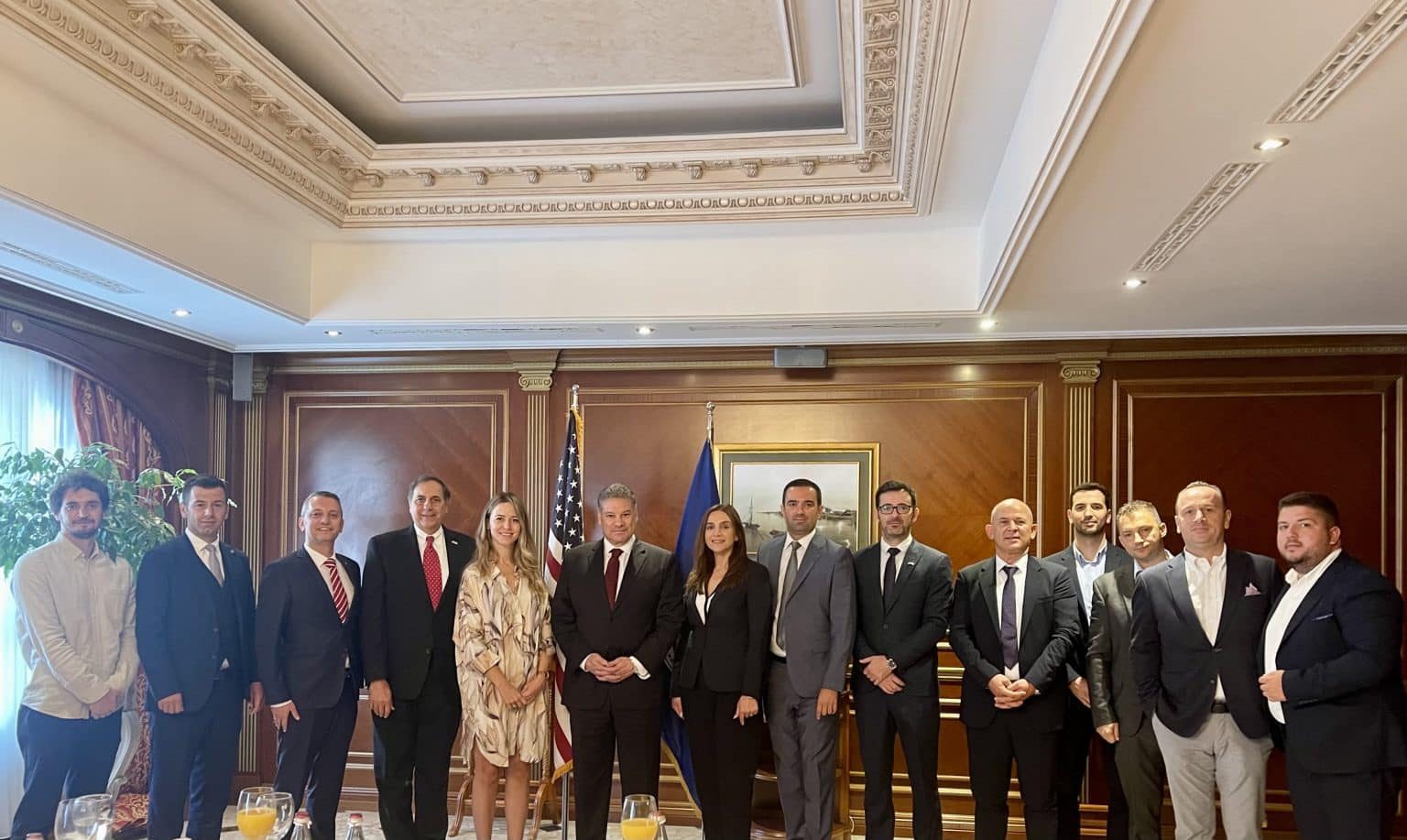 Pristina, August 24, 2022 – Private sector has a key role to play in the accelerated growth of the individual economies and the regional economic integration of the Western Balkans, as U.S. Deputy Assistant Secretary Gabriel Escobar highlighted in a meeting with leadership and members of the American Chamber of Commerce in Kosovo.

“The story of the Western Balkans is one of phenomenal growth and phenomenal economic opportunities present here,” said Deputy Assistant Secretary Escobar.

While he acknowledged that some growth is related to post-COVID economic activities and remittances, there is strong economic growth in almost every country in the Western Balkans.

“The message that I want to give to American companies is that if you have a consolidated, open market in the region, you have the capacity for turbo-charged growth in LNG, in shipping, transportation, IT, renewable energy, and smaller sectors such as tourism and entertainment. These investments will serve not only the Western Balkans, but Eastern Europe in general,” Escobar said, adding that the Balkans have the potential to become a service provider for all of Europe. He said that pro-business governments that are open to cooperating across borders are key to unlocking this economic potential.

Deputy Assistant Secretary Escobar and the representatives of the American Chamber of Commerce in Kosovo also discussed the potential of the Open Balkan Initiative to provide for economic growth, job creation, and FDI in the region, contributing to stability and prosperity.