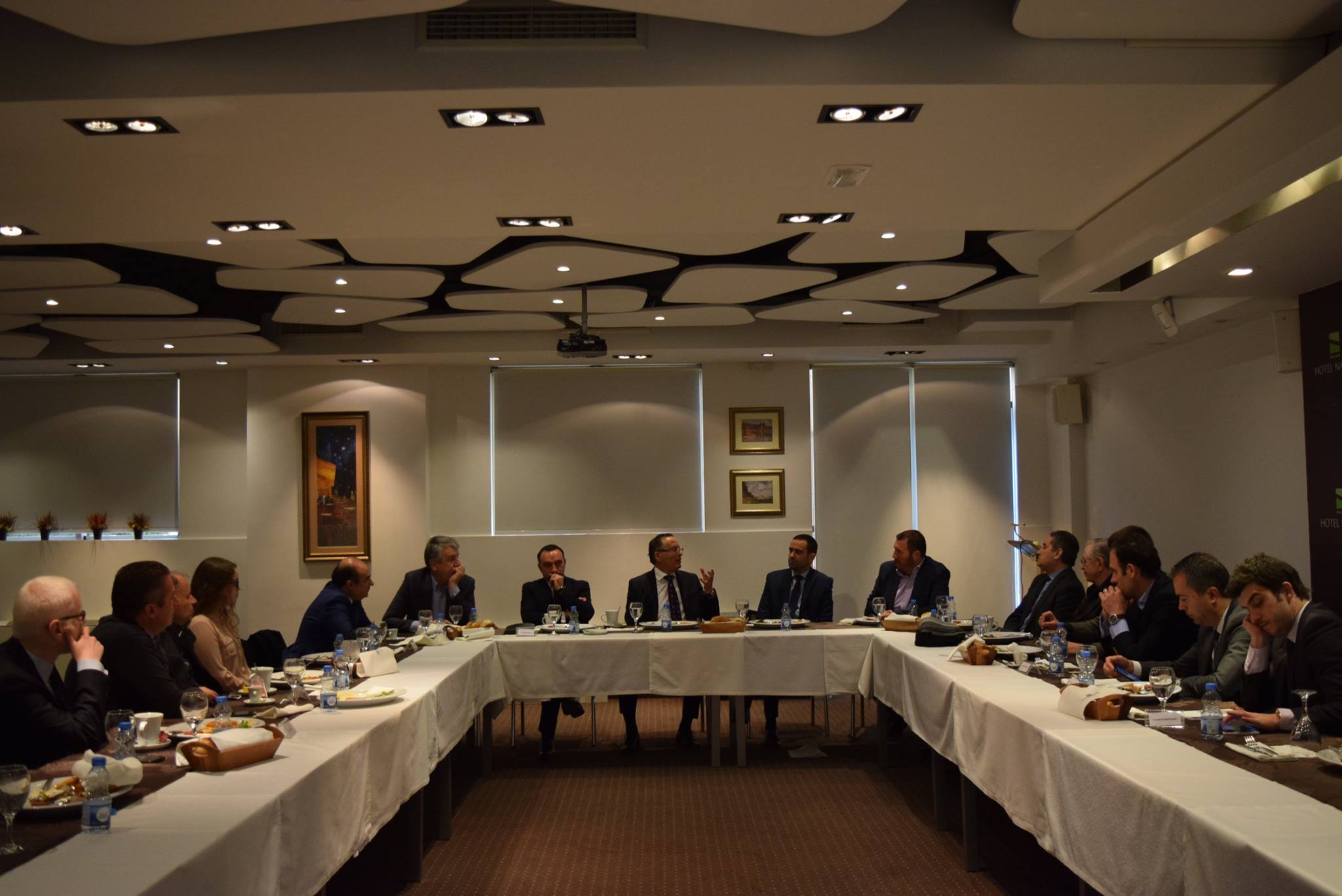 Prishtinë, January 5, 2018 – The new fiscal measures, implemented from January 1, 2018, will impact country’s private sector positively, and also increase the competitiveness of Kosovo manufacturers vis-à-vis those in the region. This was said today during the Breakfast organized by the American Chamber of Commerce in Kosovo with the Minister of Finance, Bedri Hamza, where the attendants got informed about the changes in the fiscal framework and the ministry’s plans for the year.

Arian Zeka, Executive Director of the American Chamber, expressed his satisfaction in the realization of AmCham’s initiative in establishing these fiscal policies, which has resulted in private sector’s accelerated growth, especially the manufacturing and technology of information and communication sectors. He stressed that AmCham remains committed in cooperating with the Ministry of Finance and other institutions in initiatives that aim in the country’s private sector improvement.

Minister of Finance, Bedri Hamza, expressed his belief that only through country’s private sector is possible the achievement of high norms in economic development and creating new jobs. Related to this, he clarified that the new fiscal policies, including exemption from custom duties for raw materials and IT equipments, but also from excise taxes in fuels used in manufacturing processes, aim to improve the environment of doing business in the country in order to enable the private sector companies the necessary preconditions to develop and compete in the region and further on.

Minister Hamza also mentioned that they are working on the establishment of necessary legal and institutional preconditions on collecting the VAT within the country, which would improve the private sector companies’ liquidity. He explained that the Ministry is aware of the need on amending other tax laws for the purpose of identifying many challenges and existing inequalities in the market.

The attendants discussed also other concerns with the Minister of Finance that impact the private sector, such as the minimum wage and fighting informality.