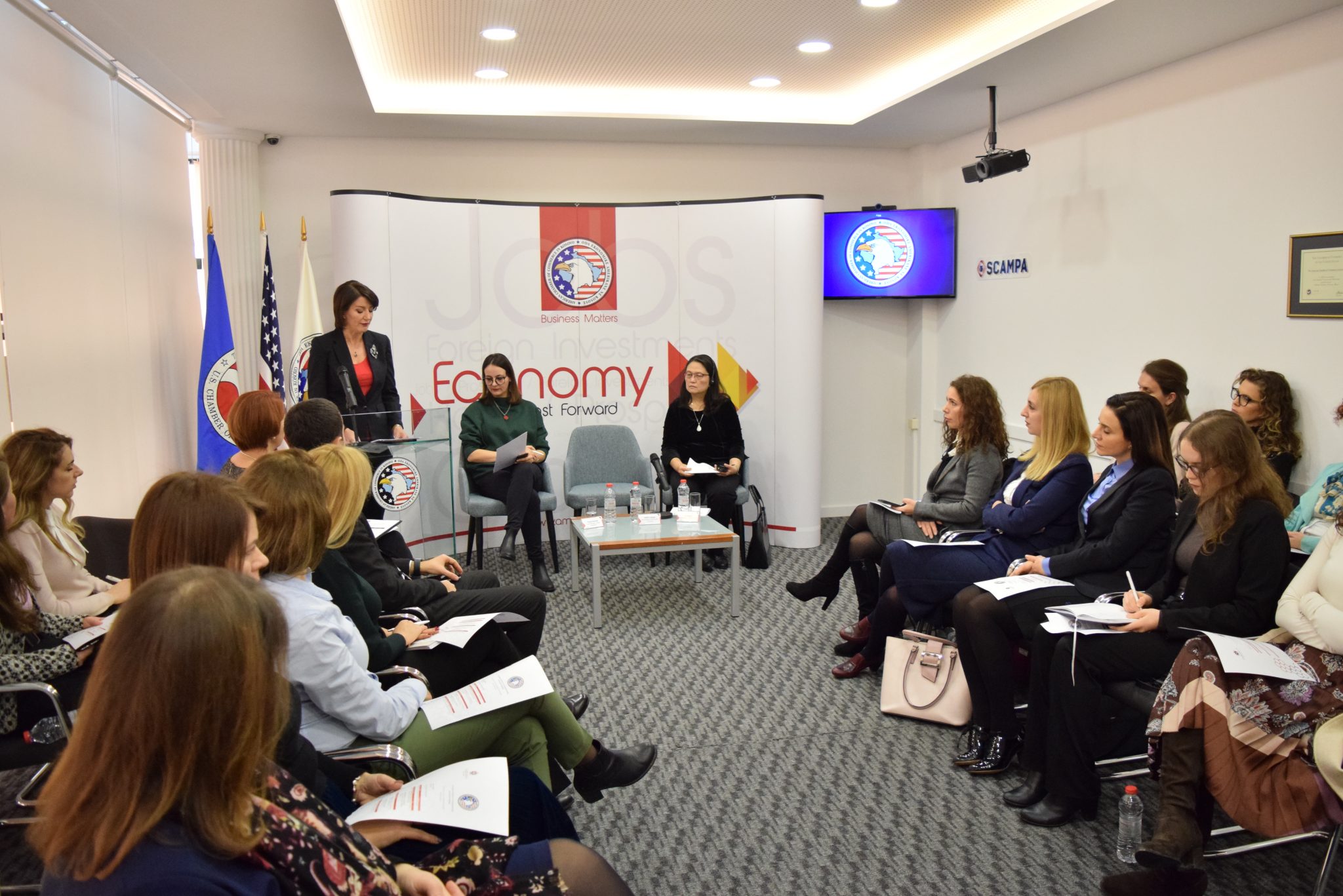 Prishtinë, December 20, 2018 – Women participation in labor market remains at low levels, whereas their promotion in entrepreneurship is necessary in order to ensure stable economic development in the country which will be possible with the support of institutions, businesses, and successful women as well. This was said today during the roundtable organized by the American Chamber of Commerce in Kosovo in cooperation with Jahjaga Foundation where it was mainly discussed on the role of women in entrepreneurship and their development.

The 4th President of the Republic of Kosovo, Atifete Jahjaga, said that women empowerment is crucial in economic development and prosperity of the country. She said that besides numerous challenges women face in entrepreneurship, there is noted progress in this regard thanks to the courageous women and their initiatives undertaken in their further professional and social development. President Jahjaga added that through economic, political, and social empowerment of women, the country will have stability, saying that this is reflected in continuous democracy, stable economic growth, and stability in the private sector.

USAID Mission Director in Kosovo, Lisa Magno, mentioned the discouraging low participation rate of women in the labor force in Kosovo, with only 20%, and only 11% women-owned businesses. She informed the participants that USAID has worked in this regard in enabling new opportunities for women in business, promoting and providing skills, thus breaking barriers in further inclusion of women in entrepreneurship.

Magno encouraged women present to empower each other adding that their businesses serve as role models for young girls.

Further on, women representatives from AmCham member companies exchanged their success stories and the challenges they faced in their journey, pledging to find better ways together in supporting women and girls for a more active role in entrepreneurship and decision-making positions.