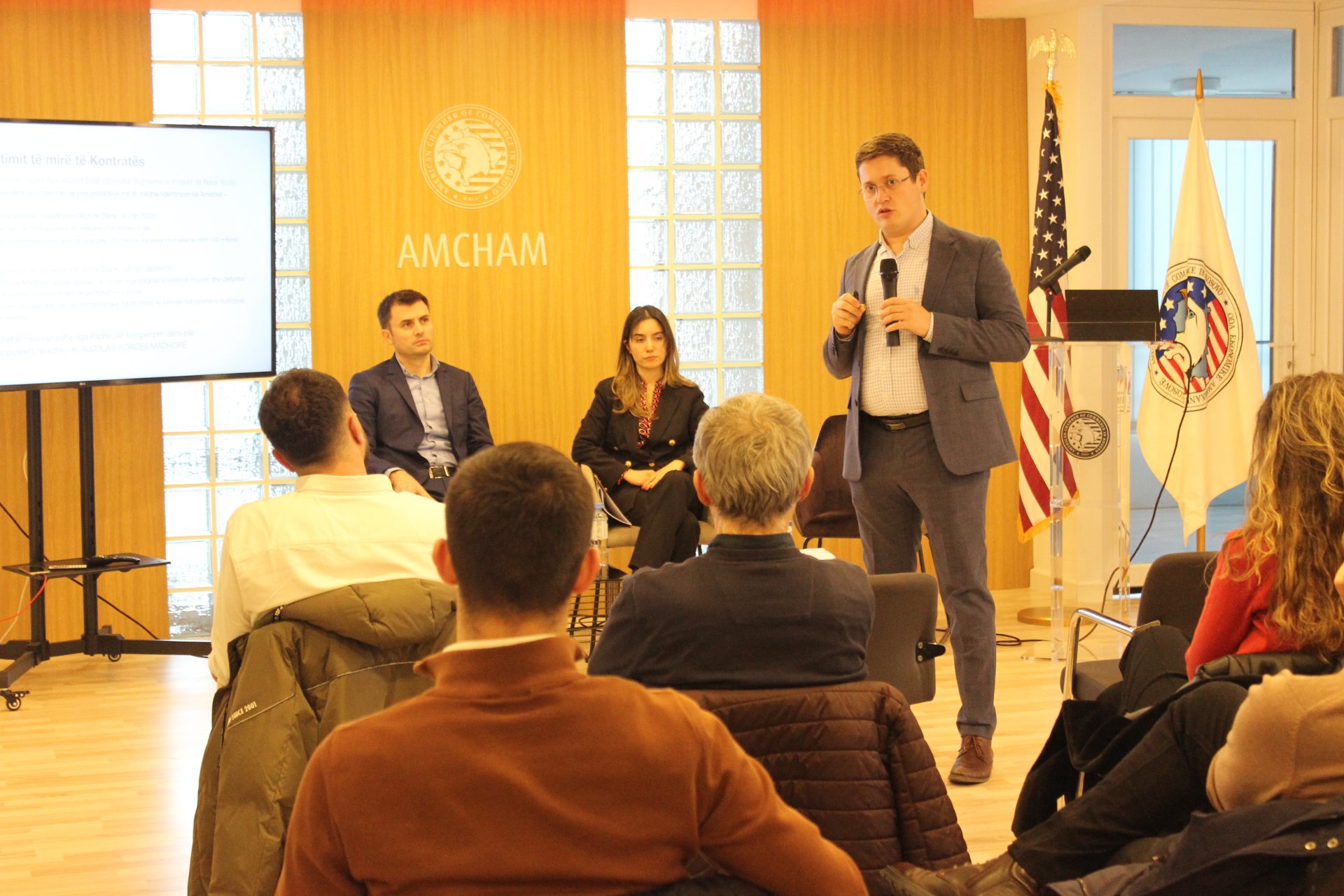 Prishtina, December 21, 2021– Drafting contracts, the role of lawyers, the building blocks on which a contract is built, arbitration and dispute resolution were some of the topics addressed at the American Chamber of Commerce in Kosovo today.

In addition, he said that the only effective ‘tool’ that a contract will be implemented by the other party is the compensation for damages and that if something is not functioning in the implementation of the contract, then the problem lies with the drafter and the way of how the contract was drafted. The role of the lawyer in drafting contracts is to analyse the details and business logic of the agreement and understand it and afterwards transform it into a specific contract.

Mentor Hajdaraj, Partner RPHS Law, said that if the team and the legal office do not function then in most cases the parties seek solutions in court. He mentioned the aspect of the negotiation between the businesses to reach the contract and until then a lot of work needs to be done in clarifying the details.

Moreover, he mentioned the importance of understanding the nature of business and analytical skills as two important points in drafting contracts.

Mentor Hajdaraj said that the business term sheet summarizes the logic of the transaction that will be prepared which includes dates, investments, responsibilities and that it is preferable to obtain the approval of persons who have been part of the negotiations.

The legal term sheet includes seven building blocks of contracts which are divided into representations relating to market power, warranty, obligations, restrictions, and rights of the other party.

Festa Stavileci, RPHS Law emphasized efficiency, expertise and low cost as some of the advantages of arbitration over courts in resolving disputes.

A well-drafted contract is essential in resolving cases without sending the case to court, and it is the above-mentioned blocks that reduce the possibility of errors in drafting contracts said Hajdaraj.