Government to focus on ensuring the recovery of HORECA sector 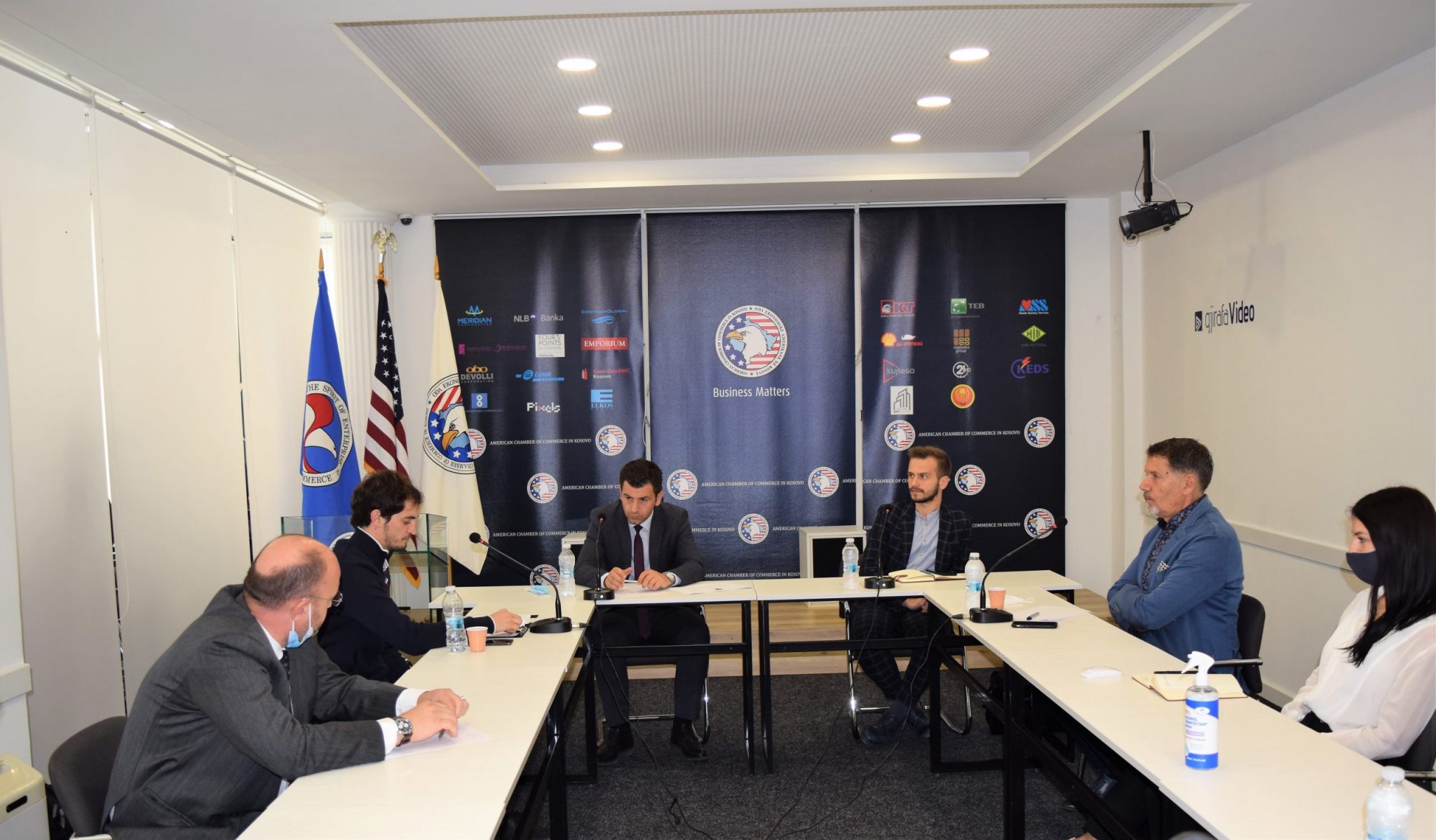 Government to focus on ensuring the recovery of HORECA sector

Prishtina, October 8, 2020 – Businesses operating in the HORECA industry, namely hotels, restaurants, and cafes, have clearly been among the most affected by the impact of the COVID-19 pandemic and the restrictive measures taken in order to prevent its spread.  The decline in circulation of revenues, as well as the increase in consumer trust in luxury products and services offered by this sector have caused tremendous damage to this industry. During the next virtual forum organized by the American Chamber of Commerce in Kosovo, business representatives of the HORECA industry discussed about the implications the pandemic has had on these enterprises.

Erëmal Bajrami, General Manager at KFC Kosova, and also Chairperson of AmCham Hospitality and Tourism Committee, as well as moderator of this forum, stressed that during this year the HORECA industry has been severely affected by the COVID-19 induced isolation, which has played a rather large role in the drastic downturn in the economy, the consequences of which will be present for years to come.

Shkumbin Muçolli, General Manager at Burger King Kosova, as well as a member of AmCham Board of Governors, emphasized that the past months, respectively those since the outbreak of the pandemic in March, have been characterized by a decline in business turnovers and unfortunately massive job losses. Referring to the measures taken by the Government, including the Economic Recovery Package which is still awaiting approval, Muçolli said that although this package has been delayed, it remains very important for the survival of businesses in the country. He also stressed the importance of the HORECA sector, thanks to the large number of  people it employs, the influence it has on improving the country’s image, as well as its overall impact as one of the main pillars of the economy, while saying that the cessation of the activities of this sector will further deepen the crisis we are currently experiencing, thus consequently stagnating the economic development for years to come.

Gani Mehmeti, Chief Executive Officer at Hotel Nartel, spoke about the difficulties his hotel is facing during this time. He expressed his dissatisfaction with the state’s approach to the hospitality sector, stressing that during this period many businesses are forced to lay off their employees as they are no longer able to provide them their wages. According to him, another issue that needs to be addressed by both the Government and the general public is the lack of involvement of representatives from the most influential sectors in Kosovo’s economy in the processes of drafting laws which affect these sectors, as they are able to provide a more realistic picture of the challenges and difficulties they are currently experiencing thus helping to create and implement a  more comprehensive approach to their problems.

Bujan Stavileci, Sales and Marketing Manager at the Four Points Hotel by Sheraton Prishtina City, stressed that hospitality as an industry, combines within itself other sectors such as gastronomy, entertainment, and event planning, therefore the implementation of protective measures against the COVID-19 pandemic has created a major challenge within the Four Points Hotel, which had already opened its doors during a period of crisis.  According to him, the pandemic has significantly affected the customer trust towards luxury services provided by the hotel. Stavileci also gave special emphasis to the gaps within the protective measures taken by the Government, in which case he stated that they should be customized based on the specifics of industries, so that their implementation is more easily applicable by citizens who frequent hotels in Kosovo, and businesses of the HORECA industry in general.

According to the panel invited to this roundtable organized by the American Chamber of Commerce in Kosovo, the Government must increase its support by injecting additional funds and reviewing the measures established for this sector, while the Assembly must take a more serious approach regarding the Draft Law on Economic Recovery, as any delay will result in more losses to the country’s economy.